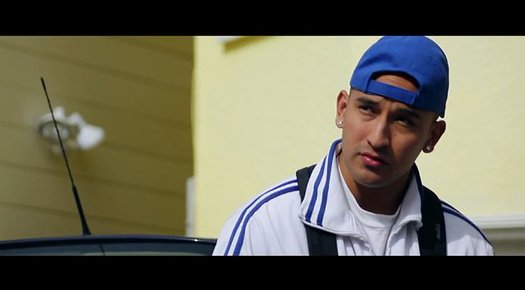 Posted at 09:18h in Arts and Culture, Entertainment by Pulse Editor 0 Comments

When Nora Vigil first saw the scenes of domestic and street violence in the new local film, Sin Padre, she “thought of the violence occurring in Richmond,” even though the film is set in San Francisco’s Mission District.

Written and directed by Bay Area filmmaker Jay Francisco Lopez, Sin Padre screened at the Richmond Public Library last month for an audience of about 50 people.  The event was hosted by Brookside Community Health Center and Healthy Richmond. Vigil was one of the dozen or so health promoters who were presenting the film, and she introduced it as an opportunity for Richmond to start its own conversation about domestic violence, abuse, gangs, and family relationships.

Sin Padre opens with a scene of an English teacher challenging his students to write about themselves, where they come from and who they are. The students in the class show a clear knowledge of their racial identity, heritage, and family. But when it’s time for Juan, the film’s 17-year-old protagonist from Honduras to answer, he announces that he is “from nothing.”  Juan, we learn, has no father, only a single mother. It’s an unexpected and awkward admission.

Juan knows nothing about his father because his mother, Maria, refuses to speak about him. For 17 years, Maria has kept the identity of Juan’s father a secret from her own father, Victor, and her younger sister, the successful college graduate, Vanessa. Maria works as a maid for a hotel in downtown San Francisco. She is estranged from her father, who has continued to shame Maria for becoming pregnant at 14. Rumors about her have circulated throughout the Mission for the past 17 years.

Juan lacks any real male influence in his life and has a strained relationship with his grandfather, whose shame toward his mother is palpable. The teenager envies the father and son relationship of Anthony, his best friend. Ironically, the one man that Juan has a connection with, in a sense, is his Tio Hector, who is in federal prison. Juan and Hector write to each other – unbeknownst to Maria, who forbids Juan from knowing anything about Hector, since Hector was one of the cholos — still deeply admired by the young men in the neighborhood and one the OG’s from the Mission; the definition of a man, owning his respect.

Sin Padre takes an interesting angle on masculinity, motherhood and gender dynamics. In the film, being “a man” in the Mission means losing one’s virginity, protecting one’s turf, being down for La Raza, and demanding respect. Knowing one’s history is part of being a man, something that all the men in the film keep mentioning. However, as seen by the relationship between Juan and Maria, it’s also clear that single mothers are raising many of the young men in the film.

The film discredits the role of mothers, and the place mothers and women have in the neighborhood: women in the film are often portrayed in limited representations as women spreading rumors, being attached to men, and not having any self-determination.  Juan’s mother is a main character but has no influence. In fact, her motherhood goes unnoticed and is even devalued when compared to the parenting a father can give. When Maria finally reveals she was raped by Tio Hector, and that he is the father of Juan, she is immediately forgiven by her father, who had never been able to forgive her for getting pregnant or dropping out of high school. I thought it troubling that it was at this point that Maria was accepted and validated — not only by the characters, but by the very narrative of the film itself.

Nevertheless, the scenes of domestic and sexual abuse in the film did open up a conversation for the audience, which was joined after the screening by a panel of social workers, City of Richmond officials and director Jay Francisco Lopez. The discussion was focused on the nature and impact of domestic abuse.

Audience members were told about a number of community resources available to them, and announcements were made by the program host organizations about their next actions for creating a safer and healthier community. Among them, Ms. Vigil announced that the next cohort of Richmond health promoters will be graduating from Brookside this year. The health promoters are expected to continue founding projects focused on mental health, nutrition and relationships.