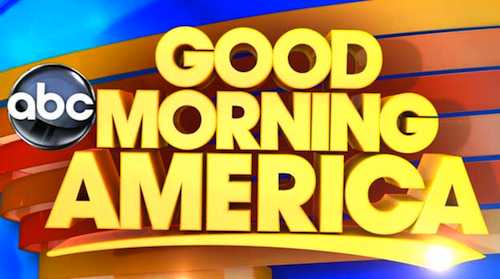 Posted at 20:45h in Immigration, News by Pulse Editor 0 Comments

News Report, Viji Sundaram, New America Media
The ABC news show Good Morning America has dropped use of the term “illegal” when describing immigrants in the country who have no documents to establish their legal residency. Earlier this week, anchors for the popular morning program opted instead for “undocumented Americans.”

Immigrant rights groups across the country are hailing the decision.

“It reflects the trend of news outlets to treat every human being as an actual human being and not label us,” said Rinku Sen, president and executive director of the racial justice organization, Race Forward, and publisher of the award-winning news site, ColorLines.com.

Race Forward (formerly known as Applied Research Center) has been orchestrating a “Drop-the-I-Word” campaign since 2010 through advocacy and through coverage on Colorlines.com. By last September, such media outlets as the Associated Press, USA Today, LA Times and the San Francisco Chronicle, among other publications, dropped the i-word.

But by using the term, “Undocumented Americans,” GMA went a step farther.

It gives a sense of “inclusiveness,” noted Richard Figueora, director of health and human services at The California Endowment, the state’s largest private health foundation.

Ethnic media in the United States have differing views on what term to use to describe undocumented residents, New America Media reported two years ago. Korean media, for example, often refer to them as “illegal overstayers,” reflecting Korean migration patterns to the United States.

“Translating ‘undocumented immigrants’ would be too long to understand,” its former CEO Thuy Vu said at the time. Vu is now with Bay Area-based public broadcaster KQED.

“Good Morning America, like so many other news organizations, has recognized appropriately that its viewers do not need to hear derogatory phrases while getting their morning news. We hope that the Today Show and others will follow in their footsteps and drop the ‘I’ word.”

Earlier in the week, the New York Times used the term “undocumented immigrants” in reporting about a New Jersey bill called The Dream Act, now being debated in the legislature, that will allow students who crossed the border illegally with their parents to access state financial aid programs.

It’s hard to say with any degree of certainty whether the media trend to describe immigrants without papers in gentle terms will influence federal lawmakers as they resume debating the contentious immigration reform bills next year.

Roberto Lovato, Bay Area writer and cofounder of Presente.org, which played a role in the Drop-The-I-Word campaign, thinks it will. He said GMA’s use of the term, Undocumented Americans, is sure to have a ripple effect that could lead to major changes in the way people perceive immigrants.

As any expert in linguistics knows, Lovato observed, dropping the “n” word, the “f” word and the “c” word from common parlance has “brought a colossal shift in the public consciousness.”

Now, “you have to put those words in quotes when using them,” Lovato pointed out.

The US Senate passed an immigration bill earlier this year that would give amnesty to the currently 11 million undocumented Americans, and eventually a path to citizenship. The House Judiciary Committee has approved several immigration bills, but none that would offer legal status to those 11 million people. Leaders from both parties said they would take up the issue early next year.

Sen observed that the continued use of the i-word prevents truthful, respectful debate on immigration. No human being, she said is illegal; only certain acts can be.