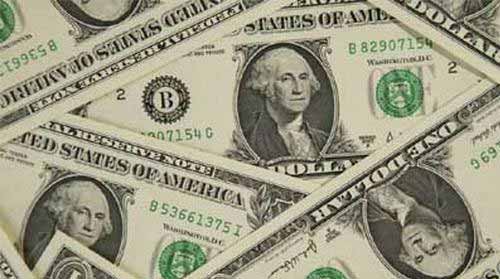 Posted at 12:01h in News by Pulse Editor 0 Comments

“Facts on Ethnic Elders” is a monthly column on research findings about ethnic elders present and future. It is supported by a grant from The Atlantic Philanthropies.

“People of color face particularly severe challenges in preparing for retirement,” states a new report titled, “Race and Retirement Insecurity in the United States,” by the National Institute on Retirement Security (NIRS).

Although every demographic group faces significant risks, says the analysis, “Americans of color are significantly less likely than whites to have an employer-sponsored retirement plan or an individual retirement account (IRA), which substantially drives down the level of retirement savings.”

In a live webinar last week NIRS Research Manager Nari Rhee stated, that unless the United States addresses the paucity of retirement resources, “I think we’re in real trouble.”

Underscoring the national retirement crisis ahead is the report’s finding that the typical U.S. household nearing retirement has only an average of $12,000 set aside in retirement savings to supplement often modest Social Security checks.

Delving into federal data, Rhee examined racial disparities in retirement readiness among working households age 25-64. She found that three of four black households and four in five Latino households of working age have less than $10,000 in retirement savings, compared to half of white households.

In addition, says the report, about two-thirds of black (62 percent) and Latino (69 percent) households of working age have not one dime in a retirement account, compared to a still-paltry one-third (37 percent) of white households.

According to the report, “Workers of color, in particular Latinos, are significantly less likely than white workers to be covered by an employer-sponsored retirement plan.” While 62 percent of whites had pensions, just over half (54 percent) of working age black and Asian workers and 38 percent of Latino employees work for an employer that sponsors a retirement plan.

The report stresses, “Some 92 percent of working households do not meet conservative retirement-savings targets for their age and income. Even when counting their entire net worth, 65 percent still fall short.”

A major area of retirement security for non-white workers has been landing a government job, such as a postal carrier, teacher or transit worker. According to the NIRS report, 81 percent of all public employees report having an employer-sponsored retirement plan compared to only 52 percent of private employees.

In addition, most retirement benefits in public jobs are in more generous traditional pensions that provide retirees a defined amount every month with cost-of-living increases to keep ahead of inflation. In contrast, most private employers that do offer pensions set up 401(k) type plans to which they may contribute funds, but which leave investment decisions (which funds to put the money in) up to individual workers.

The report emphasizes, “Interracial disparities are much greater in the private sector than in the public sector.”

Rhee said in an e-mail, however, that although public employment “has helped narrow racial and ethnic inequalities and strengthen the middle class,” that trend is changing. Polls show falling public support for public-service workers and their pensions, while pension coverage in the private sector is also declining.

“Black workers are more heavily represented the public sector than are other major racial groups,” says the report, which means they are more apt to have the older type of pensions that do not depend on stock market fluctuations.

Latino households are half as likely (12 percent) as white or black households to have a traditional pension. This is partly because far fewer Hispanics work in public sector jobs and are highly concentrated in low-wage industries, the study says.

The new analysis supplements a report NIRS published earlier this year, “The Retirement Savings Crisis: Is It Worse Than We Think?”

The study found that 45 percent, or 38 million working-age households, have zero assets in retirement accounts.

The NIRS report comes on the heels of a recent paper titled, “Social Security Is Especially Important to Minorities” by economist Paul Van de Water of the Center for Budget and Policy Priorities.

Van de Water’s analysis is a response to a narrower study by the Urban Institute concluding that African Americans and Hispanics as a group each pay more in Social Security taxes in a given year than they receive in benefits.

But Van de Water counters that although the share of payroll tax contributions from black and Latino workers in a single year may exceed their share of benefits, “this doesn’t change the fact that African Americans and Hispanics will typically receive above-average returns on their contributions over their lifetimes.”

Among seniors, he went on, Social Security represents 90 percent or more of income for 35 percent of whites, 42 percent of Asian Americans, 49 percent of blacks and 55 percent of Hispanics.