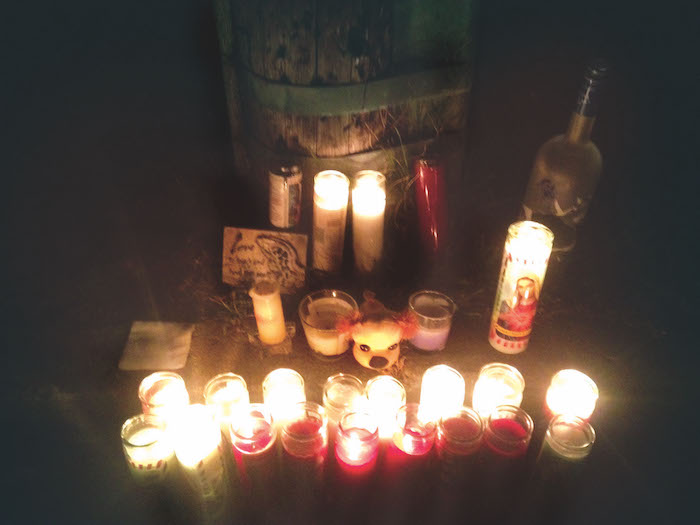 At her last Meet With the Mayor session of 2013, on December 20, Mayor Gayle McLaughlin led a moment of reflection to honor the 16 lives lost to homicide in Richmond this year. A small group gathered in a room at the Richmond Public Library, and with a candle burning in the center of the room, McLaughlin read the names of all those whose life was cut short, many of them young people:

Mayor McLaughlin leads this annual moment of reflection to remember “every precious life that has left us in this sad, tragic way.”

While acknowledging the city’s violence prevention efforts, she also noted the role of the Richmond community as key to continuing the downward trend in homicides.
“I do think it’s a collaborative effort, but I give special credit to the community. I have seen the community come together again and again, whether it’s through Ceasefire, the re-entry programs or tent city a few years back… I think the community really understands that the way to build peace is by building a community.”