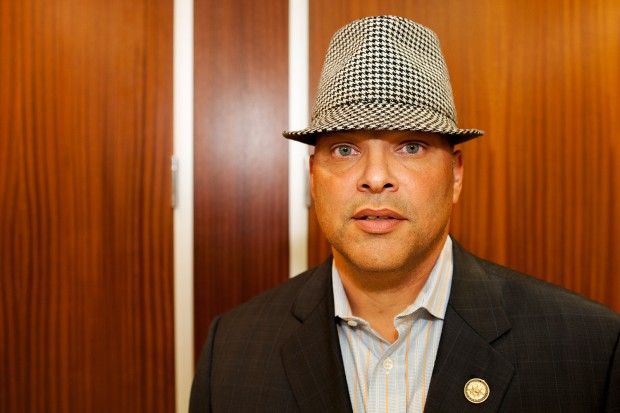 Richmond, CA has experienced another consecutive year of historic declines in violence. The City marked its lowest homicide rate in 33 years in 2013.

While we should celebrate this milestone with great exuberance, the media coverage about this success has been shortsighted. The police officers in Richmond certainly deserve recognition, but so do the young men who have decided to stop the violence.

When one truly desires to live, better decisions are made, lives are changed, and conditions are created that help to transform a city.

Each day in Richmond, boys and men of color between the ages of 13-25 (sometimes younger, sometimes older) face significant challenges including that of negotiating conflicts that have traditionally led to vicious cycles of gun violence. For example, such disputes produced more than 160 deaths here between 2006-2009.

In late 2007 the City of Richmond created the Office of Neighborhood Safety (ONS). The ONS is a non-law enforcement city agency with the charge of reducing firearm assaults and associated deaths. In 2013, the city recorded the lowest number of firearm assaults and homicides in more than three decades, and has experienced a 66% reduction in such crime between the ONS launch and 2013.

Although street level conflicts (disputes that may result in retaliatory cycles of gun violence) are ongoing, and several were certainly navigated by our city’s most vulnerable young men in 2013, their responses to these transgressions were far different than in past years.

In mid-2010, the ONS launched the Operation Peacemaker Fellowship, known nationally as “the Richmond Model.” As it is called by its local users, “the Fellowship” is an 18-month intensive transformative mentoring program that is responsive to and customized for those identified to be the most likely perpetrators and/or victims of firearm assaults in Richmond. Since 2010, there have been three Fellowship cohorts and as a result 68 boys and young men of color have agreed to participate. The results of this robust engagement have been dramatic and promising.

Of the 68 Fellows over the past 43 month period: 65 are alive (95%); 64 have not been injured by firearm (94%); and 57 are not in custody (84%). The Fellowship, and its Fellows, have contributed to a 50% reduction in firearm related homicides in Richmond compared to the four years before the Fellowship was implemented.

It is essential to communicate the impact of strong partnerships between a caring community and those who have the greatest influence over the direction in which gun violence trends. Without such a relationship, courage, willingness, and the patience required to empower these specific young men – very little changes, and epidemic rates of gun violence persists.

We have made a commitment to acknowledge and affirm the value, worth and humanity of these young men. As such, Richmond must continue to advance positive investments towards the hope that is dependent upon this specific group of individuals. Only then is real and longstanding “peace in our streets” possible.

There is still much work to do. No codes have been cracked and we should not be satisfied until gun violence ends in Richmond. For the families that have lost loved ones this year and in years past, you and the memory of those who have passed on have encouraged a firm resolve and an ongoing commitment to make our city a healthier place to live, work and play.

The ONS and I are truly grateful to the many young men who when faced with potentially lethal contention, made healthier decisions. We are proud of your hard work, your strength and resolve to resist years of bad information, advice, example and instruction that point you toward a path known to escalate conflicts. You are our city’s greatest resources and advocates for creating a healthy Richmond. For this we celebrate you.

So with great humility, a strong sense of pride and a heart filled with hope, I thank you!