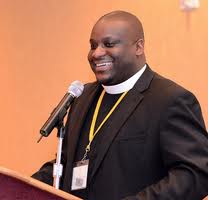 EDITOR’S NOTE: The following conversation took place on Street Soldiers Radio between Dr. Joseph Marshall, co-founder and executive director of the San Francisco-based violence prevention program Alive & Free, and Reverend Michael McBride of The Way Christian Center in West Berkeley. Reverend McBride is the director of the Lifelines to Healing Campaign, a project of the PICO National Network. The campaign is committed to addressing gun violence and mass incarceration of young people of color.

Dr. Marshall: In 2013 there was a drop in homicides in Oakland, San Francisco, Richmond, even down in San Jose, [and] in New York, Los Angeles, Chicago – from your perspective what do you think is going on here?

Rev. McBride: I’ll certainly say it’s a confluence of a number of different things, primary of which is people’s desire to stay alive and free. The choices that people are beginning to make. A lot of our loved ones and family members who are caught in these cycles of violence and poverty and exposed to nothing but tools of death … I think with the right focus and the right path and opportunity a lot of our young men are deciding to live and to solve their conflicts without resorting to lethal violence.

I think the credit has to go, at the beginning of this conversation, to every single young person that has decided to put down their gun and say, “I want to live another day.” And then after that I think the credit and the responsibility must go to all those folks who are leading organizations and movements to actually partner with the young folks and their families in these communities to make sure that their desire to live is matched with the resources, tools, with healing and all the different mechanisms that pretty much every human being across the world has access to if they are living in healthy communities that produce life and not death.

Dr. M: The experts don’t have an explanation for these trends and we’ve seen these drops before. What do think it will take to continue this drop in homicides locally and throughout the country?

Rev. M: I’m convinced that all the violence that is related to guns and homicide is continuously connected to a small number of folks in very focused communities and neighborhoods — many are characterized by poverty, lack of opportunity, and the proliferation of illegal weapons. So when we talk about homicides, we can’t ignore the strategies that are being used to target these individuals who are most likely to commit a shooting or be shot. These strategies are continuously being shown by studies to indeed create a lot of reductions (in violence).

Now, how do we sustain these reductions? Certainly our assumption in our Lifelines campaign — in cities like Oakland, Richmond, Stockton, Detroit, Camden, Baton Rouge, places where we’re on the ground and actively working — we believe the way is to continue to invest in these strategies that get closer to the young people that are driving these acts of violence, and make sure we are building an infrastructure of support and opportunity all around them.

If we invest in people and strategies that actually build them up and cut them off before they make the worst decision that they possibly can, then I believe we can have these sustained reductions, and even go deeper.  Whether it’s the Ceasefire strategy or doing street outreach, or bringing Alive & Free trainings into cities like Camden and Berkeley and Detroit; whether it’s walking neighborhoods in the evenings or going into jails and prisons, we have to keep doing all of it. The silver bullet is collaboration. It’s the Youth Uprising and the Street Soldiers programs that are doing gun buy-backs. It’s Zack Carey and the Soldiers Against Violence Everywhere that are doing peace stand-ins. It’s the City Team Ministries and OCO and PICO folks that are doing night walks. It’s the call-ins. It’s law enforcement making a better effort to not racial profile, but target those who are at the highest risk of shooting and being shot, and providing opportunities. It’s all of it together. If we can commit ourselves to working together over a sustained period of time, will see the reduction.

Dr. M: To me the crucial factor is the mentality and the culture of violence. The way people think that produces the violence, [the use of] firearms and harming someone. And this is not to minimize the efforts of law enforcement. I’m one who does that, but I think you and I know it’s a partnership. [Law enforcement] is not a prevention agency. I applaud their efforts but at the same time I do know it’s a 50-50 thing.

Rev. M: And let me add this piece as well. There are midterm elections coming up in November 2014. We have a moment in the state of California and across the country to make sure that we who are living in these communities impacted by gun violence, impacted by a radical investment in jails and prisons rather than people, that we have an opportunity to take the next step around sustainability, which is to begin to identify the policies and investments that will make sure that the success we’re having is institutionalized.

My message to folks across the country is if we’re serious about sustainability we also have to change our mindset about engagement in the process politically. We need to begin to think about how we [can] move resources. I’m taking about hundreds of millions of dollars back into Oakland, Hunters Point, Fillmore, the Iron Triangle, East San Jose. How do we make sure that our tax dollars do not continue to be spent on strategies like prisons that have been proven to not make us safe? Pay attention to the opportunity that is in front of us.