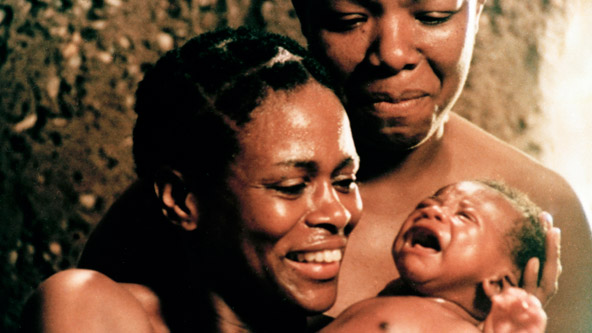 05 Feb Why Our Names Matter

Posted at 11:14h in News by Pulse Editor 3 Comments

What vision was set before you?

In African customs and traditions before the Europeans colonized us, our ancestors gave names to their children that held value. Names not only represented one’s identity but also a promise, a vision, and expectations for that child to follow as they grew in life. The process of naming a child varied throughout the many African clans and tribes. After our ancestors were kidnapped and enslaved here in the New World (North America), however, they were not allowed to name their children – that became the task of the slave master.

In some cases, names were given on the slave ship, and some slaves were even named after the very ship that had taken them from Africa. One such case was of Phillis Wheatley, a poet and author, whose first name was that of the slave ship that brought her from Senegal to Boston. Her last name was the same as the salve master who purchased her, John Wheatley.

In the 1977 film “Roots” by Alex Haley, there is a heart-wrenching scene where the protagonist, Kunta Kinte, is hanging with his hands tied while being forcibly whipped by another slave, James, in the middle of the plantation for all the other slaves to witness. Before each lash, the slave master asks Kunta, “What’s your name?” Then the slave master, for all to hear, says, “When the master gives you something, you take it. He gave you a name. It’s a nice name. It’s Toby, and it’s going to be yours until the day you die, and I want to hear you say it.” Finally, not able to withstand any more lashes, Kunta succumbs and professes out loud that his name is Toby. It wasn’t until after the Civil War, that our ancestors were again able to name themselves and their children without repercussion.

In 2014, I question whether the shackles of slavery ever fully came off. Yes, physically they have, but mentally I have doubts. It appears we suffer from PTSD — Post Traumatic Slavery Disorder. Part of this logic can be heard in the nicknames we apply to ourselves in the hood.

As I was walking from class last semester, I witnessed a beautiful sister with her son, who couldn’t have been more than four years old. As she sat with her son, another young man walked by and nearly collided with the young boy as he passed by. The young man and the child made eye contact, before the young man said to the four year-old, “Hey young pimp, my bad,” in a joking tone. The child replied with an innocent smile, while the mother also smiled and motioned for her son to come near. That moment instantly brought me back to my own childhood growing up in the ghetto of Richmond where I, my family, and many of my peers bore nicknames similar to what was spoken to that four year-old.

Nicknames are synonymous to labels — labels that say either who we are or what we do, if not both. I know we give nicknames with innocent intentions, but I don’t believe we are fully aware of the psychological impact those nicknames can have, especially on children.

We must not be enablers of our illness and then be surprised years later when that illness has spread and then go looking for a panacea pill. For example, calling a young boy “killa” because he may be more aggressive then the other kids or “playa” because his biological make-up makes him attractive, can feed the sub-conscious mind to where eventually this young boy who is now a teen unconsciously absorbs the label that has been tagged on him growing up. He’s been hearing how “bad” he is, so by right he acts in a bad manner; or he’s been hearing how much of a “playa” he is, so he looks to have his way with the ladies. He becomes not merely a product of his environment, but of the expectations of those around him. This goes for our young girls as well, who get told how beautiful they are, not because of inner beauty but again because of their biological structure, how they are shaped, skin tone, etc.

What is the image we want to project as African people moving forward? Do we really want our children to be playa’s, pimps, gangsta’s, ho’s and b****? How about we replace such labels with others – “young scholar,” “young prince or princess,” or “King or Queen.” Instead of saying “young pimp,” it could be “young Garvey,” or “little Harriet Tubman” or “little Assata,” so they can become empowered and inspired when they later learn who these people were and what they meant to the struggle. It is said that life is a stage and we are all actors. If such a philosophy is true, then what role are we playing, and who provided the script? To my people that hold greatness: let us be just that, in not only our minds but also our actions.

This is part of a series of Richmond Pulse stories for Black History Month looking back on the moments and people that helped define the African American experience.