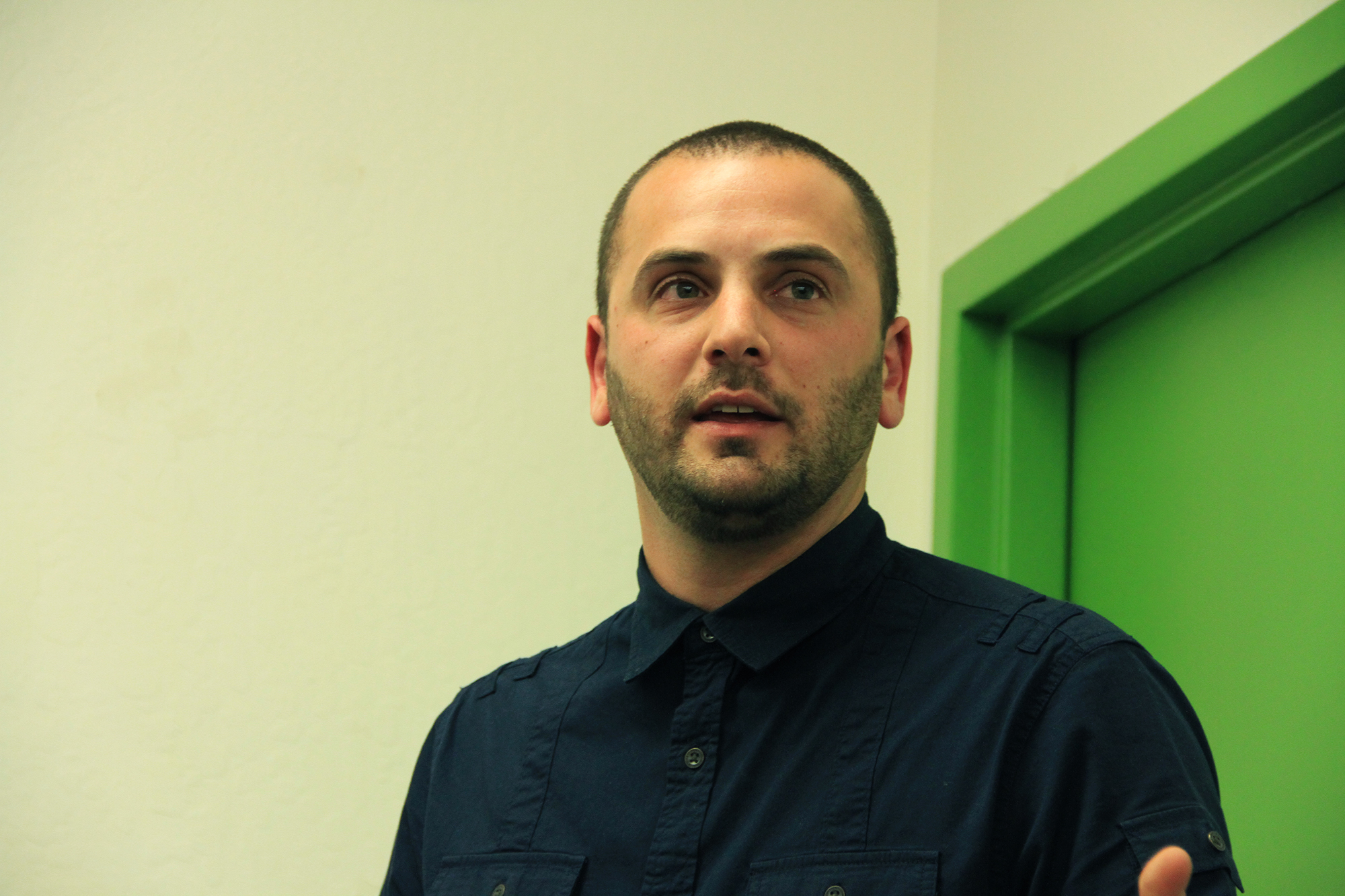 Early in February, the State Department opened a public comment period on the controversial Keystone XL Pipeline, part of a pipeline that would carry unrefined petroleum from Canada to the Gulf of Mexico. President Obama has yet to approve Keystone XL, which has sparked protests across the country. Richmond is far from the Texas refineries where the petroleum would be shipped, but environmental and social justice organizations such as the Movement Generation Justice and Ecology Project (based in Oakland) are concerned that Chevron, which has a refinery in Richmond, will be a player in the product’s export.

Josh Healey, an organizer at Movement Generation, welcomed a large crowd to a screening of the organization’s new video, “Keystone XL Has a Job for You,” a satirical take on the public health consequences of the pipeline. The film was written by Healy and directed by Yvan Iturriaga. Donte Clark, the artistic director of RAW Talent (Richmond Artists with Talent), plays Darrell, a young man looking for a career at a job fair. At the fair, Darrell meets a corporate recruiter who is advertising jobs working on the pipeline.

The Keystone Pipeline is a system of oil pipelines; Keystone XL would be the fourth pipeline, transporting oil from the Alberta tar sands through Nebraska. Its critics are concerned that, among other things, the new pipeline will exacerbate water contamination and pollute the environment. Additionally, many indigenous communities in Canada and the United States live in areas near the pipeline. An expansion of the Keystone Pipeline would mean that the refined oil would have to be transported to refineries near the Pacific Rim, like Chevron’s refinery in Richmond.

The makers of “Keystone XL Has a Job for You” believe that the number of jobs associated with the pipeline has been exaggerated by the pipeline’s proponents. In a hilarious scene, the recruiter attempts to market various jobs to Darrell, such as cleaning animals covered in oil, shredding native land treaties, and selling wigs to cancer survivors; Darrell could even become a space pioneer colonizing other planets because of pollution on Earth. Darrell leaves the recruiter preferring to work for a local organization advocating for ecological justice. Local Richmond organizations like Solar Richmond, Urban Tilth, and the Nurses Association are featured as alternative and socially conscious places to work.

As a character, Darrell functions as a stand-in for Richmond – he is a person of color seeking new opportunities, but he is skeptical of corporate greed. As Richmond residents, we are able to relate to Darrell because we have seen corporations take over land and resources.

“Richmond, being in the shadow of the Chevron Refinery, knows all too well what the impacts are of these big oil companies – asthma, cancer, you name it,” says Healey. “But also, Richmond is building the alternative. Richmond is the largest city with a green mayor in the country. Richmond has all these amazing community organizations and unions that are creating green jobs.”

Following the video, employees from Urban Tilth, a union member from the Nurses Association, and Donte Clark of RAW Talent spoke about their personal paths to finding jobs in their fields. Katy Roemer, a Richmond nurse, also spoke about medical cases she’s encountered in people living near the Chevron refinery. She says that her family’s union history inspires her activism.

“It may seem daunting – Chevron is huge,” she says. “I have the obligation to do what I can.”