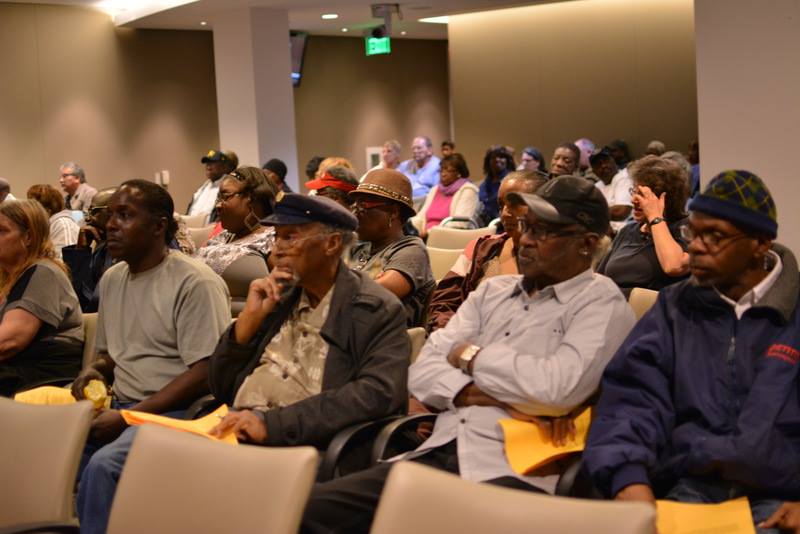 Editor’s Note: The Richmond City Council convened a special meeting on March 12 to review the results of an independent investigation of  highly publicized accusations of neglect by the Richmond Housing Authority at the city’s public housing complexes. At the meeting, lead inspector Michael Petragallo of Sterling Company Inc.  presented the group’s findings from the five public housing properties that were assessed, including the Hacienda housing project, which was a focal point of the investigation.  The City Council voted for an evacuation of all residents of the Hacienda complex, which will cost the city roughly $500,000.  Richmond Pulse asked residents who attended the meeting to weigh in on the council’s decision. 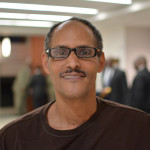 I am a resident at the Hacienda apartments… and I am here to protest the terrible conditions that I have been living in for the last three years. I am interested in seeing the Hacienda torn down and the residents be given vouchers to go to other Section 8 [housing] until something is done about that complete building site. That building has been here since the 1940’s and has all types of problems. The living conditions are so sub-standard, no one would want to live there. My own family won’t even come and visit me because the building is so deplorable, with roaches and rats. I am disabled and I don’t even have access to the elevators. What I would like to see is that all of the residents be moved out of that dinosaur building and [that it] be torn down and rebuilt with quality substance materials [so that we can] start off fresh. Then, as residents, if we’d like to come back into the new Hacienda, I think that should be our privilege. 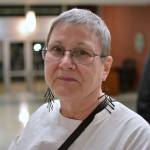 I would hope the City Council would put their personal problems behind them and try to focus on the problems that we are having with our buildings. Personally, my apartment is in good shape — I am one of the lucky ones. I have a neighbor who has lived there (Nevin Plaza) since the 60’s. For the people who have lived there for that long, in order to get their apartment taken care of, painted, new carpet and stuff, they have to move out. If you are 80 something odd years old, you can’t pack and move. So when they told us they were going to be moving some of us and moving us out a few at a time, and refurbishing our apartments, we were ecstatic. We thought that was wonderful. That was sometime last year that they told us that. I don’t bite my tongue — I let the Housing Authority know there is something wrong and it needs to be fixed: “When can you come? When are you going to send somebody out?” And they did. But I’m nice about it; you have to be. My mom always said, “You can get more with honey than with vinegar.” 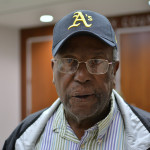 What they need to do is get up off their behinds and admit to what they have done: took money and misused it, and that’s appropriating funds. Stop lying to the people that they are going to do something and it takes them ten years. It took five years for them to come out and fix some dangerous electric plugs and sockets in my apartment. I still have leaks and there is dust on the vents. If it’s cold and I turn the heat on, you can see the dust that comes out of the vent — straight into your room and into your lungs.  I have to use my CPAC machine at night for breathing because of all of this.  I cough up dust and stuff out of my lungs.  Before I came up here I had already put in a work order last week. There is only one person doing the work orders and she told me, “Mr. Taylor, we will get to your apartment tomorrow, and that’s a promise.” The person they had sent out to do my electricity blew the whole electrical system out.  So I had to get extension cords and run electricity from outside my apartment to the inside, to use my CPAC machine, and I was out of electricity for two days. 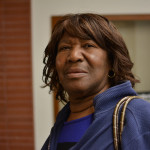 We have been living in the same complex, 2400 Nevin Plaza for 8 years but it’s very difficult to sleep. We keep the fan and windows open and then take cough syrup to stay asleep. You can’t really function being a senior citizen. I’ve been coughing and sneezing just going out of my mind in there. I have asthma and bronchitis and it’s really bad for breathing in that place. They had a flood upstairs about two years ago and there is water that ran down my ceiling and down the side of the wall there. That stuff is still there. I have a difficult time with my health in that building. 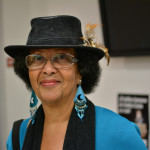 They need to remove these people now. I really believe they are stealing. I saw a report from the Center for Investigative Reporting that shows the person who works in Nevin Plaza, who is supposed to be the manager, has got [paid] $28,000 in overtime. Why? He is supposed to be on call for 24 hours. That’s his job. A lot of stuff is going on that we just don’t know, and they need to really look at the bank account… to see where the money actually goes. 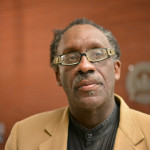 This has gone a little bit too far.  I am suing them (RHA) for $556,000. They have asbestos, lead paint, they have mold.  People can’t breathe in the rooms, even the lady from Channel 5 came over and had to get out [of] there and said,“Open up the windows.” They couldn’t breathe, [they were] scared to get caught up in the elevator.

They (the Housing Authority) haven’t even told you they evicted a lady and she committed suicide there (in a complex).

First they should fire Tim Jones and Kathleen Jones and get them out the way. You got to get rid of the manager. If me and you did a job like this, no doubt we would have been fired a long time ago. And you see he is getting $187,000 plus a $31,000 raise. He is making more than the president of the United States. These people are dying; these are human lives… We talking about your life, my life, it could be my grandmother’s life. It’s a lot of money disappearing.