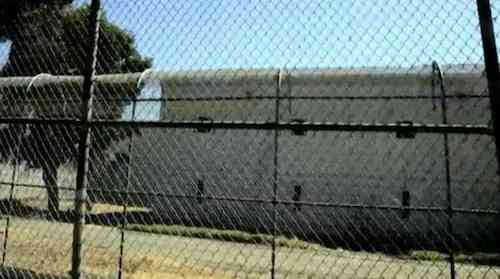 21 Mar For Children of Reentry, A New Focus on Family Ties

SACRAMENTO – While millions of children nationwide face extreme difficulties due to having parents who are incarcerated or under criminal supervision, State Senator Mark Leno thinks change is coming.

“The good news is that after many decades of building [more] prisons to incarcerate [more] of our citizens, and lengthening every sentence, and making [more] misdemeanors felonies, and of course selling it all under the auspices of being tough on crime, that it appears we have turned a corner,” he says.

Leno (who represents the state’s 11th District in the Bay Area) convened a policy forum earlier this month at the State Capitol to look at the impact of the criminal justice system on the families of those who enter it, particularly “children of reentry” – children and youth whose incarcerated parents have returned home. Sponsored by the California Homeless Youth Project of the California Research Bureau and the California Council on Youth Relations (a project of New America Media), the forum also explored what can be done to change the system in ways that will support current inmates, the formerly incarcerated, and their families.

On March 5, Senator Mark Leno convened a discussion on the impacts of post-incarceration release on children and families. The event, “Children of Re-entry: A Media Showcase & Policy Forum,” was sponsored by the California Homeless Youth Project, California Research Bureau, California Council on Youth Relations and New America Media. Nationwide, over 2 million children have a parent in prison or jail, and over 7 million have a parent on parole or probation.

Leno cited Attorney General Eric Holder’s work at the national level to end mandatory minimum sentencing for low-level drug offenders. Law enforcement leaders who have been tough on crime, he said, are now realizing that the funding going to excessive incarceration is not money well spent, especially without reentry services that prevent recidivism.

In California, it costs about $50,000 a year to incarcerate one inmate. And in addition to state spending, advocates made clear that children have had to pay a huge price.

Nell Bernstein of the San Francisco Children of Incarcerated Parents Partnership said, “If we collectively don’t take responsibility … in whether or not we prepare people for reentry and in what barriers we do or don’t place in front of them … it falls to the kids.”

She points to “post-prison punishments,” such as laws that prohibit people with drug convictions from accessing public housing.

Leno agrees. “We scratch our heads and wonder [why we have] a 65 percent recidivism rate when we’re setting people up for an obvious opportunity to fail,” he said.

Bernstein says that the key variable is whether or not those released have family support. “The single greatest predictor of successful reentry is an ongoing connection with one’s family during incarceration,” she said. “If we do start supporting family connections, we’ll see success on a system level and on a family level.”

Sixteen-year-old Kmani Baxter spoke about how his father is currently incarcerated in Lancaster, in Southern California. Baxter lives in Oakland and was only able to see his father once last year by taking the train.

Brittany Rexford, 27, is a formerly incarcerated parent. “[My family] put forth the effort to help me stay connected with my daughter, to help me keep that relationship with her,” she said. “She was very young and I remember watching her through the glass and trying to teach her numbers and letters.” But Rexford was later moved to a penitentiary that was too far from home for her family to visit.

Rexford says it should be a priority to keep inmates “close to home so that the option of seeing their children is there. Don’t take someone from Shasta County and move them to Los Angeles.”

Alisha Murdock of Project WHAT! (an advocacy organization that trains service providers in how to meet the needs of children of the incarcerated) stressed the need for pre-release planning, especially for parents. Murdock’s mother was released from jail a month early and at night, over 100 miles from where Murdock lives in Richmond, without money or identification – which Murdock says “jeopardized [her mother’s] sobriety.”

While she says that her mother is doing well now, she wishes the system had better prepared her mother “to come back, not just into society, but into my life.”

San Francisco Chief of Adult Probation Wendy Still highlighted ways that the city’s probation department is working to “break the intergenerational cycle of crime.” Still noted that 60 percent of parents in state prisons in California report being held over 100 miles from their children, and that children’s odds of delinquency increase dramatically when visits with parents are denied. She also says that regular visits with children lower rates of recidivism for parents after they are released.

Still says that San Francisco is in the process of implementing more robust pre-release planning for inmates, including individual risk and needs assessments, as well as individualized treatment plans that include services like parenting classes, substance abuse treatment, GED classes, and housing counseling. San Francisco, she says, is also moving toward alternative sentencing for mothers with young children, in addition to contact visiting for inmates and their children in more family-friendly environments.

For more on this subject, see NAM’s special series Children of Reentry