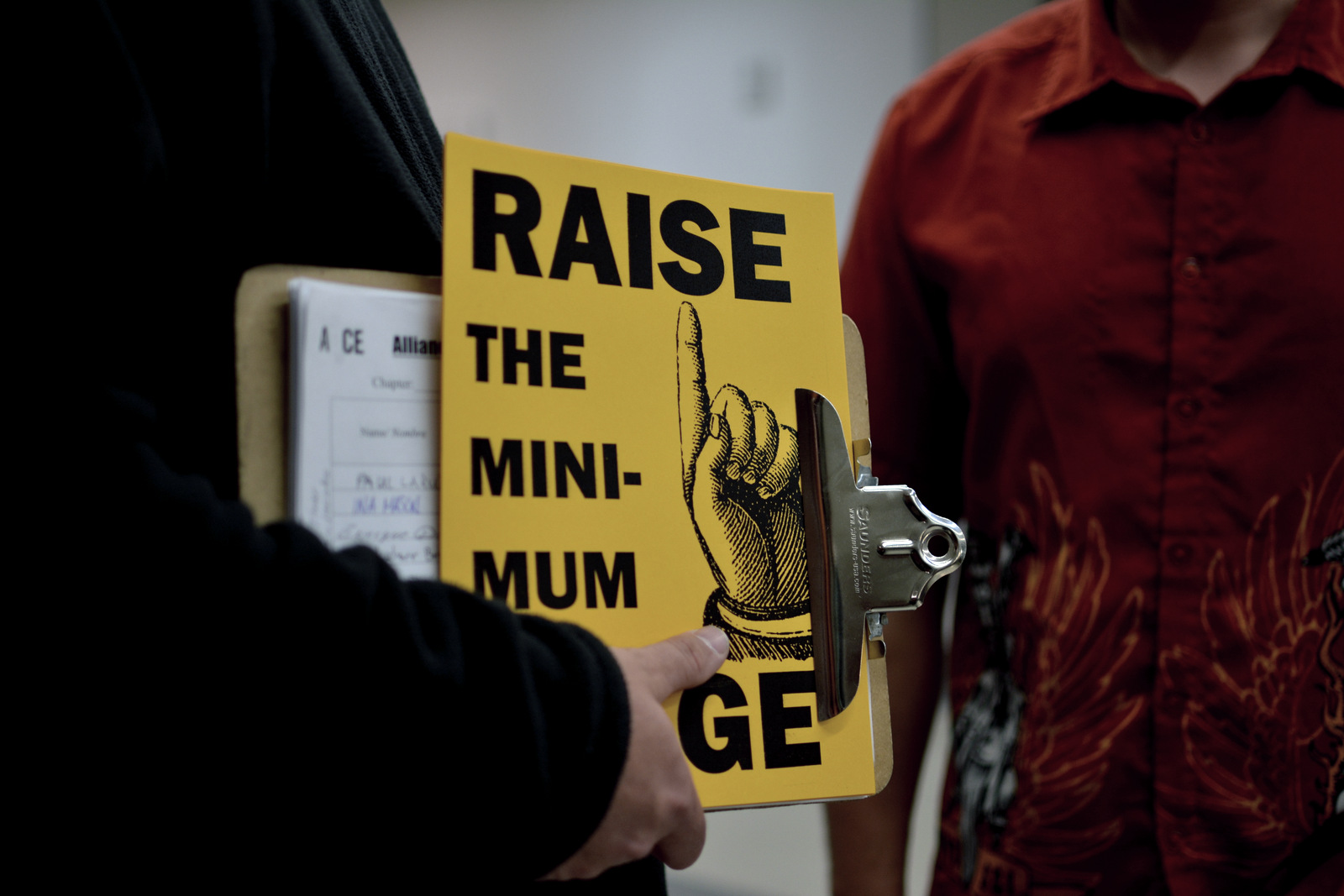 25 Mar Richmond to Have Highest Minimum Wage in State

Last week, the Richmond City Council voted in favor of a city ordinance that will increase the local minimum wage from $8 to $12.30 an hour by 2017. The increase will be phased in over 3 years, and positions Richmond to have the highest minimum wage of any city in California.

While the minimum wage increase was initially going to be left up to voters in November, Mayor Gayle McLaughlin opted to have city council members vote on three minimum wage proposals of $11 an hour, $12.30 an hour or $15 an hour. The council voted 6-1 in favor of the increase to $12.30, with council member Tom Butt casting the lone dissenting vote.

“I wish it could be more, but it showcases that Richmond has the political will to move forward,” said Mayor McLaughlin.

After hearing from staff and community groups in the weeks leading up to the city council meeting, McLaughlin said it was clear that residents supported a minimum wage increase and she wanted to respond by voting on it as soon as possible.

If the council approves a second draft of the ordinance next month, the first increase to $9.60 per hour will go into effect in 2015, with successive increases to come in phases.

Melvin Willis, 23, lives in Richmond. He works with the community group Alliance of Californians for Community Empowerment (ACCE), whose mission it is to raise up the voices of low income, immigrant and working families across California. Willis supports the increase in minimum wage because, “it is just unrealistic to believe that people can survive and maintain a life, maintain family, and bills [on a wage] of $8 an hour.”

Willis says $15 an hour would be amazing for people currently earning minimum wage working jobs in the fast food and retail industries, but he’s happy with the increase to $12.30 for now. “I have to ask myself, is $8 an hour enough for people to afford today’s rent, enough to sustain a family, some people being single parents? My answer is no.”

Robert McCauley, 61, also of Richmond, is another of the many residents who are happy about the increase. “Employers like Wal-Mart and Target direct people (employees) to get food stamps and public assistance because they pay so little. I don’t even shop at those stores, but I’m subsidizing those stores (with my tax money going to social services).” McCauley said that if those companies want to make billions in profits, they should pay their employees enough to live on. “When FDR (Franklin D. Roosevelt) passed the minimum wage, it was meant to be a living wage.”

Pamela Davis grew up in Richmond and now lives next door in El Cerrito, after she lost her home in Richmond when the housing bubble burst. She is currently living with family. She worked for Wal-Mart at Hilltop Mall but says she was fired for speaking out against Wal-Mart’s employment practices.

“I had an excessive work load and I was being treated unfairly… Wal-Mart treats people bad on so many different levels,” Davis explained. “I was approached by some union organizers that asked me to join OUR (Organization United for Respect) Wal-Mart,” a group made up of current and former Wal-Mart employees, that she says is trying to change the way Wal-Mart treats employees.

“When I became an OUR Wal-Mart leader they retaliated against me,” said Davis. “What Wal-Mart is doing now is cutting back hours and laying people off or just getting rid of the older people… and if they make $10 or more (per hour) they just get rid of ’em, just phase ’em out.”

But not everyone in Richmond is on board with a minimum wage increase. Critics say raising the minimum wage could slow hiring and raise prices for consumers. Some say businesses and customers could end up leaving Richmond for others cities.

Richmond resident Don Gosney supports a minimum wage increase, but only on a state or federal level. “I do not support a minimum wage that is regional only. We don’t live on an island. As for where I’m at right now, if I wanna get my bucket of KFC I’ve got a choice – I can go to the KFC in Richmond and spend $16 for it, or I can buy it from San Pablo for $12. It makes a big difference.”

Gosney believes the increased cost of labor will hurt local businesses. He also takes issue with a part of the ordinance that exempts small businesses with fewer than ten employees. “If you’ve got nine employees and I’ve got ten, the cost of my labor is higher than yours. How do I stay in business? How do I compete against that? I don’t. I pack up and go someplace that is more business friendly,” said Gosney. “$15 an hour — I have no problem with that at all, but you can’t just do it here.”