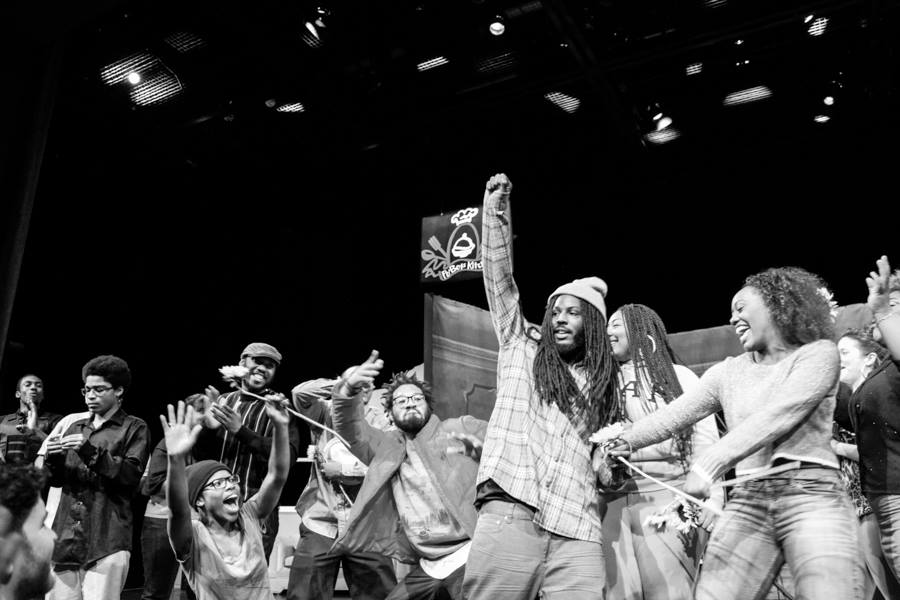 03 Apr Cooking Up Something Special with Po’Boys Kitchen

Posted at 13:29h in Arts and Culture, Youth by Pulse Editor 0 Comments

I remember the day that the idea for the play Po’Boys Kitchen was born. From behind my laptop I watched, smiling, as the RAW Talent (Richmond Artists with Talent) staff and students bounced ideas off each other for our next production. After reading through all the evaluations of our previous play, Te’s Harmony, we made a list of topics that audience members had asked us to address in future productions, including homelessness, drug abuse, the relationship between elders and youth, and the history of Richmond.

After several hours of brainstorming, head scratching, debating, and laughing hysterically, this group of young brilliant minds found a way to weave the various issues facing their community into one profound narrative. With Po’Boys Kitchen, we hoped to address the lived realities of low-income people of color in places like Richmond while connecting our present to our past – shedding light on the history, culture, food, music, and humor of this city.

RAW Talent’s Artistic Director, Donte Clark, said that growing up in North Richmond, he and everyone he knew spent a lot of time hanging around the Green Store, a corner store where they bought inexpensive food to appease their empty bellies. But they also filled up on stories, jokes, and lessons from the elders who spent time at the store, many of whom were homeless or addicted to drugs, but wise nonetheless. He took inspiration for the play from a dream he had about a homeless man who is written off as crazy, but who is able to see the world in a way that many others don’t understand.

After 23 Richmond youth showed up to audition, the RAW Talent staff and students came up with a full cast of characters based on people in their lives. These are the stories of the young people in RAW Talent and the stories of their parents and grandparents – all of the beauty and the ugly, the pride and the purpose, the flawed but not tragic, the evolving and not stagnant. We didn’t want to sugarcoat anything – under the leadership of Donte, the group wrote the play in the language that we hear every day, honoring the natural poetry of Richmond.

Po’Boys Kitchen aims to humanize those we most often overlook, to show how even if we’ve been raised to believe we are worthless, we can still learn to love ourselves and each other. We can create family and make healthier choices. We are the authors of our own lives.

No one in RAW Talent has a professional background in theater, so when we made the shift from poetry shows to plays a few years ago, we had no idea where we were headed or how we would get there. We just had a vision and a group of passionate, talented young Richmond artists. But that’s what I love most about this kind of art making. Instead of seeing our lack of formal training as a deficit, I see it as an opportunity for innovation. 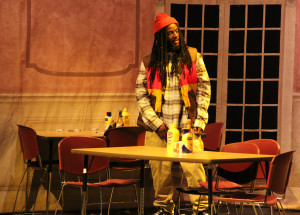 One of the most powerful components of Donte’s process as a playwright and director is his youth-centered, grassroots approach to theater. With both of our plays, Donte has written the dialogue with feedback from the cast, and cast members have written their own monologues. He pushes each cast member to address issues within themselves through their characters. This kind of theater comes with many challenges, but it leads to true transformation within young people because their experiences and words lay the foundation for the script. They are deeply invested in the entire process.

From start to finish, Po’Boys Kitchen was a collective effort. We are constantly humbled by the amount of support and love we have received, from funding to rehearsal spaces to tech support to the costumes to the set – folks volunteered their time, energy, and skills to help with every aspect of the show. Po’Boys Kitchen was a labor of love that depended on so many people, including the audience. This play was about the power of the community to come together, to eat, to laugh, to grow, and to heal.

Molly Raynor is the program director of RAW Talent.  •