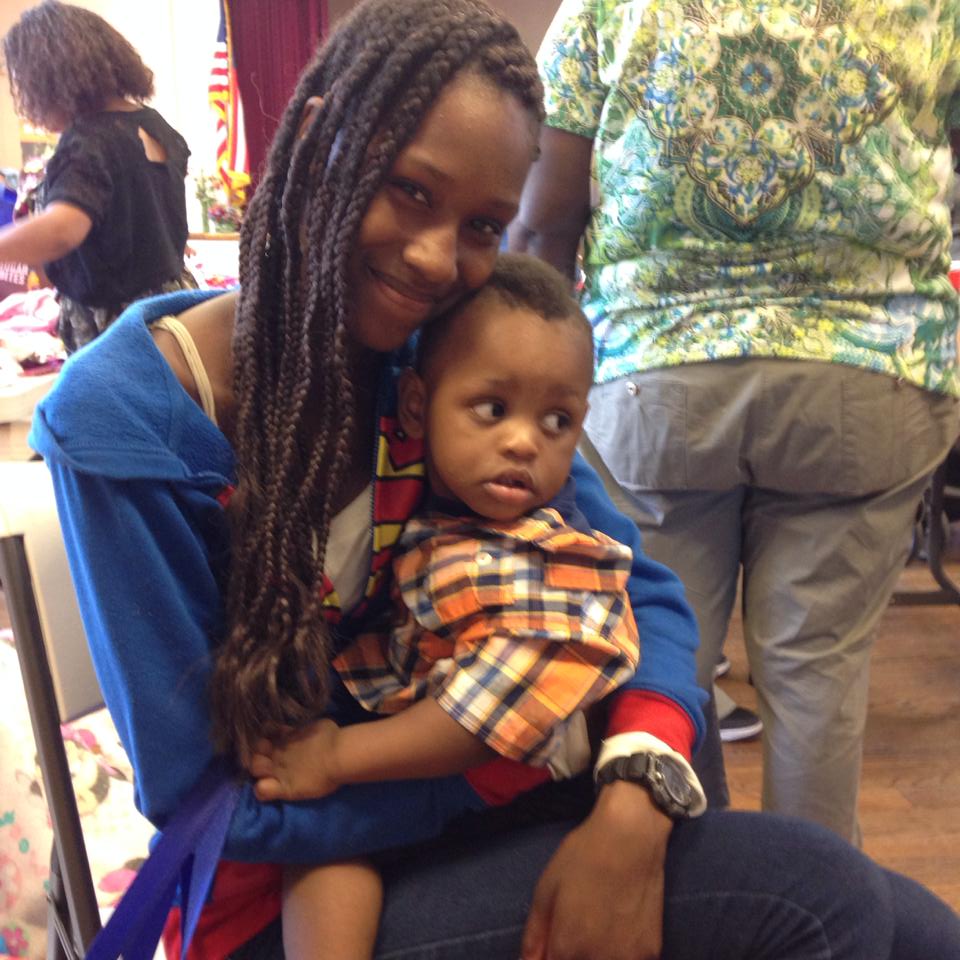 Posted at 09:38h in News, Youth by Pulse Editor 0 Comments

Pregnancy and parenthood can be both scary, and exciting; bringing a new life into the world comes with a host of new responsibilities and uncertainties. With that in mind, community groups and healthcare organizations in Richmond invited new and expecting parents to celebrate their newfound excitement—and address some of their deepest fears. 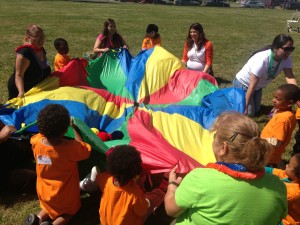 At the African-American Baby Shower, held at Atchison Village Hall on May 10, about 50 new and expecting moms were offered gifts, advice, food, games and the camaraderie of other new mothers.

While BBK hosted the event, many other organizations pitched in, including Brighter Beginnings, First 5 Contra Costa, the YMCA, California Women, Infants and Children (WIC), and Kaiser Permanente.

During the introductions, one young mother nursed her baby girl, while another pregnant woman cuddled and cooed with the 6-month-old son of the woman sitting next to her.

Despite the festive atmosphere, organizers shared some very real concerns about health disparities faced by African-American children and parents. African-Americans have the highest infant mortality rate in the U.S.—an average of 12 deaths per 1,000 live births, according to the National Vital Statistics System. And though this number has declined in recent years, the rate of infant mortality among African-Americans remains more than double that of their white counterparts.

“We are losing way more black children—they are not connecting with the services they need along the way,” said volunteer Kathleen Sullivan, resident services coordinator for Pullman Point apartments.

Of all the Bay Area cities, Richmond has the highest percentage of single mothers, with one in five mothers raising children on their own. “Fathers are still missing in action for a variety of reasons,” Sullivan added. 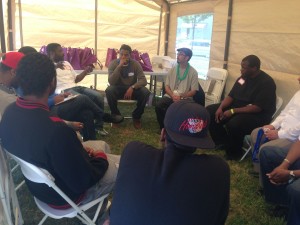 Ten fathers did participate in the Fatherhood Matters workshop that was included in the baby shower event. The young men met separately from the women and were given a confidential space to share their fears and feelings about fatherhood. They also exchanged advice about where to find jobs, health insurance and childcare.

“We’re creating a space for a positive expectation of fatherhood… We’re saying it’s important for you to be here,” said Lyle.

Workshops for the moms focused on nutrition, available resources and aspirations for their future. Lynson Beaulieu, director of collaborative services for BBK, led a dreaming workshop, where she asked the women to speak about their hopes.

“I want a good job. I want to graduate from high school,” said Leja Jasmin, looking down into the face of her baby. “I want to see my son graduate too.”

One woman said she wants to become a chef at a five-star restaurant, and another plans to become an in-home care provider. For those who needed help making concrete goals, Beaulieu offered to help them research career opportunities and fill out applications.

Another woman answered shyly that she didn’t know what her aspirations were.

“Sometimes it’s hard to dream,” Beaulieu said. “That’s part of what this exercise is about—learning how to dream. When you dream something you can make it happen.”

The pregnant moms created collages from magazine images and text. Their artwork conveyed themes of strength, femininity and hope.

Alexina Rojas, director of West County First 5, a nonprofit focusing on early childhood development, led a workshop on resources. Seven months pregnant herself, she introduced participants to the various organizations in the area where they can find guidance on things like breastfeeding and childcare. Moms shared their tips with each other too, pointing out discounts they’d received and community organizations they knew about. 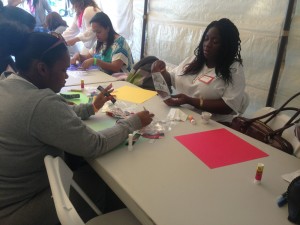 Along with dreams and resources, the women walked away with gifts for their new arrivals, including strollers, car seats, bathing supplies and diapers.

In an unofficial survey, participants reported that the dreaming exercise “was the most fun,” while the resources workshop “was most valuable.”

While director Lyle said she hopes that these young families will use the services and resources presented to them at the baby shower, she felt that perhaps their most valuable assets are one another.

“I hope that they came away with relationships with each other,” Lyle said. “And that they know that they are so loved.”