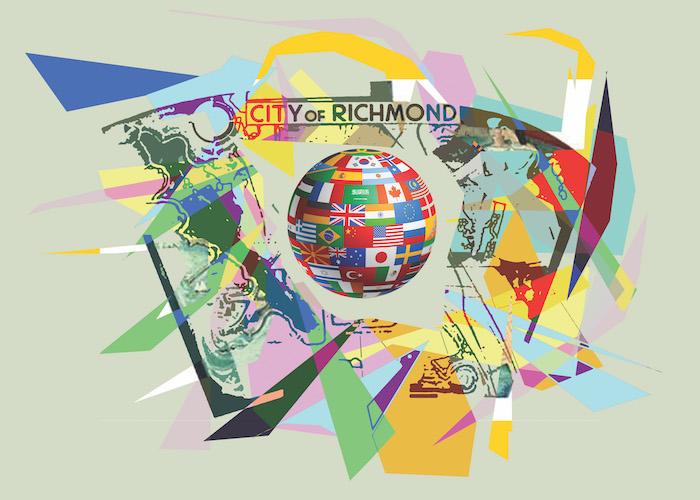 Posted at 15:26h in Arts and Culture, Youth by Pulse Editor 0 Comments

When I recently learned that Richmond is the sixteenth most ethnically diverse city in the United States, I felt proud. After all, diversity is beautiful and not everybody in the U.S. gets to experience it to the extent we do. But the news also came as a surprise because, as someone who was raised in Richmond, I never thought of it as being diverse.

I can remember singing songs in Spanish in Kindergarten and speaking Spanish to my bilingual teachers throughout elementary school. In my classes, there were always many other Latinos, African Americans, some Asians, and a few South Asians in my classes. Yet I didn’t see it as diverse because there weren’t many whites. And although I found comfort in being around other people of color, the diversity of our backgrounds was not always appreciated or respected. In fact, it was often something that kept us apart.

I think back to my middle school years and the big fights – ongoing battles and insults — between the “Mexicans” and the “Blacks,” which were the biggest populations at my school. In many cases the fights revolved around gangs or different turfs, but the people involved seemed to pick sides based on their race.

Later, as a student at Richmond High School, I one day discovered that there was another high school — located literally just beyond the fence — called Salesian High School, a private Catholic school that my friends told me rich people went to. When I peaked through the fence I saw a better facility, and white students. That was the day I became aware of racial disparities for the first time, and how public and private school environments can be drastically different, which explained partly why I hadn’t been around many white classmates growing up.

After I graduated and went to college and met other people, it became even clearer to me that my experience growing up in Richmond and attending Richmond public schools set me apart. When I tried to change my vocabulary and behave in a way I considered more polite and respectful, my friends in Richmond accused me of “trying to be white” or would say things like, “she’s whitewashed.” At the time, those words insulted me and made me upset, although I eventually came to realize that being educated has nothing to do with trying to act like another race.

As a student at San Francisco State University — where being Black or Latino makes you a minority — I felt the culture shock, despite the fact that it’s a relatively short distance from Richmond. One classmate told me that I was “exotic” looking. Another said to a friend and me, “I don’t see many of you people often.” Being on the SFSU women’s soccer team, I would freeze up and was considered the “quiet one.” But in reality, I just felt out of place.

A turning point came during my third year, when I decided to study abroad in Spain for a semester and was immersed in a culture completely different from the Bay Area. The diversity in Madrid was overwhelming and absolutely beautiful — I heard multiple languages throughout my trip and learned about so many different cultures, all of which was exciting and kept my mind stimulated. I heard Africans speaking their native languages, French, Italian, Dutch, Chinese, and other languages that I couldn’t comprehend at all. I met people everyday that could hardly speak English, but were eager to learn and have a conversation. At the same time, Madrid too was segregated along racial lines. Some streets were known to be home to “gypsies,” and other streets were known as African streets. The segregation was visible and so was the racial inequality.

Spain in many ways was the best experience of my life, but it was also a challenging experience that made me reflect on the problems and challenges I shared with some of the youth out there around issues of racial privilege. In both places, racism is very strongly ingrained and difficult to escape. Many people are victims of the structures of oppression but, like I was growing up, are unaware of them.

Yet as I reflected from abroad on my childhood, I also understood that Richmond’s diversity is in many ways something new for America. Although there are many issues to overcome, the city is still in the process of becoming a better place, and it is ultimately our diversity that will continue to make us unique and beautiful.