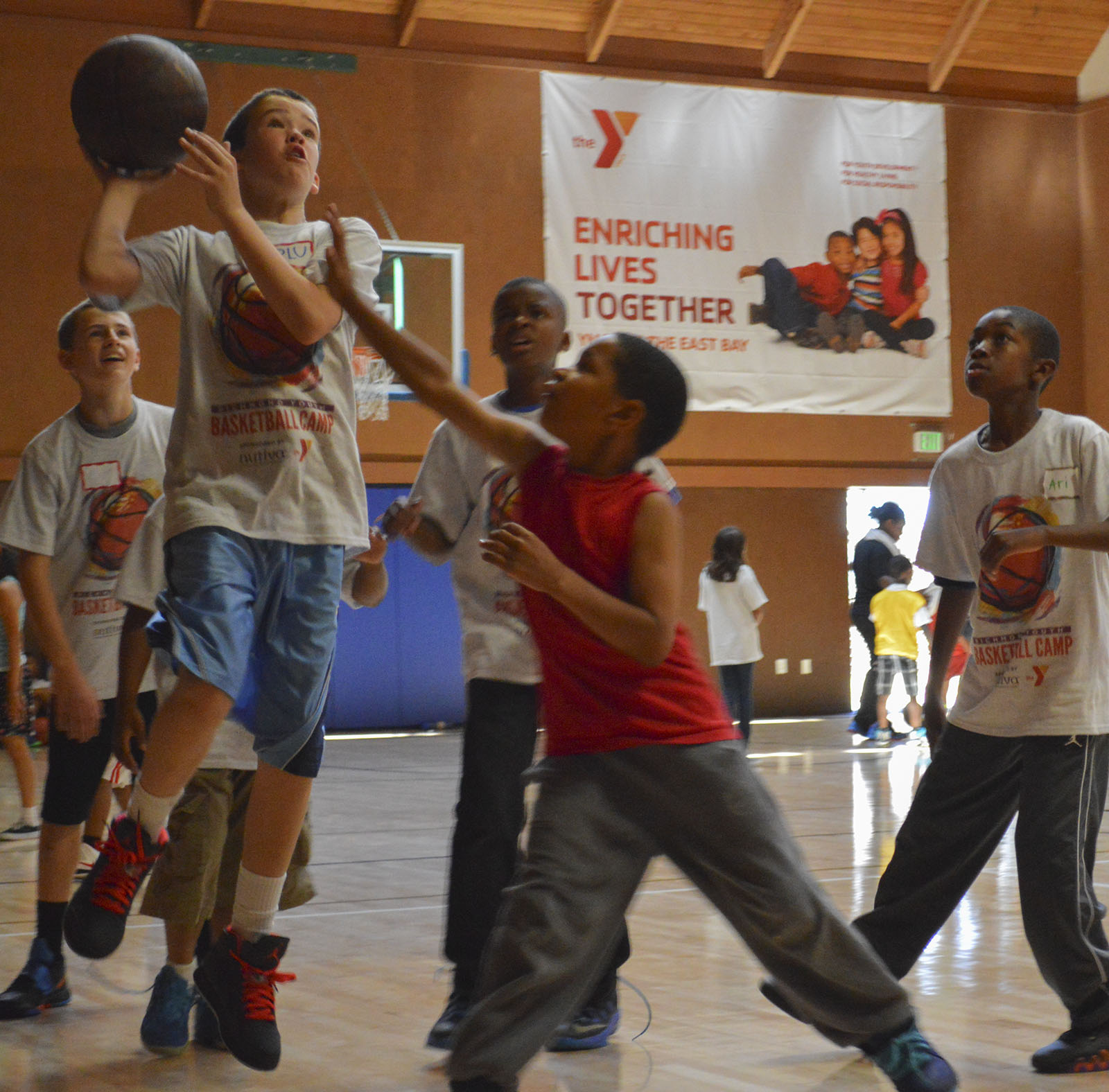 Bending slightly at the knees, Keyahlah Bean lifts a basketball over head and leans back before releasing the ball into an arc that ends with a trip around the rim of the basket, before falling through the net with a swish. “Yes!” the ecstatic eight-year-old yells, jumping up, hands raised above her head in victory.

It’s Keyahlah’s first time playing the game. She says her family signed her up for the free basketball clinic, sponsored by the health food company Nutiva and the E.M. Downer Family YMCA, just last week, and she has already made up her mind to return. “I am coming back next year,” she says while sitting on a bench watching the older kids play.

Keyahlah was one of 45 kids who showed up at the second annual Richmond Youth Basketball Camp. The event ran all day, and with the help of volunteers from Nutiva and players from the Pinole Valley High School girls’ basketball team, the kids worked on dribbling, shooting and defending.

The gymnasium at the YMCA on South 20th Street was split into different sections, with the younger, less experienced ballers taking up the back half of the gym and the advanced players scrimmaging in the front. Shouts, squeals and laughter rang out as the kids, ranging in age from six to 12, ran around for hours, alternately working together and competing against one another.

“I just started playing basketball, but…” nine-year old Marcus Griffin said as he took a break between drills to catch his breath. Before Marcus could finish his thought an errant ball bounced by and he was off, chasing it down and heading towards the basket.

The camp, a spokeswoman for Nutiva said, is part of the company’s mission to support healthy communities through its nonprofit, Nutiva Nourish Foundation, and a way to be more involved in the Richmond community now that its corporate offices and warehouse are up and running in the city.

For the kids, it was a summer day full of feats and failures in basketball, and new friendships formed on the court—at least for a day.