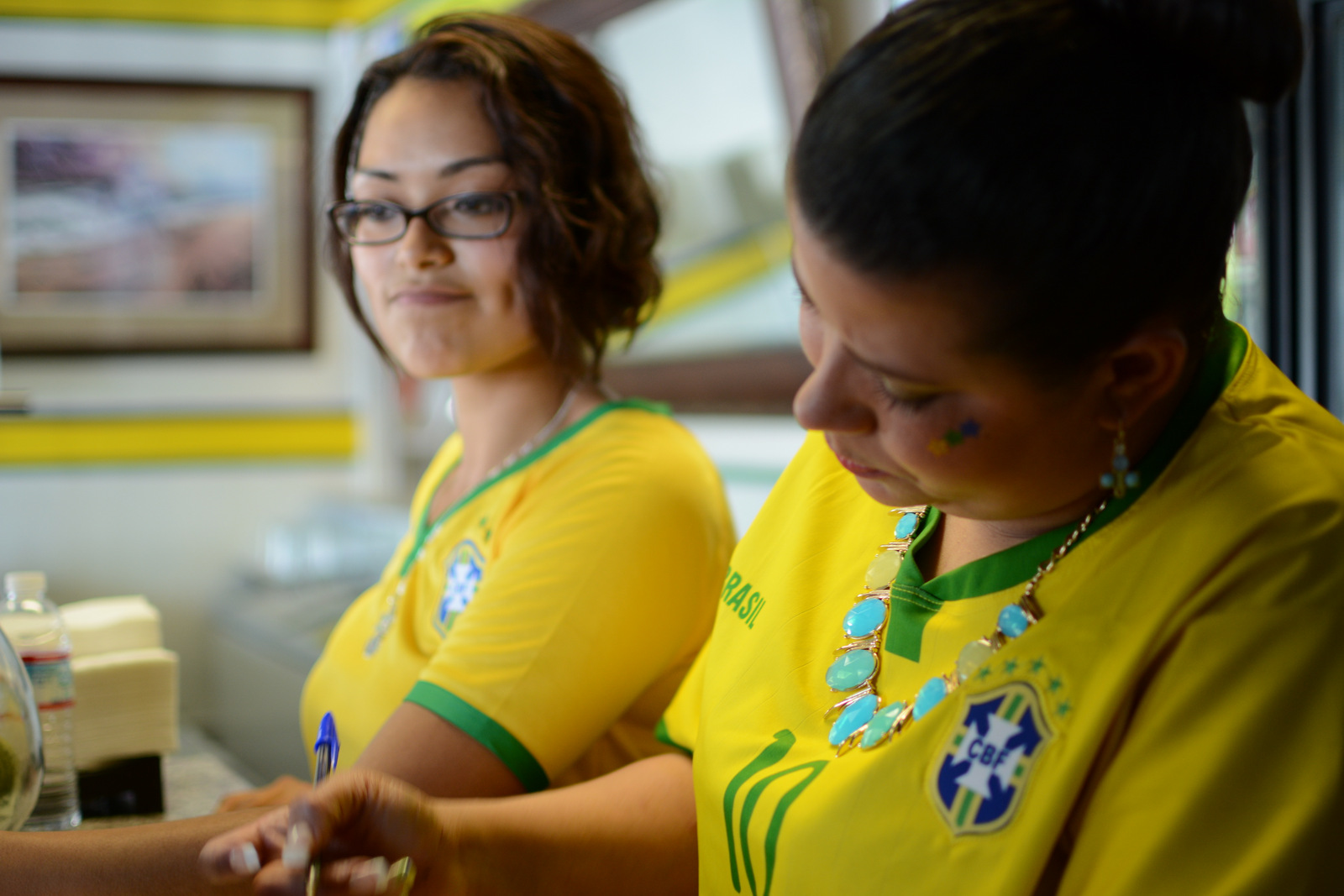 Posted at 15:56h in Arts and Culture, Sports by Pulse Editor 0 Comments

Last week, Tempero Goiano Brazilian Restaurant in Richmond was full of people decked out in yellow and green—their hopes high for the Brazilian soccer team in its game against Germany. It would end up being a historic match.

Tempero Goiano was one of many local businesses that joined in the World Cup experience by showing games and hosting events. Angelica Lima, owner of the family run restaurant said that since the World Cup started business had picked up for the games, especially if Brazil was playing.

Leading up to the World Cup, and throughout the event, tensions in the host country of Brazil ran high as many in the country protested against the extravagance and cost of hosting the World Cup in a country with a deep economic divide. On this day, however, with Brazil taking on Germany in the hopes of advancing, cheers for the home team drowned out much of the controversy around the Cup—at least in Tempero Goiano.

Then the unthinkable happened. Within the first half hour of the game, Germany scored five goals against Brazil, stunning fans. At Tempero Goiano, staff shut off the game after the first half as people around the restaurant cried. But, they soon wiped away the tears and turned the game back on—only to watch Germany score a couple of more goals.

“That day we had a lot of people; everyone was happy and excited,” Lima said. “But when Germany scored the third goal we knew it was over. People were disappointed and angry.”

“They couldn’t watch,” she added, “and ended up leaving.”

After the historic semifinal, Germany went on to become the 2014 World Cup champion, defeating Argentina in the final.