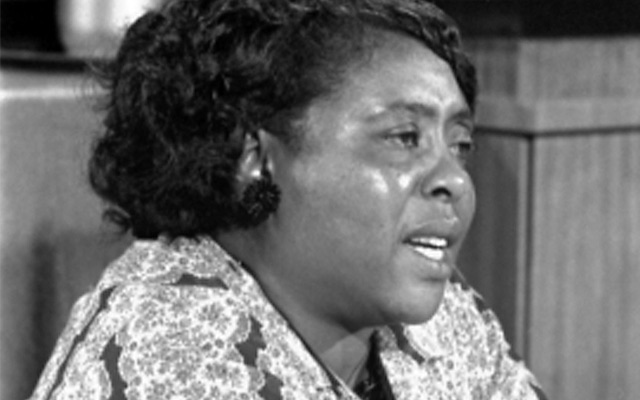 Posted at 13:17h in News, Politics by Pulse Editor 0 Comments

Last month marked the 50th anniversary of the 1964 Civil Rights Act, an act that made it illegal to discriminate based on race, color, religion sex or national origin in the United States. Bay Area leaders came together on June 18th at Beebe Memorial Cathedral Church in Oakland to celebrate and commemorate this significant achievement in civil rights, while emphasizing how far we have to go.

It was a hot day, and around the crowded room, people of all ages and nationalities cooled themselves with makeshift fans.

Alameda County Supervisor Keith Carson kicked things off by reminding the crowd of our country’s tumultuous history of violence and oppression. America was the land of Native Americans, before they were slaughtered, raped and uprooted by European settlers. He said that later these settlers brought in over eleven million Africans, who were kidnapped from Africa, and millions of them died in the trans Atlantic journey. The rest who survived was forced into a life of slavery. All of this and more, Carson said, preceded the 1964 civil rights act.

Sonya Childress, a community engagement specialist at a nonprofit organization that helps develop documentary filmmakers interested in telling stories about people and issues not usually discussed in mainstream media, showed a sneak peek clip of the film “Freedom Summer,” after Carson’s talk. “Freedom Summer” is about the struggle in Mississippi—the most segregated state at the time—to register black voters after the Civil Rights act of 1964.

The film, which also highlights the work of civil rights activist Fannie Lou Hamer during what came to be known as the Mississippi Freedom Summer, was well received by the audience. As soon as Hamer’s image came on the screen loud cheers and applause rang out from around the room—proving that even 50 years later voice is still able to galvanize a crowd.

But, Stanford University professor Dr. Clayborne Carson reminded us after the film, there is still much work to be done. This is not a civil rights movement, he said, but rather a freedom struggle. Like Martin Luther King, Jr., he said, we need to understand that the struggle is much deeper than any piece of legislation, because legislation can be changed and reinterpreted tomorrow.

That struggle, professor and former Black Panther Angela Davis, later told the crowd must be one we all enter into together. It is necessary, Davis said, to always keep in mind a deep, historical and global sense of the struggle and where we’ve come from. This way, she said, we’ll have a better idea where we are heading.

Howard Moore, Jr., a Civil Rights attorney, was the closing speaker and just like in the courtroom with his closing arguments, he made his point robust and clear. We need to look at, study, and conduct workshops on the “Universal Declaration of Human Rights,” he said, so that we can internationalize our struggles as we have done so in the past.

Moore ended with a famous Albert Einstein quote: “Racism is a disease of white people.” But, Moore added, the cure is us. What happens in the future is up to us, and this historical moment should not be looked back on in awe but instead be used to raise the current consciousness level and to ask ourselves, “What can we do now?”