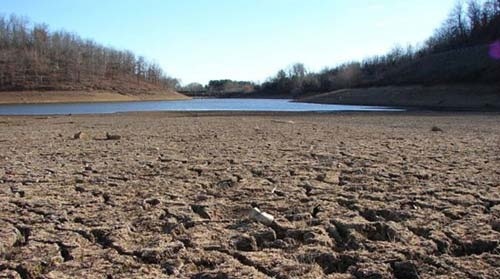 Posted at 16:17h in Environment, News by Pulse Editor 0 Comments

SAN FRANCISCO — Californians rank the drought as their number one environmental concern, according to a new statewide survey. The poll by the Public Policy Institute of California (PPIC) found three out of four residents favor mandatory curbs on water use.

California is in its third year of drought, with more than 80 percent of the state in extreme and exceptional drought, and conditions are expected to worsen this summer.

The poll found that 54 percent of state residents believe water supply is a big problem. Central Valley residents are most likely to hold this view (63 percent), while 44 percent of Los Angeles residents and 55 percent of Bay Area residents agree.

Whites are more likely (62 percent) than Asians, blacks, or Latinos (46 percent each) to hold this view.

Gov. Jerry Brown declared a drought emergency in January, calling on residents to voluntarily reduce water use by 20 percent. But on the whole, the response has been lackluster. A recent survey by the State Water Resources Control Board found statewide water use has actually increased slightly, according to news reports.

Last week, state water officials announced fines of up to $500 for water wasters, and for the first time since the 1970s are calling for conservation gains through mandatory cutbacks to be overseen by local water districts.

The poll of 1,705 people was fielded July 8-15, when the state water board announced it was considering mandatory restrictions. With a high level of concern over the drought, surveyed residents expressed strong support for greater conservation efforts.

Three out of four Californians say they strongly favor their local water district making it mandatory for residents to use less water. Support was even stronger among Latinos (82 percent) and Asians (79 percent), compared to whites (70 percent) and blacks (69 percent).

Irma Muñoz, president and founder of Mujeres de la Tierra, a community-based environmental organization based in Los Angeles, says the water board’s move reinforces that the drought is real and that everyone needs to take some action.

Muñoz says that in some parts of Los Angeles, one can still encounter “lush lawns, lavish fountains, and swimming pools,” lessening the reality of the water supply problem for some people she’s surveyed about the drought.

“People …are still conserving water, even though they don’t believe there’s a drought, they believe it is important to conserve,” she said, adding that they also want to lower their water bill.

Turning to water policy, the July poll asked about an $11 billion water bond to pay for state water projects that state legislators are considering putting on the November 2014 ballot. Lawmakers are expected to take up the water bond when they return from July recess.

About 60 percent of Californians would vote for the $11 billion water bond, with higher levels of support among Asians (75 percent), Latinos (69 percent) and blacks (66 percent), compared to whites (50 percent).

“I do think it is one of the essential elements [of addressing the drought and securing the water supply],” said Lester Snow, executive director of the California Water Foundation. “Passing a bond in November doesn’t do anything for the drought this summer, but we need to prepare for the next drought.”

The water bond would fund projects to store water during wet years and wastewater recycling projects in a drought, Snow says, which can have a big effect on reducing the impact of the next drought.

Currently, he says, the state collectively discharges well over one million acre-feet of water into the ocean, which could instead be reclaimed to irrigate golf courses or parks, for example.

Water policy needs to also address more sustainable use of groundwater, Snow says, adding that two water-related bills on groundwater monitoring are in play in this legislative session.

With a high level of attention on the drought, Snow says, “now would be the time, if the state put the bond on the ballot.”