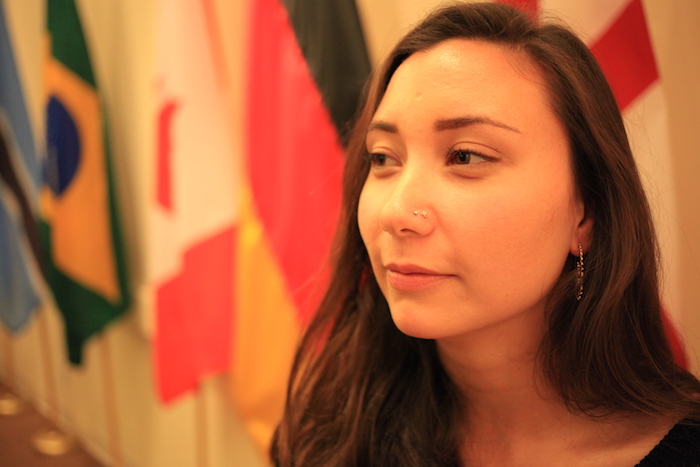 26 Jul For Depressed Youth, A Chance to Break the Silence

Posted at 21:49h in Health, Youth by Pulse Editor 0 Comments

When Amber Cavarlez was 16 years old, her mother was diagnosed with cancer. As the oldest child, she cared for both her mother and her younger brother. During the time that her mother was sick, and even after her mother’s passing, the family didn’t discuss what was happening, and Cavarlez kept what she was feeling to herself.

Her younger brother was diagnosed with bipolar disorder and repeatedly attempted suicide while Cavarlez was in college. Still, there was no discussion. Over time, the silence in her life gave way to depression.

Cavarlez describes sadness and depression as “an invisible subject” in her Filipino household. “I feel like I’ve been socialized to avoid it,” she says. She’s not alone. Stigmatized in many communities, depression and other mental illnesses often leave sufferers to figure things out on their own.

Cavarlez spoke at a forum in San Francisco earlier this month on breaking silence around youth depression, organized by New America Media with support from the Lucile Packard Foundation for Children’s Health. Cavarlez and other young people shared their stories about dealing with depression, and a panel of experts in the field weighed in on cultural attitudes toward depression and what the future holds for children’s mental health care.

“The population we worry about are those suffering in silence,” said Ziomara Ochoa, a unit supervisor at Behavioral Health and Recovery Services of San Mateo County. According to Ochoa, who serves a primarily Latino community, mental health care is often challenged by social and cultural obstacles. For example, she says, among the Latinos she serves, particularly those who are immigrants or undocumented, a “survivor mentality” can prevent individuals from recognizing and dealing with depression that stems from traumatic experiences. 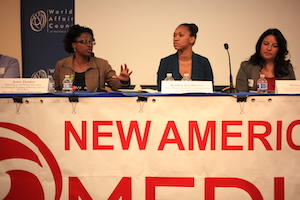 Jeneé Darden, the host of Mental Health and Wellness Radio at P.E.E.R.S., an Oakland nonprofit that advocates for people with mental health challenges, said that as an African American, she has seen family and friends perceive getting therapy as a “white thing.” Coupled with a mistrust of a medical system in which African Americans are often misdiagnosed and overmedicated, she says, this perception presents a challenge around mental wellness in the community.

“What we’re seeing is a result of our larger societal structure,” added Kordnie Lee, a Youth Mental Health First Aid instructor at Lincoln Child Center in Alameda County. Among youth, social isolation, the loss of friendships due to violence, and feelings of guilt and responsibility are more common when living in an environment impacted by poverty, racism, and addiction, and where access to care and alternative treatments is scarce.

Overcoming these barriers is particularly crucial for treating youth, for whom mental health problems can interfere with proper development.

According to Patrick Gardner, founder of the Young Minds Advocacy Project, which specializes in children’s mental health law and policy, 85 percent of the disease load for young people between the ages of 15 and 25 is related to mental health problems. The key to treatment, he says, is that services must be delivered more efficiently (with shorter wait times) and must offer value, such that people who access care feel that they are actually being helped.

“The better engaged you are,” he says, “the more likely the services will help.”

For Lee, programs like Youth Mental Health First Aid, in which she instructs people about warning signs of mental health problems and teaches them how to help young people in crisis, convey that depression is a treatable illness and communicate positive opportunities for treatment. Recognizing youth depression is a community effort, she says, and adults who work with young people are integral.

“When you look at larger systems of care, there’s an underlying historical philosophy that is very disempowering for the young people that are served and that doesn’t necessarily recognize the richness of personal experience,” she says.

Cavarlez, now 23, is currently a mentor with the peer wellness program at Edgewood Center for Children and Families in San Francisco. She wants young people who struggle with depression the way she has to have a person they can go to. “I know that if they have an outlet somehow there’s going to be some visibility around it, some awareness for themselves,” she says.

In communities where awareness is lacking, shedding light on mental health needs could represent a first, real glimmer of hope for young people grappling with depression.