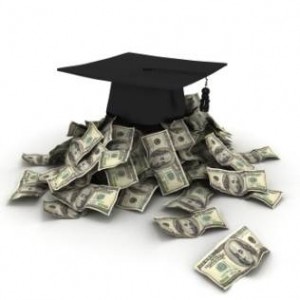 20 Aug Guaranteed College Tuition Could Be Game-Changer in Richmond

Paying for college will soon become much easier for Richmond families, with city officials announcing a new program that will cover college tuition fees for local high school graduates.

The $35 million, 10-year initiative known as Richmond Promise will cover college tuition for Richmond students who graduate from any West Contra Costa School District high school. Funds for the project will be drawn from Chevron’s $90 million community benefits package, an agreement between the city and the oil giant that was negotiated as part of the company’s $1 billion initiative to update and improve its Richmond refinery. The scholarship program will likely launch in 2016, city officials said.

Councilman Jael Myrick, who proposed the idea, says Richmond Promise will be life changing for many students who may have never considered attending college otherwise.

“This is going to create a lot of hope for a lot of Richmond families,” he said. “There’s a cultural shift that happens when people know that their community is investing in them and expecting them to succeed. And that’s what this is about.”

While specific criteria — like how long a student must attend a West Contra Costa school to receive the scholarship – have yet to be established, Myrick said students must enroll in a California public university or community college to be eligible. Similar programs in other cities pay full tuition for those enrolled in the public school system since kindergarten, and 65 percent for those who only attend in high school.

A specific grade point average won’t be required, Myrick said. Program funds will be administered through a local nonprofit, yet to be determined.

Myrick hopes the allure of free college tuition will be the catalyst Richmond needs to boost its economy.

“Over the next 10 years this really has the potential to change the trajectory of our city and has so many benefits beyond education,” Myrick said. “People are going to want to live here and put their kids in our schools and that’s a good thing.”

Besides donating $35 million to launch Richmond Promise, Chevron officials also agreed to assist the city with its fundraising efforts to ensure the program can continue beyond 10 years.

Richmond parents are praising the new program, and many say it eases the burden of trying to figure out how to pay skyrocketing tuition costs.

“It gives me great relief to know that my daughter is ensured enough money by the City of Richmond to attend college,” said Dion Clark, whose daughter attends El Cerrito High.

“This puts a whole different light on the future of a lot of kids in Richmond who can be progressive individuals, if given the chance. And it makes me proud and thankful that the City of Richmond is giving them that chance.”

Richmond’s free college tuition plan is similar to an initiative in Kalamazoo, MI. The effort called Kalamazoo Promise has invested about $55 million to assist more than 3,000 students. In 2005, a group of anonymous donors launched the program, pledging enough funds to pay the tuition of students to attend any of Michigan’s public universities or community colleges. Ninety percent of the district’s graduates enroll in college

Since the program was announced nine years ago, the school district’s enrollment has shot up by 25 percent and test scores and graduation rates have steadily increased, said Bob Jorth, executive director of Kalamazoo Promise. The city also has the third lowest unemployment rate in the state, he said.

“If you want a vital community, socially and economically, you have to have an educated population and the Promise seems to be supporting that,” Jorth said. “Seventy percent of students in Kalamazoo public schools are on free and reduced lunch, so naturally affordability was one of the biggest hurdles for students to go to college.”

“It certainly has made a difference in how many students start college,” added Jorth, “but the challenge remains in getting more students through college.”