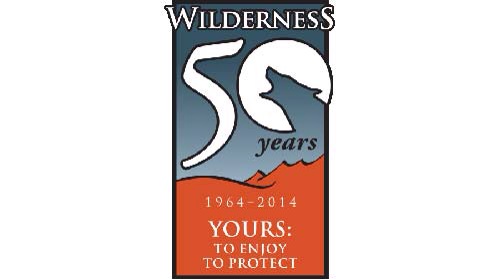 26 Aug Going ‘Wild’ in the Most Diverse City in America

Posted at 17:28h in News by Pulse Editor 0 Comments

This year marks the 50th anniversary of the Wilderness Act, federal legislation that was signed into law in 1964 to preserve America’s wild spaces. Through that landmark conservation law, 100 million acres of wilderness have been set aside for the public to enjoy.

The U.S. Forest Service, along with a variety of partners, is organizing a four-day festival in Vallejo, Calif. next month to commemorate the milestone. Partners include the Bureau of Land Management and local groups such as the Vallejo Community Arts Foundation.

By holding the event in an urban setting and in “the most diverse city in America,” says Steve Dunsky, a producer and filmmaker for the Forest Service, the agency aims to “bring ideas of wilderness and wildness to a diverse urban audience.”

The “Visions of the Wild” festival, which will run from Sept. 3 to 6, will include author talks, panels, concerts, art exhibits, a film series and field trips.

Dunsky says the activities are intended to help attendees explore what wilderness means to diverse cultures.

“[Different ethnic groups] have different perspectives on nature…a lot of that is through the arts,” said Dunsky.

Research by Nina Roberts, a professor in the Department of Recreation, Parks and Tourism at San Francisco State University, found that ethnic minorities, low-income people and youth are underrepresented among visitors to national parks. A survey she conducted in 2000 showed that 83 percent of park attendees were white.

Part of the reason for that, explains Carolyn Finney, a professor at UC Berkeley’s College of Natural Resources, is that immigrant and minority communities have not been included in the narrative of the creation of the national parks.

In 1964, Finney says, two pieces of powerful legislation were passed – The Wilderness Act and the Civil Rights Act. But the groups that pushed for these measures “weren’t in conversation [with each other] at all.”

Both Finney and Roberts will be speaking on a panel at next month’s festival.

For 23-year-old Meriel Melendrez, for example, the wilderness provides more than recreational opportunities; it’s a source of jobs.

Melendrez graduated from UC Berkeley in May with a biology degree. She interned with student conservation corps, and recently landed a temporary job with the Forest Service in Vallejo. Melendrez, who will be organizing youth activities during the festival, also works part-time at a community garden.

She says she hopes the youth programs will make young people more aware of wild spaces in their surroundings.

“I hope we’ll get more kids dreaming about what they want to do when they get older and hopefully that will involve a job in the wilderness,” she said.

Dunsky with the Forest Service says that although the wilderness tends to be perceived as separate from cities, the health of both are intertwined.

For example, he says, “protecting wilderness and the high country mean protecting watersheds” that provide drinking water for city residents.

And as humans encroach further and further into wild lands, Melendrez says, there’s a growing need for people with expertise in fire management, wildlife and plant control.

“I foresee a lot of jobs coming [dealing with environmental issues] that we really need to think about,” she said.

For more information about the festival and to register, visit: www.visionsofthewild.org.