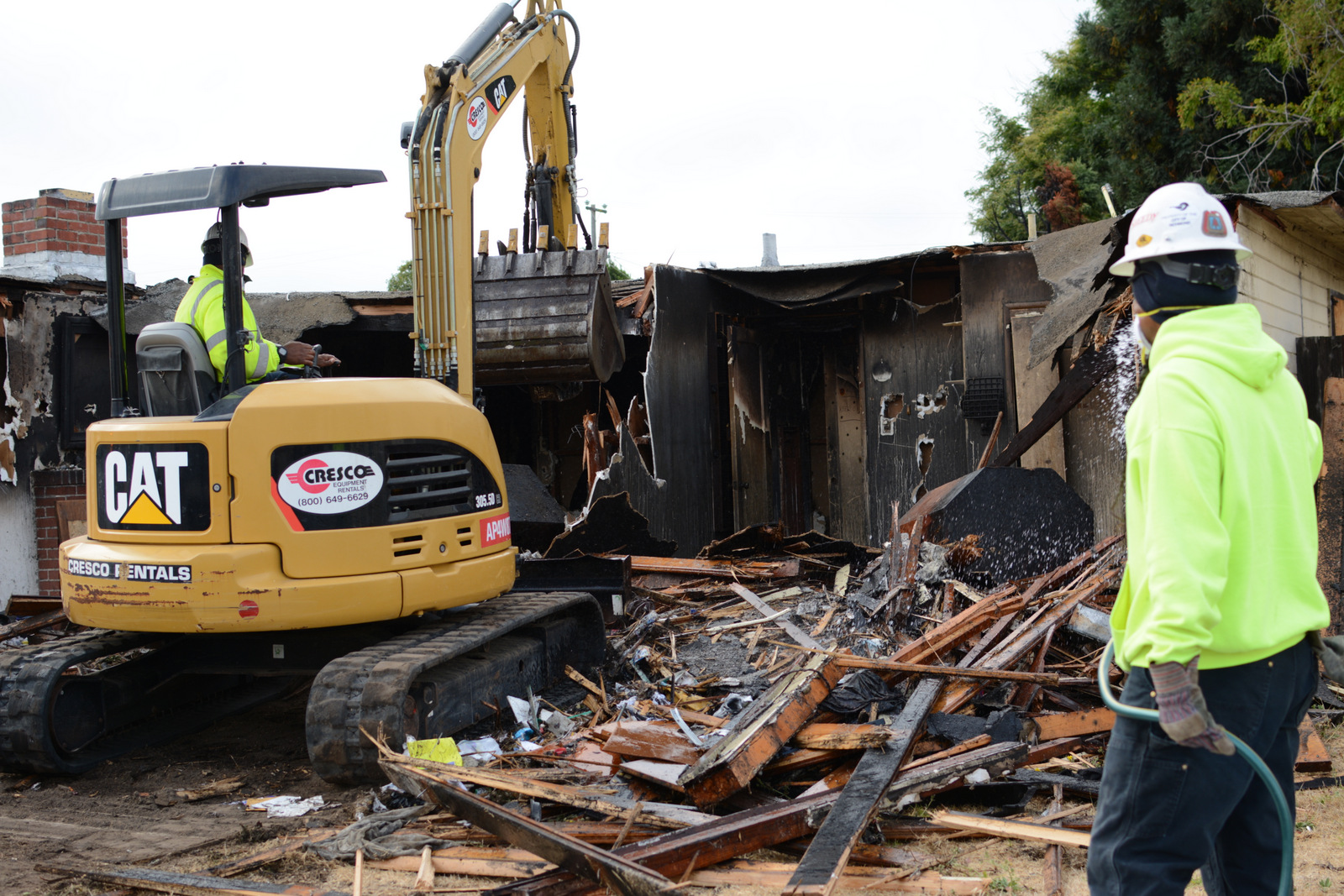 David Batiste says he loves the job he describes as “a little dangerous” and “never the same routine.”

On this day, he is helping demolish a burned down house at 24th and Maricopa Ave. He said this home has been a source of blight, squatters and fires.

This is the third home demolition this year in Richmond, with plans for several more. Recently, the city has seen an increase in demolitions of blighted, un-salvageable properties that pose a public safety hazard. These homes can be havens for squatters, drug addicts or gangs members, according to Code Enforcement officials.

For Batiste and the rest of the crew, it’s just another day doing the huge job of cleaning the city of Richmond.

The Code Enforcement Unit is comprised of three groups: Code Enforcement, the Abatement Crew and Parking Enforcement. The team of almost 30 deals with everything from weed height on private property, demolishing dilapidated vacant homes, picking up garbage dumped throughout town, giving out parking citations and everything in between.

“Our main goal is to improve the residents quality of life,” explained Tim Higares, the Code Enforcement Unit manager. “On a daily basis we’re out there trying to improve and stabilize our neighborhoods.”

When Higares started seven years ago, he worked with a staff of eight people. Today there are 28. Higares says the growth happened because of support from the city manager, police chief and city council.

“Crime and blight go hand in hand and they wanted to strengthen the unit,” Higares said of the collaborative effort to bulk up Code Enforcement throughout Richmond.

“A lot of people still don’t get how important and how powerful code enforcement can be in regards to eliminating blight and stabilizing neighborhoods,” he said. “We’re able to bring properties into compliance which reduces crime.”

According to Higares, the biggest issues they deal with are vacant properties. Some are in foreclosure and some are what he calls “zombie” properties, homes vacated by owners who have not completed the foreclosure process.

But, the work is far from being done—or even under control. “We could double the amount of officers and we would still have a formidable challenge here in Richmond,” Higares said.

Working on the streets of Richmond Higares says code enforcement officers are essentially dealing with some of the same people that police officers do. “At times there can be danger involved the work. That’s why we work so closely with the police department,” he said.

Code Enforcement Officer Nicole Ewing knows the dangers of the job first hand. She said squatters, and loose dogs, have chased her out of abandoned properties.

“Anything you can run into in the neighborhood, we run into,” Higares said.