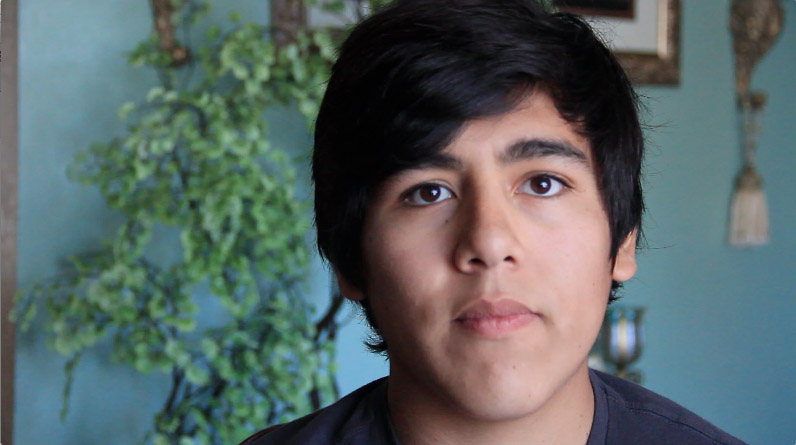 Manuel Martinez thought his future would follow the life of his father. When he was 17, he thought he’d work in construction after high school. Despite living in Richmond since the age of one, Martinez didn’t think he had many options because of his undocumented status.

Farther north, in Modesto, Yaquelin Valencia, a Kennedy High School graduate, spent a lot of her time driving around the Central Valley. She was 20 years old and passionate about organizing immigrant communities. She was also undocumented, and ineligible for a driver’s license.

On June 15, 2012, President Obama authored a memorandum that would alter the course of the two youngsters’ lives, along with the lives of hundreds of thousands in similar situations. The order granted young immigrants who met specific criteria the chance to apply for what is essentially a temporary reprieve from deportation, or the threat of it.

The administrative policy had an innocuous name, Deferred Action for Childhood Arrivals. Those eligible for DACA are granted an opportunity to apply for a work permit and a social security number.

Valencia and Martinez applied for DACA within months of its announcement and both were granted DACA status.

“January 22, 2013, I got a letter in the mail,” Martinez recalled. “My mom cried. She told me how proud she was that I was now an ‘American;’ that I finally belonged in the country.” With a year and a half remaining of high school, Martinez kicked into high gear, re-committing himself to his studies and reconsidering the possibility of what life could be like after graduation.

The last two-plus years since DACA went into effect have impacted the lives of eligible undocumented people, making opportunities such as employment and higher education accessible to many for the first time.

DACA generated national interest when it was announced. It was celebrated as an accomplishment for DREAMers and their supporters, those who advocated for immigration reform for the young undocumented community in the United States.

Obama and Democrats throughout the country, who’d earlier been polling low with Latinos, also enjoyed benefits from the DACA announcement. Obama was re-elected to the presidency a few months later, due in part to a reinvigorated Latino electorate—71 percent of Latinos voted for him that year.

Immigration rights organizations sprung into gear, helping potential applicants throughout the country apply. According to the American Immigration Council, a non-partisan and independent think tank, approximately 670,000 people have applied for DACA, with nearly 550,000 of those applicants approved.

In Richmond, Heather Wolf, an attorney at Catholic Charities of the East Bay, said her office has processed 300 applications and pre-screened over a thousand at workshops. She said the Richmond numbers were substantial.

Despite the boom in applications, the United States Citizenship and Immigration Services estimates that of the 1.2 million people eligible for DACA, half a million of them have yet to apply. A fee of $465 for a work permit, and a requirement that all application information be forwarded to USCIS may explain why some are reluctant to apply.

Valencia, who assisted Catholic Charities of the East Bay with the pre-screening process, and is a long time immigration rights advocate, used to be among them.

Those questions persist, but the effect of DACA on the lives of those who’ve received it is undeniable.

“I haven’t had anyone come through, who didn’t go out and immediately get a job or enroll full time in school, or is saving money to go to a four-year college,” Wolf said. “They have all been very productive and inspiring.”

As for Valencia, DACA allowed her to obtain a driver’s license and enroll full time in school.

“I think my mom had a sense of relief that I would be driving around now safely,” Valencia said.

Today she drives herself to school and gives colleagues rides to community meetings. After being elected to serve on the board of the Contra Costa Interfaith Supporting Community Organization, CCISCO, an organization she’d previously volunteered at, Valencia said she drives to Antioch for board meetings with a new sense of security and confidence.

“I feel much safer having a driver’s license,” she said, adding, “When I see an officer I still get a little nervous when they are behind me and I know they are checking my tags, but I know that because I have insurance and a driver’s license….I should be okay if they were to stop me.

After receiving DACA, Martinez completely changed the course of his educational career. With the help of his teachers, he increased his grade point average, ending his senior year with an acceptance letter from San Francisco State University. Martinez is now studying computer science at SFSU. But, a recent interaction at school reminded him of the limits of DACA.

“Even though I have a social security number, I still don’t qualify for many types of financial aid, many scholarships and some types of jobs,” Martinez said.
“I kind of feel like this is not a full measure, this is a half measure,” he said. “I am at a disadvantage for no reason again.”

Immigrant rights activists criticize the DACA program because it does not provide a path to citizenship. Now in its third year, those who received DACA status early on need to renew their applications.

According to USCIS, the participation rates of Asian American and Pacific Islanders have been remarkably low. For instance, of the 27,000 from the Philippines who were eligible, only 3,874 applied. Among Koreans, only 7,741 of the 26,000 eligible applied.

The uncertainty of whether immigration reform will become a reality during the last two years of Obama’s presidency, and the possibility of Republicans gaining control of the house following the November elections, puts many on edge. They worry that a shift in the political makeup of Washington could reverse their lives once again.

“DACA just opened so many doors,” said Wolf, of the people she’s seen come through her office in Richmond. “It would be really tragic to see the program shut down.”

Dr. Chris Zepeda-Millán, a political scientist and professor at the University of California at Berkeley, believes that concern for the program is warranted.

“The limit of DACA is that it’s not permanent,” he said. “If Republicans win this election, there is nothing stopping Congress from passing anti-immigrant bills.”

In fact, recent studies show the likelihood of Republicans picking up more seats is increasing, as Latino support for Obama and Democrats falls.

“With the mass deportations, and President Obama postponing executive action, it is actually suppressing the Latino vote,” Zepeda-Millán said. “If Republicans win the presidential election in two years, all this can disappear.”

Martinez and Valencia have taken advantage of DACA’s short-term benefits, but the future remains clouded, and citizenship still elusive.

“It frustrates me because I remember the first line I read on DACA was ‘this is not a road to citizenship,’ which is my ultimate goal,” Martinez said. “Because I feel as American as I can feel.”