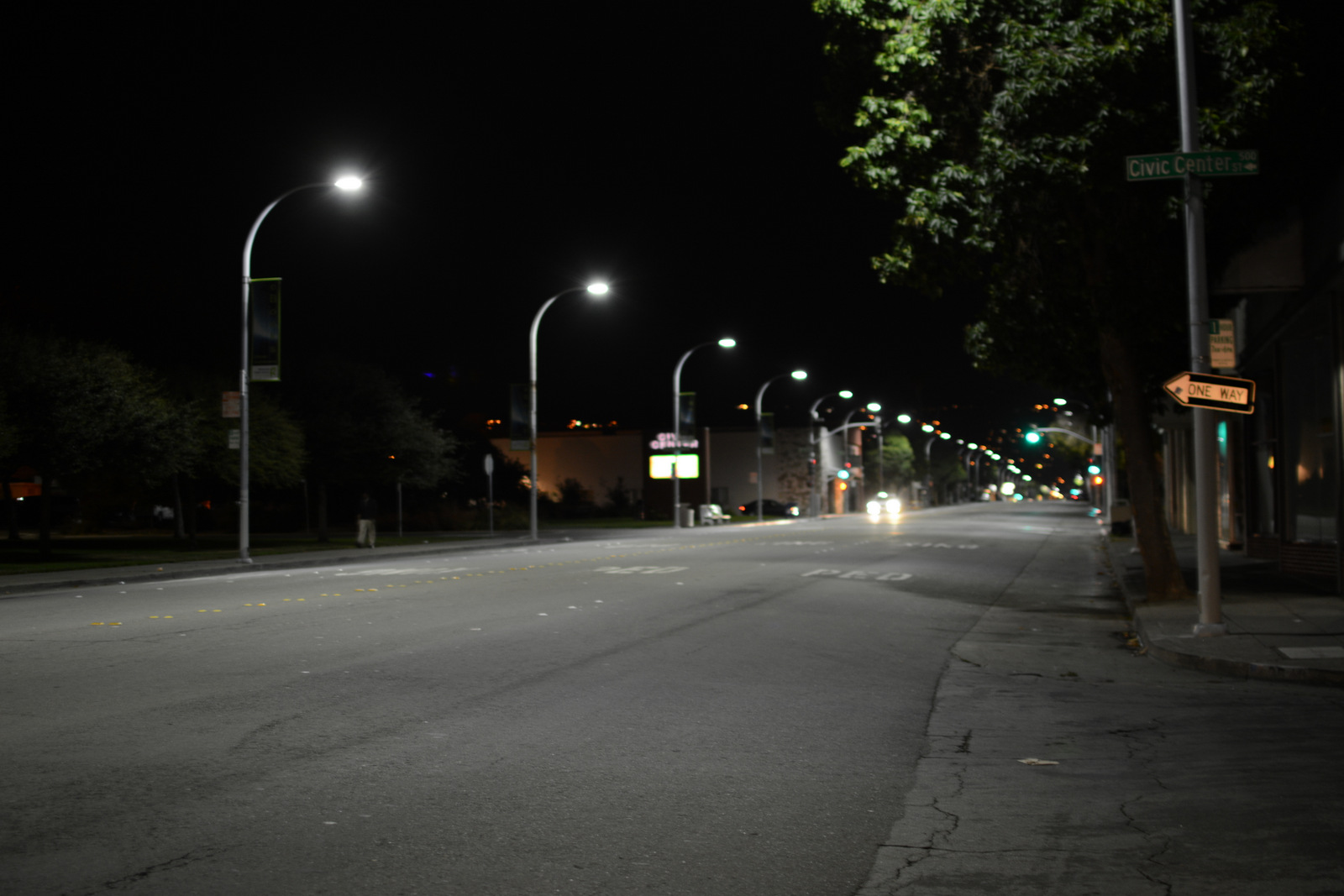 Posted at 22:40h in Neighborhoods, News by Pulse Editor 0 Comments

Richmond’s residential streets will soon look a whole lot brighter as the city’s plan to convert its streetlights to LED technology is nearing completion.

Joining a growing trend of cities switching to LED to save money and conserve energy, Richmond expects to save about $500,000 a year in maintenance and electricity, officials said. LEDs last longer and are brighter than the traditional street light while using less energy.

The project includes installing 1,920 new streetlights on empty PG&E poles throughout Richmond neighborhoods where often times the gap between the existing lights is too wide to provide adequate lighting.

To date, about 1,800 of the proposed lights have been installed and PG&E has connected approximately 1,100, with 100 more being added to that list every week. The process should be done by the end of the year. Once complete, the city will have over 9,000 streetlights.

The remaining neighborhoods were prioritized by geography and those identified by the Richmond Police Department as a public safety priority.

“It’s really made a difference in our neighborhood,” said Otheree Christian, president of the Iron Triangle Neighborhood Council.

“We’ve been advocating for better lighting since 2007. The lights were just really dim and you had others that were just out.”

Increasing street and pedestrian lighting was one of residents’ top priorities listed on the city’s 2013 Community Survey.

“One of the major requests from residents was how do we improve street lighting quality on residential streets,” said Adam Lenz, Richmond’s environmental manager. “On your typical block you would have about four wooden poles that hold streetlights and about every other pole would have a street light on it.”

Janice Mignone, head of the North & East Neighborhood Council, said there’s already a buzz about the new lights that should be energized over the next few weeks.

“It’s always an issue because if you don’t have good lighting then you tend to have more crime,” she said. “Lighting is just as important as having police patrol in your neighborhood.”

The city has secured $6.8 million in loans, a combination of low interest financing from the California Energy Commission and a capitol lease from Bank of America, to upgrade city owned and PG&E owned lights throughout Richmond.

Marin Clean Energy also contributed to the city’s street lighting project and awarded Richmond Build a $50,000 grant to train local residents in energy efficiency and lighting. After the course, four graduates were hired and are working on the project.

“It’s been a great local story from start to finish as far as the procurement, contractor and even having a Richmond residents work on the project as well,” Lenz said.

But not all residents are happy about the new lighting. In a recent e-forum, City Councilman Tom Butt wrote that some Point Richmond residents have complained that the new LED lights are “ruining their nighttime view or causing glare, and they want them removed or turned off.”

“Most people are really happy about these street lights and a lot of neighborhoods want more,” Butt said. “There’s a small number of people who want theirs turned off, but I think at the end of the day it will all be resolved.”

Lenz says the department will evaluate complaints as they come in.

“If a majority of the neighbors would like them removed, we’re happy to do that,” Lenz said. “We work for the community so we realize one size doesn’t fit all.”