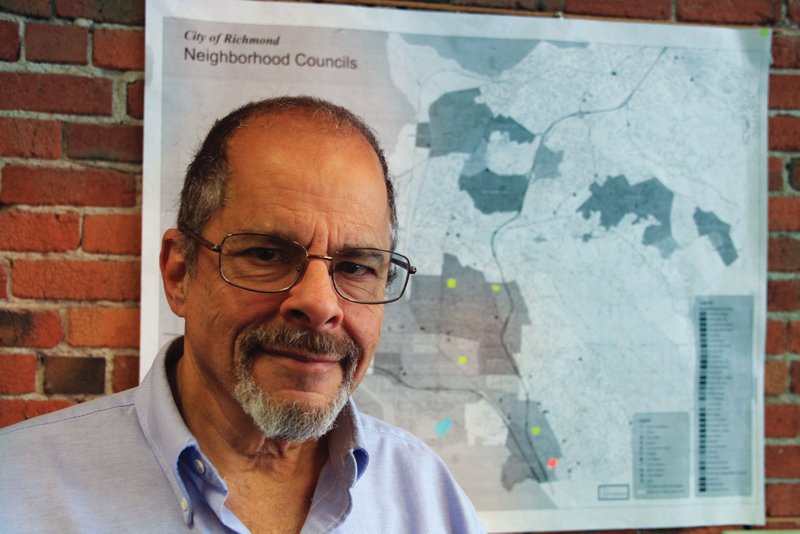 14 Nov Q & A: Mike Parker on Changing the Nature of Politics in Richmond

Richmond Pulse: RPA lost in the 2012 election but came back strong this year. What was the key to success this time? How much do you credit to Chevron’s missteps? 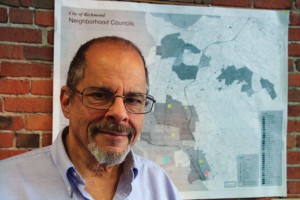 Mike Parker: There are many things that contributed to our victory. But I think the key reason that we won in Richmond, even while progressives lost across the country, was that this wasn’t just an election campaign. This was part of a ten year battle to change the nature of Richmond and politics in Richmond.

The hit piece stuff does damage. It did damage to us here. We would have done much better without them. I don’t think that this is Chevron’s misstep. I think we won. I think we won because Richmond really is much better now than it was ten years ago and people recognize that, and because we built an organization in Richmond to act politically throughout the year, not just at election time, and to help make some of these programs a reality.

RP: As a campaign strategist, what was different this year compared to other recent elections? Are there messages that resonate in Richmond today that didn’t say six or eight years ago?

MP: Chevron’s role in the city was a big issue. Chevron only attacked the three RPA candidates, it did not attack Tom Butt and it didn’t attack Jael Myrick. It wanted to smash the RPA, and its supporters, and I think the reason it wanted to goes back to the political struggle over Chevron’s modernization project.

The project was an opportunity for Chevron and Richmond to see reduced pollution, not just the same levels. It was the opportunity to take steps for making production of oil greener. It was the opportunity for Chevron to work with the community and Chevron in all those places chose not to work with the community, but to do just the minimum necessary to comply with the law. And they didn’t like the fact that people sort of stood up and said, ‘No, we want something more.’

The other big issue facing the city was, and still is, Doctor’s Hospital. We fought the closing of the hospital from the very beginning—wanting to get help early on, when we still could, from the Chevron Community Benefits Agreement. And we continued working with the California Nurses Association to try to keep the pressure up and we’ve made some headway.

We haven’t solved it yet, but there are more people who are onboard with finding ways to save it, and it can be saved—if we get enough good leadership in this county to actually take a look at how to save it.

RP: Mayor Elect Tom Butt has often voted in alignment with RPA members on the City Council, but he is not an official RPA member. What expectations, and challenges, do you see moving forward in working with the new mayor?

MP: I think we’ll work together well. That doesn’t mean that we agree about everything.

On the other hand, Tom is also somebody who is very smart and understands that there has to be something done in Richmond to bring it together, and I think that Tom will work well with the RPA.

RP: Only 17,000 people voted in this last election. How do you expand the circle of the RPA to bring in more residents, specifically more young people?

MP: That’s the $64.00 question. We recognize that part of the problem with a volunteer organization is that it needs volunteers and it needs people who will work. Well, that means that the main people who can do that kind of work consistently are retired people. People who are working full time, who have families, they can’t put in days and days and days of the consistent work that was necessary to do this.

This wasn’t just a spurt of activity at election time; this was consistent activity every day for the past, well, pretty much the past ten years. I don’t want to exaggerate it, but, you know, we try to maintain an open office, we were involved in all kinds of campaigns, helped various projects get going. All those things take work and it’s hard to get young people to basically put that kind of time into it. But we have to figure out a way to do that.

We have to figure out a way in particular to train new leadership, people to come onto the city council, people to lead in the community–because we want a community that’s active.

The best things that have happened in Richmond have happened because the elected officials have worked with active parts of the community to accomplish things.

RP: You said throughout the campaign that this was about Chevron trying to retake control of the city council. Then we saw that Chevron was willing to spend $3 million to get influence. What lessons can be learned from this experience that the community should build on moving forward?

MP: We built something that looks to residents being involved politically, rather than simply coming out to vote, and in doing that we created a little bit different culture in Richmond around how politics can be run.

I think we pretty much established that we were able to actually go out and make our case about what we stood for, and the people who went to vote agreed with us.

Chevron, by putting all this money into politics keeps raising the bar on what it takes to get active in politics and to do something. Right now it’s not possible, without having $100,000, to be part of a campaign. There are only a few ways you get $100,000. You either get Chevron’s backing, you have the backing of some other powerful institutions—the realtors or maybe the building trades—or you come together in some group as we did. We combined the campaigns, so between the campaigns all together we were able to raise probably $150,000. But, that was a lot of people coming together.

I have nothing against us raising $100,000 from small contributions because it’s lots of people coming together and it’s a lot different than coming into this game and basically owing your allegiance to whatever corporation is willing to sponsor you.