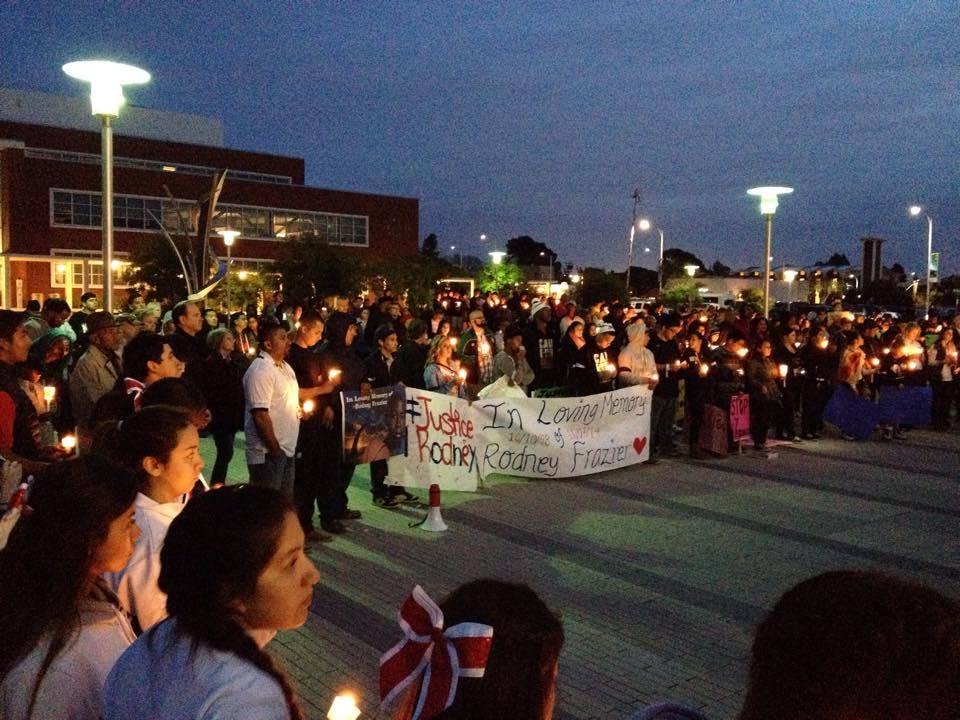 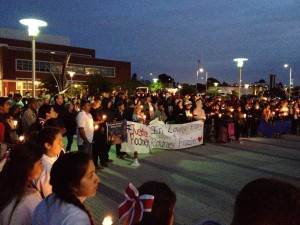 Rodney Frazier Jr. was 16 years-old, a teenager from North Richmond who loved basketball, his motorcycle, family and volunteering. On Fri., Nov. 7, his life was taken when he was shot dead in his front yard while trying to go home.

I had the gift of working with Rodney this year, during the Urban Tilth summer apprentice program. His smile is one I’ll never forget—or his curiosity and the way he’d ask a hundred and one questions.

At a memorial vigil held for him the week after his death, it was clear how many people felt the loss of Rodney. Hundreds of family, friends and community members gathered outside the Richmond Civic Center on a cloudy evening, they lit candles of love as night fell and the weather seemed to reflect the gloomy faces in the crowd.

“He was ambitious, he was sweet, he just wanted to joke and have fun,” Alaundria Evans, Rodney’s sister told me. She added that she would remember him as someone who tried to help anyone.

Althea Evans, Rodney’s older sister, recounted to me childhood memories that highlighted the man he was becoming, one who enjoyed the mechanical side of things—like fixing his bike. “When he was little he would throw away his toys and play with tools,” she said.

As a student at Richmond High, Rodney excelled at basketball. Rob Collins, Rodney’s coach was one of many who spoke to the crowd during the vigil.

“People say he was at the wrong place at the wrong time,” Collins said his voice loud with passion and fury. “He was in the right place–at home!”

Rodney was shot at 18 times in front of his own home, where his friends and family witnessed him take his last breath. 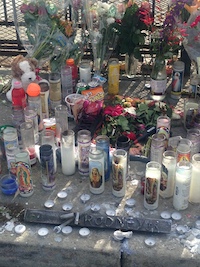 In the midst of the sadness and despair one speaker after the next talked about hope for a better tomorrow.

Mayor Gayle McLaughlin said the community was igniting “lights of justice” because “justice must come or peace will not come.” So far police have not made any arrests and believe the killing was a random act of violence. Rodney was not involved in any gangs or drug activity.

For some of Rodney’s siblings the vigil left a huge imprint and a better understanding of the immense love people have for their brother. Ciaundria Hillard, another of Rodney’s older sisters said, “It was sad that everything had to happen, but it makes me feel better that so many people who love him in the community came together and shared kind words.”

“The way people came together, I want us to hold on to that and continue coming together and stop wasting lives,” she added.

As devastating as it is, violence like this is nothing new to us who grew up in Richmond. Within the last few weeks five teens were shot in the city of Richmond and North Richmond.

Althea had a message for the community too. “Hold your kids tight, keep them close to you,” she said, “Let them know that there is a better future.”