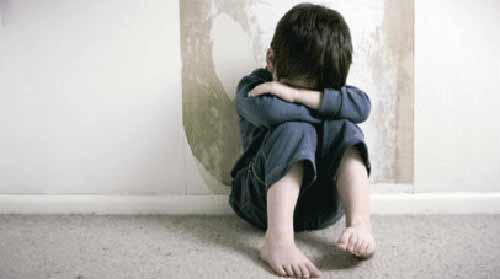 Posted at 11:35h in Health, Youth by Pulse Editor 0 Comments

Past experiences of childhood trauma are common among California adults, and those experiences correlate with harmful behaviors and chronic disease at a level that constitutes a “public health crisis,” according to a new study.

The report by the Center for Youth Wellness (CYW), a health organization that serves children and families in San Francisco’s Bayview Hunters Point district, demonstrates that “the effects of early adversity on lifetime health are astounding,” according to CYW founder and CEO Nadine Burke Harris.

The first of its kind, the study gathered data on how Californians are being affected by what the report refers to as Adverse Childhood Experiences (ACEs), or traumatic experiences that have long-term effects on the brain and body. The experiences measured by the study include physical, emotional, and sexual abuse; physical and emotional neglect; and household problems including divorce, domestic violence, substance abuse, incarceration, and mental illness.

The most commonly reported experience was emotional or verbal abuse, with 35 percent of adults saying they’d experienced that as children.

The pervasiveness of traumatic experiences was found to be “quite consistent across ethnicities,” according to Burke Harris. The percentage of adults reporting four or more traumatic experiences was similar among Whites and African Americans (16.4 percent and 16.5 percent, respectively), slightly higher among Hispanics (17.3 percent), and slightly lower among Asian Pacific Islanders (11.4 percent).

The report used four years’ worth of data from the California Behavioral Risk Factor Surveillance System, a telephone survey on health-related behaviors conducted every year by the California Department of Public Health and led by the Centers for Disease Control and Prevention (CDC). The total sample size was nearly 28,000 individuals.

“That’s a challenge for some people to understand,” said Mary Lou Fulton, a senior program manager at The California Endowment, a private health foundation that was one of the report’s sponsors. “How is it that something that happened to you as a child can actually result in a health consequence 10 or 20 years down the road?” Fulton spoke at a summit on childhood trauma held in San Francisco by CYW in the days after the report’s release.

And the high-risk behaviors like smoking only account for about 50 percent of the increased health risks, Burke Harris explains. Poor health outcomes in individuals who had more traumatic experiences as children are also due to constant activation of the body’s stress response, “where the body releases stress hormones, including adrenaline and cortisol. And when this happens with high frequency [it can become] a maladaptive chronic response in the body,” she said.

Burke Harris also noted that having more traumatic experiences as a child appears to correlate with limited access to health care as an adult. Someone with four or more adverse experiences is 50 percent more likely to lack health insurance as someone who’s had no adverse experiences.