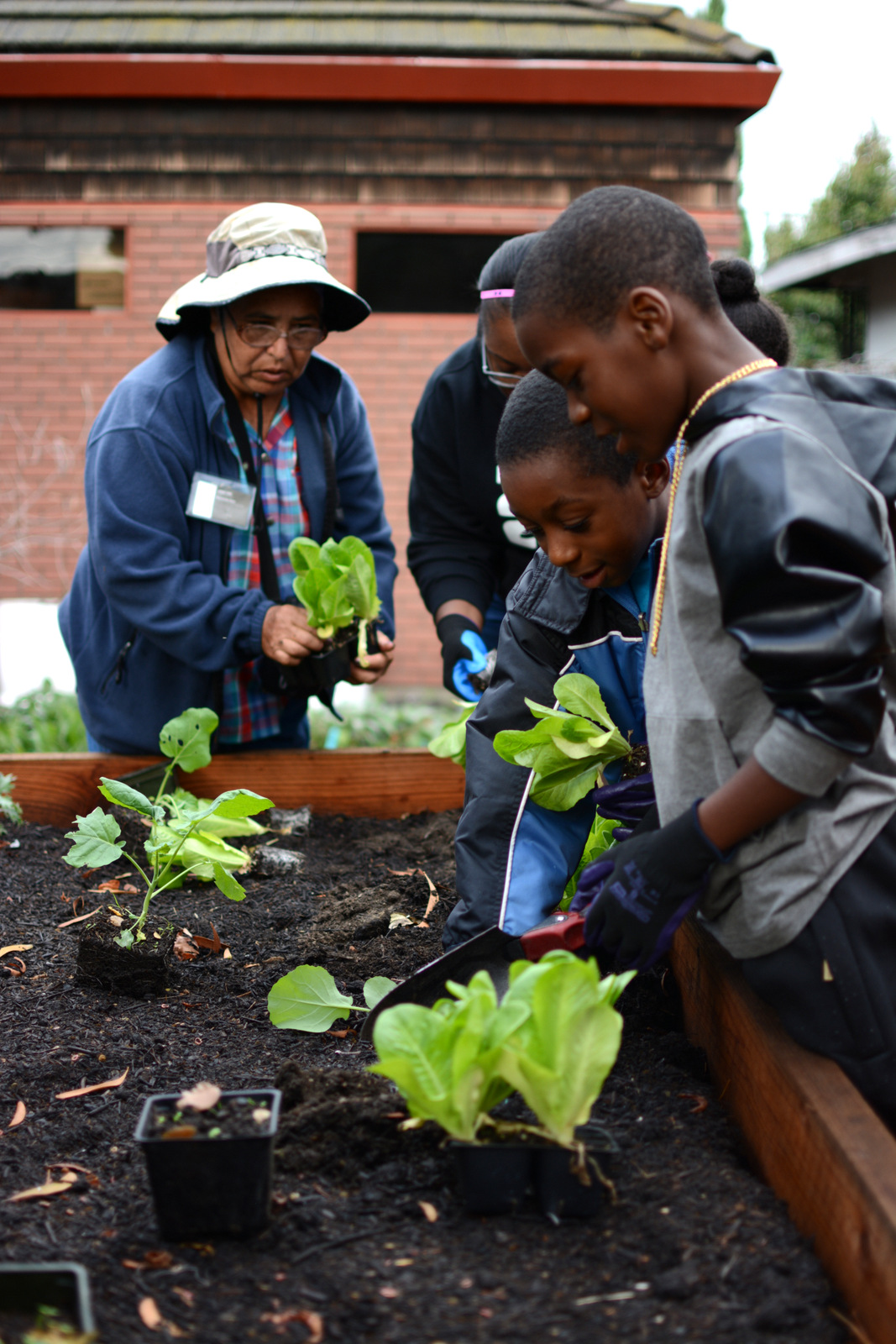 Posted at 11:41h in Environment, Neighborhoods by Pulse Editor 0 Comments

It was a cold, cloudy day and I was standing outside of the Multicultural Senior Center in Richmond waiting for volunteers and staff to arrive for this year’s “Beautification Project” ahead of the 5th Annual North Richmond Green Festival.

As I waited a burst of rain came down, but by the time the volunteers started to arrive the giant grey clouds hovering over us broke and the sun radiated through. 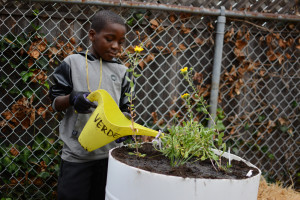 The community beautification event happened in the hours before the 5th Annual North Richmond Green Festival, on October 25th, at the Athletics Field. The festival began five years ago as a collaboration between community groups, residents and county agencies to raise awareness about the North Richmond Green Campaign and improve the environment and health of the community.

As the Community Engagement Manager for the North Richmond Farm and Beautification Projects for Urban Tilth, my role that day was to lead the planting activity at the senior center. With the help of seniors, youth, children and adults, we sowed over 60 plants—including lettuce, calendula, native flowers, cabbage and collards.

Tommy James, better known as “Coach Tommy,” helped plant with his kids. Coach Tommy was raised in North Richmond and coaches multiple sports for the North Richmond Green Sports Program. He also serves as a mentor to youth and adults in the community, encouraging them to get involved in community service projects.

Coach Tommy has been involved with initiatives to help green North Richmond for the past seven years, and has participated in all five North Richmond Green Festivals. “This event is very important, Coach Tommy told me. “We need to do this every month… this is beautiful and I love it.” 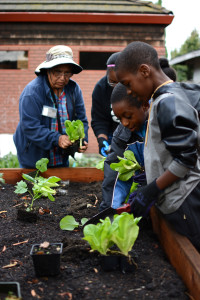 Bienvenida Meza works at the Verde Elementary Garden Program, an Urban Tilth project. Meza has been involved in garden projects for 20 years and lives in North Richmond. That day she was helping and teaching kids how to plant.

After all the beds, borders, and barrels were planted with the donations from Urban Tilth, Annie’s Annuals, and Sunnyside Organics, the senior center volunteers and staff loaded into cars with freshly wrapped gifts for the raffle. We filled our truck with plants and headed to the Athletics Field to join the festivities.

“Because of the high amount of illegal dumping and blight it’s important to connect neighbors to resources and support systems to help them improve their community and health,” said Orozco, who is also a Community Services Coordinator with the North Richmond Green Campaign. The campaign is collaboration between county, city, and community based organizations in North Richmond with the goal to clean up and beautify the community by deploying initiatives that unite residents.

Blanca Sosa, a North Richmond resident and mother of two, brought her children to the festival to ride the ponies and the train, jump in the inflatable castle, enjoy the live music and eat free sandwiches. Sosa said the event provided “lots of useful information” and her favorite booth was Urban Tilth’s—in part because it had free plants.

Vaibhay Sutrayer, who works for the Watershed Program, said pollution is “a severe problem” in North Richmond. Like the beautification project and the green festival, he said the solution must start with the people.