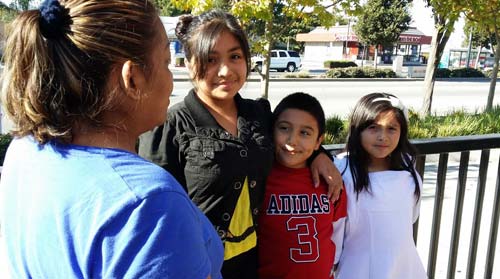 01 Dec In U.S., Undocumented People Can Donate But Not Receive Organs

Posted at 12:21h in Immigration, News by Pulse Editor 0 Comments

SAN PABLO, Calif. – Without treatment to replace her failing kidneys, Olga knows she will die.

The 37-year-old single mother is desperate to get a transplant so she can get well enough to nurture and provide for her three children again – something she hasn’t been able to do for the last couple of years.

But her undocumented status disqualifies her from getting on the organ transplant list, endangering her life.

Olga’s frail health forced her to stop working as a house cleaning woman and attendant at a Bay Area car wash, something she did seven days a week to supplement the $800 monthly checks her children’s father sends her. Those were jobs she could do without revealing her unauthorized status. In 2010, she was abruptly forced to quit her job loading boxes at a UPS facility, when her employer one day asked her for her Social Security number.

Olga, who asked that her last name not be used, stopped working completely two years ago after her legs began to swell and she suffered persistent headaches. Her trips to the emergency room only gave her temporary relief. She tried going on disability with the help of an immigration attorney provided by a charitable organization, but was told she didn’t qualify. 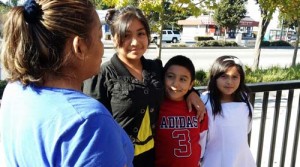 The Mexico-born woman was diagnosed with kidney disease in 2001. In 2012, doctors told her she would require dialysis for the rest of her life unless she could get a kidney transplant. But to get on the transplant list, they told her, she would need to have legal status. Until then, she could receive dialysis on an outpatient basis three times a week. California currently has 50,057 dialysis patients.

Though not very health literate, Olga appreciates the irony of her situation. She knows it would be cheaper for her to get a kidney transplant for about $100,000 than it is to receive a lifetime of dialysis, which costs around $80,000 a year in the San Francisco Bay Area.

On average, transplantation doubles the life expectancy of a patient compared to dialysis. But even if she were given a transplant, Olga’s medical treatment would be far from over because she would need anti-rejection drugs costing about $10,000 a year for the rest of her life. Many transplant centers say an undocumented person’s status could compromise his or her ability to continue paying for follow-up care.

“Essentially, all transplant centers require that all transplant candidates have medical insurance, be it public or private, so that the patients will have coverage following transplantation to cover the cost of the immunosuppressive drugs, which are expensive,” said Dr. John Scandling, medical director of the kidney transplant center at Stanford University, where some undocumented patients living in Santa Clara County have received transplants.

But he asserted: “My personal opinion is that undocumented patients should not be kept off the organ waiting list. We don’t turn down organs donated by undocumented people, but we are not willing to provide organs to them.”

An oddity in the U.S. health care system requires that federal Medicare cover all patients with end-stage renal disease, regardless of their age, for dialysis and organ transplantation. The exception is undocumented immigrants. But low-income undocumented patients can receive emergency care for which hospitals are reimbursed by the federal-state funded insurance program for low-income people called Medicaid (Medi-Cal in California). Olga is lucky that California, like New York and North Carolina, defines the outpatient dialysis she receives as “emergency care.”

Even if Olga could get on the kidney transplant list, she would likely have to wait six to 10 years to get a transplant in the San Francisco Bay Area because there is a greater demand for kidneys here than there are donors, Scandling said. In the Pacific Northwest and the Midwest, by contrast, the wait time is between one and three years.

Olga’s father, who had lived in the United States illegally since he, his wife and Olga immigrated here from their native Mexico 15 years ago, moved back home in 2012 to seek treatment for his diabetes.

Olga, too, could go back to Mexico, where a kidney transplant costs around $40,000, but she would have to sneak back in through the desert to reunite with her three U.S.-born children. That, she said, would be too dangerous.

Laura Lopez, executive director of Street Level Health Project, an Oakland-based non-profit that helps immigrants get access to health care and other services, believes that California should provide health care for all of its residents. She supports democratic Sen. Ricardo Lara’s Health Care For All bill.

“People shouldn’t have to go back to their homeland to die because they can’t get health care in the U.S.,” Lopez asserted.