17 Dec Opinions on Policing in Richmond

Editor’s Note: When President Barack Obama proposed his $263-million spending package to expand the use of body cameras on officers, among other efforts to improve community-police relations, last month, he noted that “simmering distrust” of law enforcement is present in communities of color across the nation. With that in mind, Richmond Pulse asked community members about how they perceive local law enforcement. 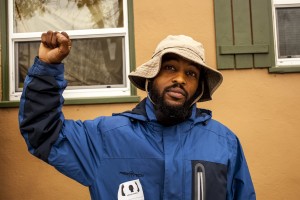 Police is like a box of chocolates, like Forest Gump said, you never know what you’re gonna get on any particular day. So I do my best to stay away from them. You know, the police is supposed to serve the people; the people don’t serve the police. So if we don’t need them, why would I be around them?

In my experience some are good some are bad. Some power-trip every now and again, some power-trip everyday. But not all of ‘em are bad. Some of ‘em actually get into it because they want to help weed out the bad ones. And that’s what’s up — power to y’all, but we need a whole lot more help. It’s not just the police, it’s the system, that needs to be fixed. Law and Justice are different.
– Phillip Burns 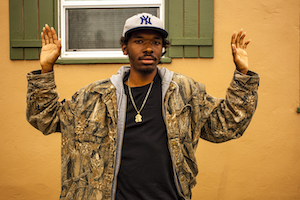 Based off personal experience, it hasn’t been too bad. It’s been life really. Now I have seen different aspects of police activity, but for me I haven’t been on the end of that personally. I’m well aware of how I should act dealing with police so it doesn’t go south for me and the wrong things don’t happen.
I know how to act in the presence of police so I can make it home, so I can make it home to my family.
– JayJay McCoy 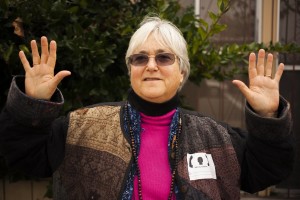 I recognize one-on-one that police are people but I have so often been in demonstrations where the police are asked, it seems, to be not people. They are asked to be robots. They’re asked to be the face of the violent system that we live in. It’s so dehumanizing to them, but it’s terrifying to us. I’m so aware, if I were a 25 year-old black man, I couldn’t even delude myself into thinking I was safe.

I’m less afraid of the police than I was 15 years ago, and yet I still really understand that being a middle class older white woman, I have a lot of privilege and I can get away with a lot of stuff. There’s gonna be different assumptions. If I were lying on the ground choking, I believe most policemen would believe me, and that’s privilege.
– Gabriella Heinsheimer 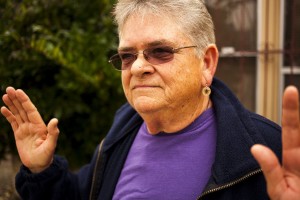 My relationship with the cops in Richmond is far better than any place I’ve ever lived, and I attribute that to the community policing model that’s been instituted over the last years. I think it’s been really, really successful and I look forward to seeing it grow.

I haven’t lived in an area where the police department has been so clearly involved with making neighborhoods stronger. There seems to be a personal commitment by so many of the police officers we’ve dealt with and I believe that comes from the police chief and it filters down.
– Judy Weatherly

I haven’t had too many run-ins with police officers truthfully, I had some expired tags once and I was pulled over. The police officer actually was really kind to me and let me go. So I’m not anti-police and I don’t think that’s what our movement is about. It’s just that there are a few rotten apples in the batch and I think they need to start being held accountable for their actions.

I think part of the problem is that some police officers are being trained in a militarized style, and they’re trained to kind of fear us and shoot first and ask questions later. And I think that it has to do with a poor relationship with civilians and police and its not exclusive to black people or minorities.
– Minnie Myers 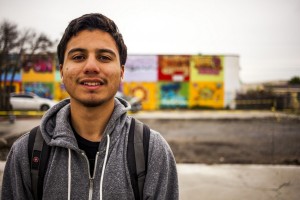 I never really had an encounter with the police officers. The only thing I can tell you is they gave my mom a ticket for dropping me off in a no drop zone when I was in middle school. For the most part, it seems like they’re looking out for us. I don’t see them as going after me or attacking me. I think they’re better in Richmond than they are in most other places.
– Justin Rodriguez 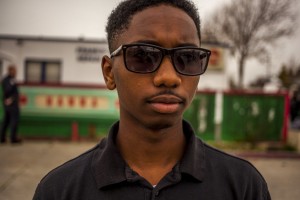 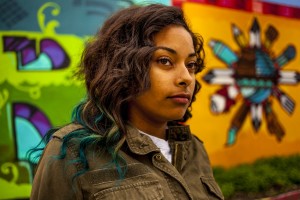 They make me nervous being around them even though they are there to protect. I think I feel this way because all the things I heard at a young age starting with the Oscar Grant situation. Seeing the officers outside today holding the signs made me feel a little different. I feel like all police are not enemies.
– Arianna Ward 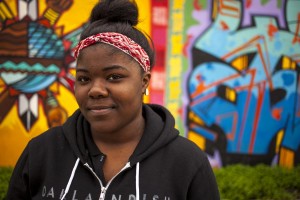 I wouldn’t say I don’t like the police but often when I see them I get a weird feeling. I’d rather not interact with them. Also, in my neighborhood there is a lot of hate for the police so I think I just have bad feelings about the police because of that. The police haven’t done anything personally to hurt or harm me. But they have to my loved ones and friends.
– A’myia J. 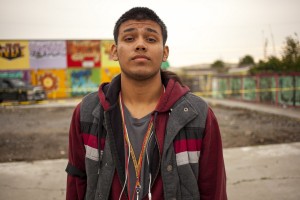 Since what happened not too long ago, probably say like two months ago, with an officer killing somebody for no reason outside of a liquor store right on Cutting by a high school called Kennedy, when I see a police officer it disgusts me, it makes me want to be like, “Get the f–k out of my face, don’t talk to me, I don’t want nothing to do with you.”

Because it’s like, what if you hurt me and I don’t get the justice that my family want? Just like all these other families that cant get justice because of the law, because of the color of their skin, because we out here poor and not have as much money as y’all have, you feel me?

Law enforcement, I honestly feel like most of them been cool but I been with a lot of police out here that really just make me –Stomp out my wig, make me (sit) on the corner for no reason, put handcuffs on me, tighten them for no reason. I’ve been stopped a lot of times for no reason, just because of the color of my skin.
-Shivneel Sen