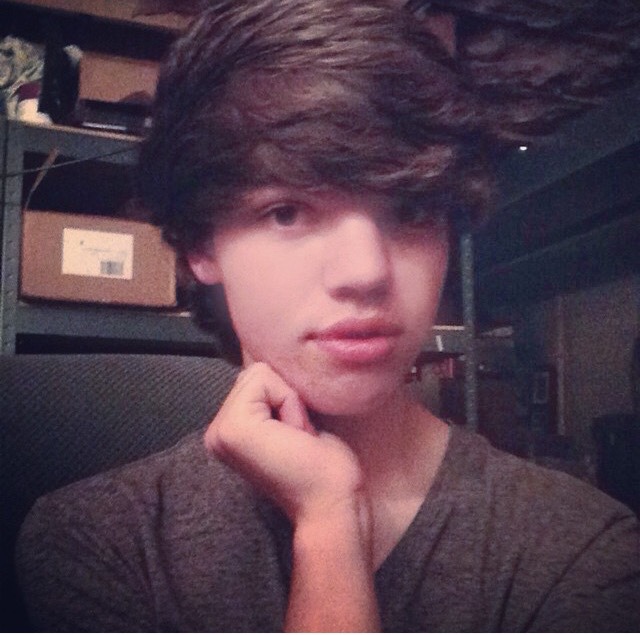 Leelah Alcorn was born on November 15, 1997 as Joshua Ryan Alcorn. According to her suicide note she knew as early as age four that she wasn’t a “boy.” Ten years later, she learned what she had been trying to define about herself nearly her entire life: She was transgendered, a girl stuck in a boy’s body.

At 14-years old she told her parents. And, in Leelah’s words recorded in her suicide note, her parents didn’t take it well.

“You’ll never be a real girl,” she says they told her. “What are you going to do, f*** boys?” At 16, Leelah tried again to gain her parents’ acceptance that she was a “she,” and told them she was attracted to boys. She’d later ask them to assist her in her physical transition (referring to hormones or surgery, if not both), something they refused to for financial and religious reasons, Leelah wrote.

By the time Leelah was 17, she’d been through more heartbreak than any teenager should. Leelah wrote that her parents took “their son” out of school, restricted communication to friends and social media and sent her to a Christian therapist who she said treated her with an extremist, controversial gender-conversion therapy that combined Prozac with a return to religion, and focused on getting Leelah to see the “error” of her ways and accept God’s teachings.

In the early morning of December 28, 2014, Leelah snuck out of her house, walked almost four miles to Interstate 71, outside of Cincinnati Ohio, and stepped into the road. She was hit by a large vehicle and died in the street around 2:15 a.m. according to a report from CNN.

About 17 hours later a Tumblr post she had set up to publish at 5:30 p.m. went live. It contained the suicide note I’ve been quoting and explained why she did it, chronicling her journey from a confused four year old to a girl on the verge of ending her life. In a post released after the suicide note, she apologized to a select number of people—her siblings and a few friends. She concluded the note by telling her parents she did not forgive them, and that it was their fault, their actions, that lead to her death.

We don’t know for certain if Leelah’s recounting of her life is embellished, colored by the rejection she felt, or fully accurate in its lambasting of her parents. But, we do know that what she said she experienced, and the extreme measures she took to escape her life, are all too common among people who, like her, struggle with identity and acceptance.

It wasn’t until high school, when I decided to participate in my school’s version of a gay straight alliance, that I realized how difficult it was to actually discuss the issues that are always present for the LGBTQA* (lesbian, gay, bisexual, transgendered, questioning/queer, ally) community and anyone else who strays from “normal.”

In college I’ve lived intimately with those problems, spending my entire freshman year living in a dorm setting that catered to people questioning their gender, personal or sexual identity. I’ve lived in a home that had no pronoun assumptions, gender-neutral bathrooms and showers, and open minds.

Through these experiences, I’ve encountered individuals who struggle daily and I know for certain that the internet horror “stories” we here are more than stories. They are lives. Lives I now have personalities and faces to associate with.

For many Leelah’s personality, her face, her life and her death are that personal connection.

Following her suicide, the LGBTQA* community responded strongly and swiftly at the loss of another teen to suicide. Candlelight vigils were held in her hometown and in cities and college campuses across the nation. Her story made national and international news.

The Transgender Human Rights Institute responded by launching a campaign to enact a federal law, which they proposed be called Leelah’s Law, which would ban gender-conversion therapy in the United States, a practice many, not only the LGBTQA* community, view to be inhumane.

On my college campus, at the University of Oregon, a meeting was held following Leelah’s death, calling on students to help make a difference in the world for those who feel unwanted by family or society.

The response seems large, but I have many friends, colleagues, and classmates that have no clue who Leelah Alcorn was, or why her death is significant.

I worry that there will never truly be social change for those who feel victimized, but when I see articles about Leelah’s story written in England, or hear about vigils held in Canada for her, I know there is hope.

The pattern of youth suicides committed by those feeling insecure about their body, identity, or future is shocking and needs to be addressed. I fear the path ahead for those wanting change, is a hard one, full of people whose only goal will be to demolish the desire for change.

I believe it is the adolescents who will need to take charge and change society. Young adults can do something now. But first, we need to know that there are resources, and that those resources can help.

There are ways to take how you feel, any hate, revulsion or fear that you may have toward yourself, toward others, toward society, and turn that into the power it will take to change society.

We need to fix society, as Leelah pleaded. We need to, as a generation, rise up and make a difference in lives, help those who cannot help themselves — no matter who they are or how we may feel about their decisions in life.

Because, a life is a life. No one, for any reason, should get to the point where they say, as Leelah did on her Reddit account, “Please help me, I don’t know what I should do and I can’t take much more of this.”

We need to help.

* is for any other representation of personal, sexual or gender identity not listed