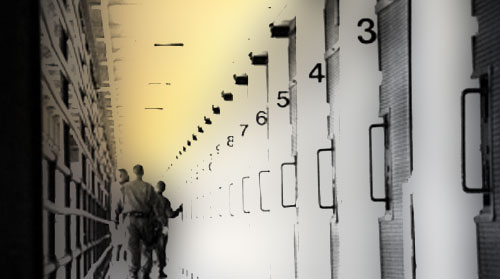 Ed. Note: A new set of California regulations aimed at ferreting out contraband in state prisons threatens to discourage visits to family or friends behind bars. The regulations – which require visitors of all ages to submit to a canine and/or strip search – will become permanent this year barring a reversal by the Department of Corrections and Rehabilitation. Criminal justice advocates fear the regulations could deter visits they say are central to lowering recidivism rates. Fresno native Tou Vang, 40, spent 20 years locked up and says routine visits from his brother helped him “feel part of society,” easing the transition to life outside.

I’ve been in prison since I was 18. In the 20 years I was in the pen, I marked my time through visits from my brother. He made it a goal to see me once a year. Either in the spring or the winter, or when he was free he came to see me.

I know he had stuff to do with his family on the weekends, so I appreciated him taking the time to see me. But he did tell me how it’s kind of hard for him to visit.

He would drive two or three hours to my place. I was moved around to five different places during my stint but all of them were within a two-to-three hour drive from his home.

Once at the prison, he had to go through the name check, [guards] would pat him down, then he came to the visitor area. He said there’s usually a line of 50 to 80 people in the morning so it is a slow process.

I know he came to visit me a few times when we were in lock down. One time a prisoner escaped. Yeah that really does happen. So after coming out to the prison he had to turn around and go back home. Another time some knuckleheads got into a big fight during the week so they locked down our block. He had to go back home that time also.

When he came he brought bags full of quarters. We’d visit the vending machines in the visitor area and get pop and all sorts of microwaved foods. I’m sure you’ve heard that the food inside the pen sucks. No taste at all. So yeah, I look forward to eating food that people on the outside eat when my brother comes.

Football season was the best. We’d have our drinks and our food. I usually got some hot wings and a hot pocket and we’d watch the Raiders together. I know my brother is a Cowboy fan, but they always showed Raider games so it was all good. We ate, watched the games, then ate some more, and then the visit would end.

When it wasn’t football season we’d get our food and play Scrabble and he’d bring photos of his family. We’d talk about our relatives and cousins we grew up with and what they are doing with their lives. None of them came to see me. Not because they didn’t want to but because they all moved away. Most of them lived on the other side of the country.

My brother is the only one in our family who visited. My dad and another brother couldn’t come because they have records and so failed the background check. With my dad it would be a lot of awkward silence anyway. We never talked much.

My brother’s visits allowed me to feel connected to the outside. I know lots of guys get visits every month and a few every weekend. I know there are guys who don’t get any visits. It’s a lonely and pathetic place to be when people just forget you and you’re left to rot away without anyone caring. I’m glad I got to see my brother. It really helped me feel a part of society.