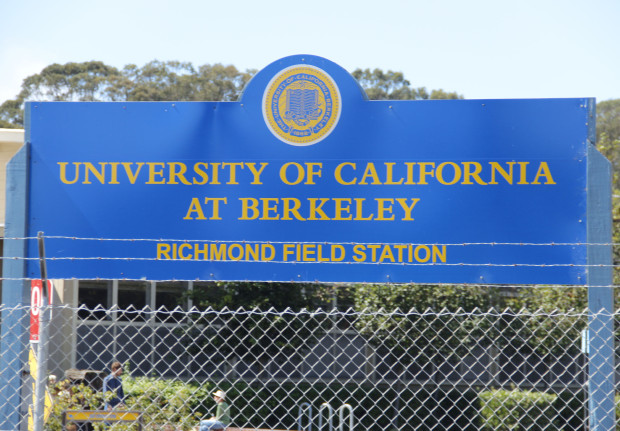 19 Mar Who Will Benefit From Berkeley Campus at Richmond Bay?

A new UC Berkeley campus being planned for Richmond must take into account the needs of the city’s residents. That’s the message the Richmond City Council sent UC Berkeley last month, when the council called on UC Berkeley to sign a community benefits agreement.

But Richmond residents aren’t just waiting quietly. This week, about 30 people – some of whom stripped to their underwear — disrupted a UC Regents meeting to demand that UC sign the agreement with Richmond, the Daily Bruin reports.

Their concern is that the massive new campus, which has the potential to bring jobs and opportunity to Richmond, could also drive up housing prices so high that residents will be forced to leave the city.

UC Berkeley is planning to build the campus at the Richmond Field Station, a site with sweeping views of the bay and the San Francisco skyline just off the Regatta Boulevard exit of Interstate 580.

Chancellor Dirks announced plans to develop the “global” campus in October, saying it would allow UC Berkeley to partner with universities and corporations on research into problems of worldwide concern. The project had initially been conceived as a part of the Lawrence Berkeley National Laboratory, but stalled after federal budget cutbacks two years ago.

The plan has been met with excitement by many in Richmond because of the job opportunities and economic boost the campus could bring to the city. Some 10,000 people will work there daily. Five million square feet of office and lab space will be developed.

But residents also want to make sure the community benefits from the new jobs and opportunities.

One major sticking point is that the project does not include housing, even though the development will likely have a major impact on raising housing costs in the area.

According to the report “Anchor Richmond” by the Haas Institute for a Fair and Inclusive Society, more than 9,000 Richmond residents — nearly half of all renters — are low-income tenants overburdened by housing costs, making them vulnerable to displacement as rents rise and wealthier tenants move in.

According to the Association of Bay Area Governments, Richmond will need 742 more affordable housing units over the next eight years. While the city is developing new land use designations in the campus area, some community groups say they remain uncertain that it will meet the new affordable housing demand.

In response to these concerns, a coalition of community and labor groups has pushed the city council to adopt a legally binding community benefits agreement with the university.

The coalition, aided by the Haas Institute, researched ways the community could benefit from the campus, along with the potential impacts the proposed development would have on Richmond. Issues of concern included housing, local hiring, fair treatment of workers, education and business development.

In February, the coalition convened a town hall meeting at Miracle Temple on Cutting Boulevard to educate local residents about the campus and encourage Richmond City Council members Jael Myrick, Jovanka Beckles and Eduardo Martinez to pass a resolution calling on the university to sign the community benefits agreement.

As part of the agreement, the coalition called for funding for development of affordable housing, training for local workers to get jobs at the campus, a living wage policy for the campus and hiring local workers in the campus’s construction. It also called for a labor policy that would protect current UC Berkeley workers from losing their current positions, investment in local small business, and funding for local students to help receive career opportunities and education.