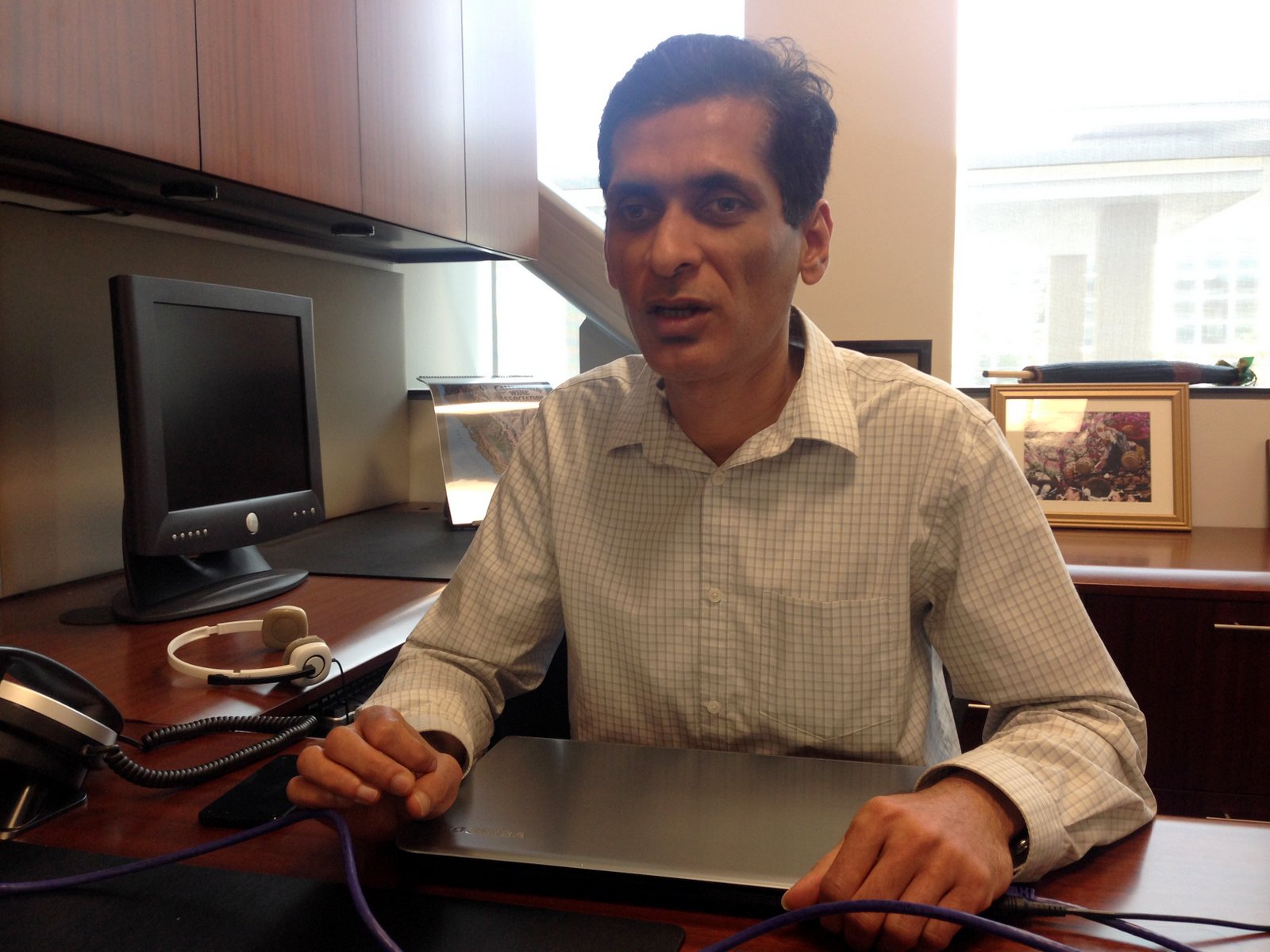 EDITOR’S NOTE: Richmond’s newest city council member is Vinay Pimple (pronounced Pim-PLAY), a 47-year-old attorney who has been on the job for less than a month. Pimple was selected unanimously by the city council from a group of 17 contenders to fill the seat vacated by Mayor Tom Butt. Born in India, Pimple has been completely blind since the age of 10. He came to the United States in 1993. Vernon Whitmore, Chair of the Board of Richmond Chamber of Commerce, sat down with Pimple to discuss his approach to working with the Chamber of Commerce and the local business community.

Vernon Whitmore: How has your adjustment been to your new life as a city councilman?

Vinay Pimple: It is exciting. I’ve gone to quite a few neighborhood councils and it’s really nice to meet the people and I definitely feel like people are very warm, very welcoming. You know, I didn’t quite know how people would react but now I’m getting kind of used to people being so welcoming of me. Initially I just felt very touched by it because of the first council I went to was the Santa Fe Council.

VW: Yes, we were so happy to have you there!

VP: I was just really touched by it, you know? It was just, it was so warm and welcoming, you know?

VW: And then I saw you at the Marina Bay neighborhood council meeting last week and they were very receptive.

VP: Oh yeah, there, too. And so it was just really nice. You go in thinking that yes, I’m here because I want to help people out, you know? Because otherwise there’s no point in this job. But you so often read the media and the media tends to be very negative about politicians. And so you just have this fear, as someone who is new to this, that people probably don’t look at you in a very nice way. But actually most of the people who are actively engaged, if you go out to them and if you engage them and try to help them out, they’re actually very appreciative.

I have to say that I’ve been welcomed by not just the folks in neighborhood councils but even the political people so far. Certainly even the political people that I have talked with across the board, they have been pretty welcoming. That could be a false perception but at least it seemed to me like they are pretty welcoming. Everyone from RPA to Chevron, they all seem to be very welcoming and positive, prepared to work with me, and so I feel that I really want to work with everyone on the council and every one of our engaged constituents.

VW: As chairman of the Board for the Chamber of Commerce, one thing I’ve been doing recently is to work on the huge disconnect between the city and the Richmond Chamber of Commerce. As you know, the chamber has found out information late, so we’re always a day late and a dollar short. When you show up to the council after the deal is done, what can you really do? What is your vision for working with the chamber and the local business community?

VP: Well, see my thing is this… Not just does it happen that you are late, but also it means that you are not always able to gather and give all the pertinent information. You’re going to give your opinion rather than an opinion backed by information. And so what I would ideally like to do is any important thing that is going to affect our business community should be told it beforehand. I’m interested in your perspective, sure, but more than the perspectives, I’m interested in systematic information… because sometimes opinions differ.
I know that Mayor Butt was saying to me how the Richmond Chamber of Commerce is not connected with the National Chamber of Commerce, and I certainly don’t agree with a lot of the policies of the National Chamber of Commerce, I don’t think they are good for small businesses. I think they’re maybe good for big businesses. I don’t think they’re good for small businesses and small businesses are very important for us. And so sometimes my opinions may be quite different but definitely I always want information. I want information first and perspectives based on that information. The more time we give you the more likely we are going to get that information.

VW: I saw Mayor Tom Butt was a little distressed after some council members went against city staff at the last city council meeting on the youth projects.

VP: Yeah, well, you know, I did vote against most of those spending measures and I was the one who voted against the largest number of those ’cause I voted against almost everything. I really felt that there was not a process being followed and people were putting things on the agenda without any idea of how much it would cost.

I was kind of shocked that people voted, like, OK, say initially it was $4,000 for the plaque and many of the people thought that was for the chair plus the plaque; it was just for the plaque. And then they cut it down to $1,000, even though five minutes before they had checked on the web that a plaque cost $60. I’m like, Well, why are you spending $1,000 when you just found out that it costs $60? I tend to be kind of reluctant to see money go.

Some people’s approach is I’ll say yes unless there’s a really good reason to say no. Mine is the opposite. I will say no unless you convince me to say yes. With spending of money, one thing where I do think I need to work on is I tend to be more focused on saving than on growing the money. I think that is the kind of place where I think interfacing more with the business people would actually help.