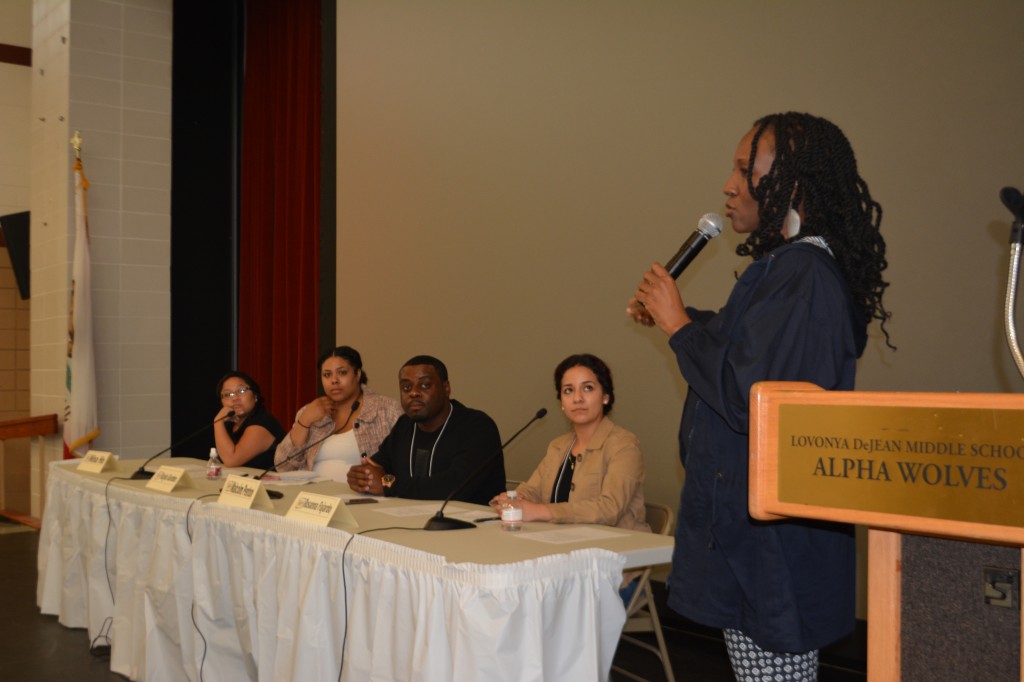 Posted at 17:16h in Youth by RPadmin 0 Comments

In California tens of thousands of children are part of the foster care system, and according to experts those who “age out” face an uphill struggle into adulthood. Without financial support or assistance from family many of these young adults fail quickly.

According to a study on youth who age out of foster care, more than one in five will become homeless, less than 60 percent will graduate high school by age 19 and within two years of leaving foster care 25 percent will be involved in the justice system.

Amongst these stark numbers, officials from Contra Costa County, Alameda County and Solano County came together in March at Richmond’s Lovonya DeJean Middle School for a roundtable discussion with former foster youth from around the Bay Area to discuss how experiences in foster care shape individuals and to talk about how policy makers can help young people in foster care.

As part of the “2015 Road to Your Future Foster Youth Conference,” held on March 21, Richmond Police Chief Chris Magnus moderated the roundtable. Many of the former foster youth attributed part of their success to the California Fostering Connections to Success Act, Assembly Bill 12, which they said helped them transition into adulthood.

AB 12 was implemented in January 2012 and among other changes, it extended support to foster youth up until age 21 to help them transition into adulthood.

Sherion Arnold, a panelist, said that many of the programs and opportunities presented by AB12, including the extended age limit, taught her how to “live independently,” and inspired her to become a advocate for other foster youth.

This year, the conference was expanded to include Alameda and Solano counties because youth from Richmond often end up in these surrounding areas.

“A lot of our youth are placed in other families,” said Michelle Denise Milan, a crime prevention manager for the Richmond Police Department and member the conference planning committee. “They may have started out in Richmond but they ended up in Solano or Alameda County. It’s a very close-knit, connected community so we felt it was important to reach out to the other counties in partnership.”

According to the most recent numbers available from kidsdata.org, in 2013 there were 1,164 children in foster care in Contra Costa County, 1,614 in Alameda and 446 in Solano County. These numbers have decreased over the last decade but it’s still a lot of kids to serve.

The conference also featured workshops focused on the challenges that foster and transitioning youth face such as homelessness, employment skills, planning for college, money management and health.

There were also workshops that focused on life skills, relationship and dating, music and fitness courses and haircuts and personal styling.

“This is a day about finding resources and letting them know they can have a road map to their future,” Milan said.

Malcolm Penton, 32, a former foster youth who now works as an advocate with California Youth Connection, took part in the panels and said that in addition to housing, having people to depend on for guidance and advice is a big challenge facing foster youth.

“We really talked a lot about those pivotal moments and how we sort of made changes in our lives,” he said. “The difference for me, and I think for some of the others that didn’t have the same outcome that I had, was that there were certain people there in my life in those moments.”