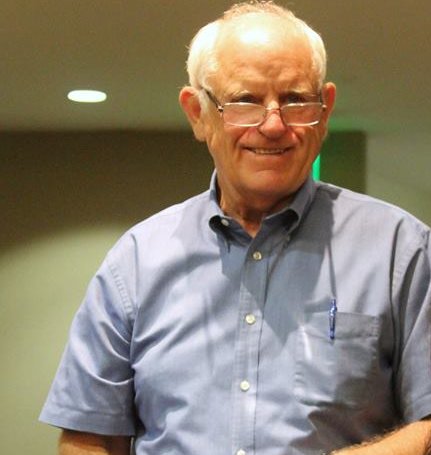 Posted at 09:25h in News, Politics by RPadmin 0 Comments

Vernon Whitmore: I was at a meeting with [California state] Senator Loni Hancock (D-9), and she asked me, “You know, Tom [Butt] is an entrepreneur, always running the show. How does he like being a mayor, working with the city staff and with elected officials?” Different ballgame? Fun?

Mayor Tom Butt: Well, I mean it’s not like I’ve never done anything like this before. I’ve been doing it for 20 years along with continuing to work in my business, which I’m also doing. But it’s getting a little dicey.

I have a great staff here and they’re doing a great job and they really do most of the work for me. I’ve served on regional boards and commissions for several years, far more than anybody else on the Richmond City Council, and through that I get to know a lot of elected officials from other cities.

VW: How is your relationship with the Richmond Progressive Alliance now that you’re mayor?

TB: Well, you know, I really appreciate the support I’ve gotten from the council members who are part of the Richmond Progressive Alliance. Over the years, without their support I would not have been able to do a lot of the initiatives that I’ve been able to do. I also vote with them on public policy issues almost all the time. There are a very few areas where we have diverged, and one of them right now is rent control and just cause [for eviction].

But from my standpoint, there’s no major schism going on here. No animosity or anything like that. But they believe strongly in what they believe in, and I think the city needs to go a different direction and I’m going to advocate for that, but at the end of the day I would like to think that I get along with them fine.

VW: That’s a good segue into this whole housing issue and the debate around just cause for eviction. How do you see this whole thing playing out?

TB: I’m sorry to say I think it’s going to play out where we’re going to have rent control and just cause. I just think that’s what’s going to happen eventually. But I’m going to take it on for as long as I can. From a practical standpoint, it doesn’t make a lot of sense to have just cause unless you have rent control… Just cause is kind of the camel’s nose under the tent, and then when that’s done you do rent control and then you’ve got the whole nine yards. I just think it’s the wrong thing for Richmond right now. There are a lot of existing laws that protect renters from being abused by landlords. If anything, I would like to make sure that people have access to the legal resources they need to make sure that they are able to enjoy the rights they have as renters. And maybe there’s some way we can help with that.

But I think the thing that scares me the most is that there’s been no market-rate housing built in Richmond for well over a decade, and I think we need to build up our housing stock, we need to build up Richmond — and just cause and rent control turns those people off. They’re just going to go somewhere else.

VW: Next, let’s talk a little bit about this campaign that you’ve launched, to rebrand Richmond and improve the city’s image.

TB: When I interviewed over at [TV station] KRON-4 the other day, the interview started out something like, “Well of course everybody thinks of Richmond as being all crime and blight, but you’re out to change that, right?” Which is like, I rest my case!

I think that if we’re going to see Richmond come into its own, we’ve got to use every tool in the tool box, and one of them is dealing with our image and the perception people have of us, and trying to get that to a place where it’s the best it can be. And nobody’s going to do it for us. For me it’s like a business decision. If you’re in business, you’ve got to go out and market your business. I mean, unless you’re lucky enough to be some business that you’re the only person in the world that can do that and you’ve just got to fight people off, you’ve got to go market your business.

I’ve been marketing my business now for 40 years, and I do it every day. And I think if you’re a city, you’ve got to do the same thing.

Malcolm Marshall: What would you like Richmond to symbolize to the rest of the country? At one time it was known as the murder capital of the United States. What’s the image now, and what should it be?

MM: In the coming years, where do you expect to see more opportunity for young people living in Richmond, and what kind of future would a 16- to 21 year-old have if they stay in Richmond?

TB: I think any young person’s future is largely determined by the extent to which they embrace and avail themselves of educational opportunities. And that’s why I was so excited about doing this Richmond Promise program. I mean, you’ve heard this before, but it’s not so much about providing a scholarship so somebody can go to college. It’s about creating a culture of expectation, where college or some kind of higher education is something that kids just expect. They don’t look at it, “Will I be able to go to college, should I go to college, am I smart enough to go to college.” It ought to be something where when kids start kindergarten or first grade, they’re told, “You’re smart enough to do anything you want to do, and one way or another you’ll be provided with the means to get there.”