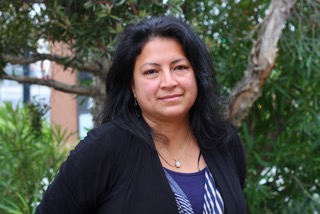 04 May Firebrand: How a San Pablo Mom Became an Education Advocate 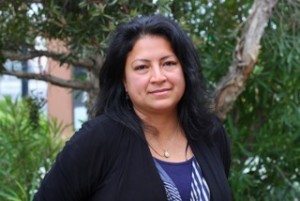 On Jan. 6, 2015, Petronila Fernandes’ son, a kindergarten student at J.O. Ford Elementary, felt ill during school. When she checked in on him during the day, Fernandes noticed the milk carton the school had given him. The expiration date said Dec. 31, 2014. The next day, Fernandes says her child was again served milk with a Dec. 31 expiration date, despite the food services staff saying they had no inventory of milk from the end of December.

“I felt bad because my son is only five years old. He doesn’t know how to check a milk carton for the expiration date. I asked myself, ‘Why would they serve expired milk again? Was it intentional?’ I believe we have the right to see what is being served to our children,” said Fernandes in Spanish. “That’s when I took action.”

What she did next is what any parent would do. She started asking questions.

Fernandes wrote letters to the principal and food services staff, asking why her child had been served expired milk. When she didn’t get a response, she enlisted the help of the Building Blocks for Kids Collaborative in Richmond, an initiative that supports healthy development and quality education for kids and leadership for parents. The group helped Fernandes form an oral presentation, and Fernandes presented her story during the open comment section at a school board meeting.

“Just because we are humble, it doesn’t mean we don’t have the right to ask questions and advocate for our children’s education,” said Fernandes.

It wasn’t the first time Fernandes had spoken out. Since August 2014, Fernandes had been volunteering at the school. She noticed that the K-5 school had no consistent or formal parents’ committee, and that staff had very little engagement with parents. She also observed that very few materials were translated into Spanish, despite the fact that 83 percent of the 491 students are Latino, and 68 percent are English Learners, according to 2013-2014 School Accountability Report Card.

Most importantly, Fernandes saw that there was no clear structure for parents to give their input on school decisions, including student support services and budgets.

“I appreciate the education they provide our children. They make an effort,” said Fernandes. “But more communication is lacking. Realistically, every school needs to engage staff, directors, parents and families – that’s key.”

Dulce Galicia, a lead organizer for families in the Iron Triangle, facilitated the Building Blocks for Kids workshops that Fernandes took.

“I’ve witnessed how schools label well-intentioned moms advocating for their children, like Petrolina, as a nuisance,” said Galicia.

Galicia says it takes a lot of preparation to empower parents to break through a culture of conformity when it comes to engaging with the school district.

“A lot of the parents we work with, they don’t know how to get better classrooms, better teachers, an improved school- so they take it as it is,” said Galicia. “The number one thing that is difficult for parents to do is write a letter in English, and that’s the number one way that this district reviews complaints.”

Parents are also more powerful when they work in groups, said Galicia, which is one of the main reasons that Petrolina has been fighting to create a parents’ meeting group at her son’s school.

Fernandes was able to meet with the food service director of the school district, Barbara Jellison. As a result of the incident, Jellison says a memo was sent to all food service staff to reinforce an existing spot checking procedure for the district that requires food staff to not only check the exterior date on boxes when opening food, but check each item for expiration and quality. In addition, every member of the food services staff must pass a Serve Safe test, and the Food Services Department will revisit policy and procedural issues at all school sites, utilizing Fernandes’ case as an example in trainings.

“We want to be even more diligent and aware of everything that goes on. It becomes routine and it’s something that shouldn’t be routine,” said Jellison in a phone interview. “We really have to make sure the quality and food safety is there.”

West Contra Costa Unified School District served 5.5 million meals last year, according to Marcus Walton, the school district communications director. He said one of the steps the district is taking with the food vendors is to include more clear text detailing expiration dates on the food boxes. “While we are sorry the student received expired milk,” Walton said, “the food services department has taken steps to make sure it doesn’t happen again.”

“I’m glad she [Petronila] is involved. We need more parents like her involved in the education of their children,” said Walton.

Fernandes collected signatures from parents to call on the school to revisit such policies.

Because of her advocacy work, in January 2015, Fernandes was elected president of the J.O. Ford Elementary School Site Council, a group composed equally of school staff and parents or students who are elected by their peers. Her goal is to increase communication between Latino parents and school staff, establish a parents’ meeting where parents can talk to one another, and to establish formal procedures that allow parents to become involved in decision making.

“Many parents don’t have the opportunity to get involved, not because they don’t want to, but because their work and their schedule doesn’t permit it,” Fernandes said. “But when my children were born, I realized I needed to inform myself. I thought, how could I educate myself to better support my children?”

Galicia said that parents like Fernandes are key to improving local schools.

“Those parents who are asking question are asking the best questions in order to make school the best it can be,” said Galicia. “In Petrolina’s case, she will grow into a much bigger leader and she doesn’t know how powerful she is yet.”