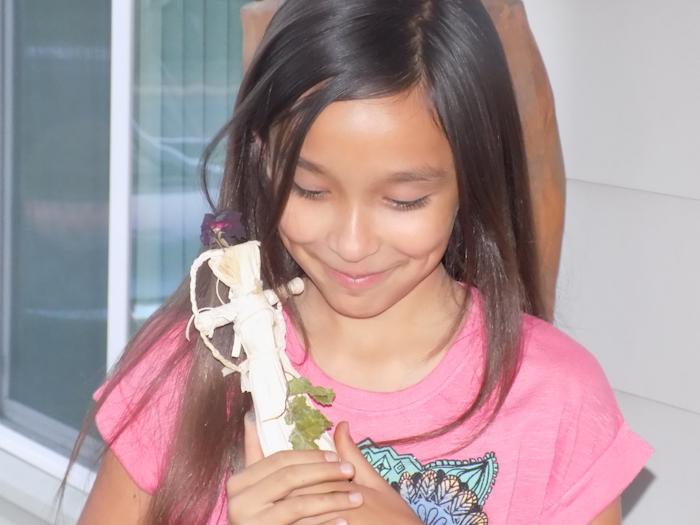 Posted at 01:09h in Arts and Culture, Health, Youth by RPadmin 0 Comments

More than 15 years after a landmark Surgeon General’s Report on Mental Health brought attention to mental illness as an “urgent health concern,” many youth and adults with mental illness are still not getting the treatment they need.

“I looked up the definition of mental health, because I didn’t know it,” said Michael Dyer, program manager at the health center, as he welcomed youth and families to the event. “It said ‘a state of well-being’. It’s very vague and you don’t quite get the meaning from that. We can define mental health together.”

The lack of a working definition means youth aren’t always able to identify their problem, Dyer said, so they don’t seek treatment.

According to the National Alliance on Mental Illness, 20 percent of youth ages 13-18 live with a mental health condition nationwide. In California the children with the highest rates of serious mental illness include Latinos, African Americans and Native Americans, according to a 2013 study by the California HealthCare Foundation.

“When we were asking the youth [what mental health meant], during the planning stages for this event, no one knew what it meant,” said Dyer. “The one person that did raise their hand to answer said, ‘mental health is when you go crazy.'”

As part of the day’s activities, the center’s media team set up a video booth to interview people about their own personal definition of mental health. In another room, the center asked people to write on a wall what mental health meant to them.

Some of the phrases written were, “loving yourself and others,” “friends and family,” “listening to your body and heart,” “being positive,” and “keeping your mind fit.”

Newly appointed Surgeon General of the United States, Vivek Murthy, told the Washington Post that he believes in improving public health by creating a prevention-based society. And, he said he has included emotional and mental well being in his top four rules for health.

In Richmond, Dyer said he hoped to also highlight the things that go into having a strong mental state.

“We want to show the community that it’s ok to reach out,” he said. “Being able to check in with yourself, and acknowledge that you’re sad or depressed and that you need a support system.”