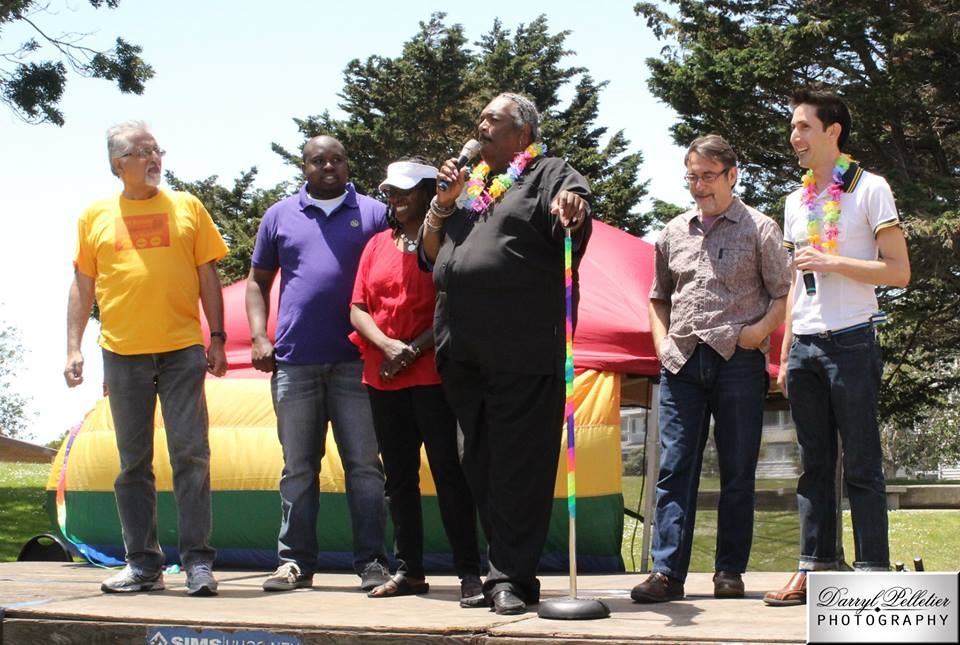 Posted at 04:26h in Arts and Culture, News by Pulse Editor 0 Comments 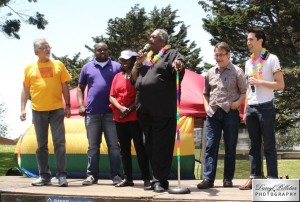 More than 200 people of all ages came out to the family picnic designed to give the local Lesbian Gay Bisexual Transgender Queer or Questioning (LGBTQ) community an opportunity to come together and meet each other. Rainbow flags flew around the park as attendees enjoyed food, a DJ, live music and performances including a drag performance.

When he was at the SF Pride celebration a few years ago, Chapman said, he discussed the idea of bringing the event to Richmond with former assistant City Manager Leslie Knight. But he ultimately decided that it wasn’t the right time.

Then, when he saw the gay pride flag flying at Richmond City Hall for the last two years, he knew it was the right time. After being introduced to Cesar Zepeda, who shared the same vision, the two formed Richmond Rainbow Pride and decided to hold the first-ever LGBTQ pride event in Richmond.

In 2013, amid some backlash, the City of Richmond began flying the flag at City Hall in June to celebrate LGBTQ pride month. The push to fly the flag came from Councilmember Jovanka Beckles, who is Richmond’s first openly gay councilmember.

Since then, Beckles says she has seen a change in Richmond.

“Years ago, vicious attacks on the LGBTQ community were common and allowed to go unchallenged. No longer,” Beckles wrote in an email.

“By standing strong and proud in public, the LGBTQ community in Richmond is now respected. There are still problems, but the leadership and support that is emerging in the LGBTQ community and organized this wonderful picnic are a big part of the solution.”

Attendees at Marina Bay Park wore name tags, shared food, danced and celebrated Richmond’s LGBTQ community. Zapar said the picnic was a chance for the community to celebrate diversity but also its many similarities.

“People from all over came out to partake in the celebration; gay and straight, old and young, white, Latino, black, Asian; the whole LGBTQI rainbow,” said Zepeda. “Pride in the Park showed the community that we are here and, most importantly, that nobody is alone.”