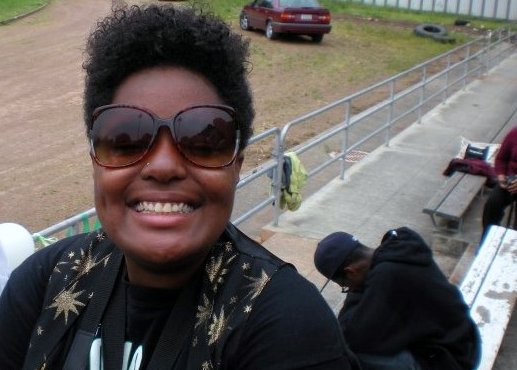 Posted at 19:21h in Youth by RPadmin 0 Comments 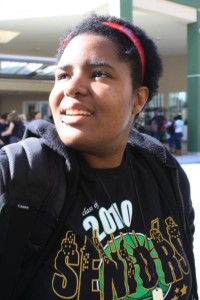 A high school graduate in Colorado recently came out to her classmates in the middle of her valedictorian speech. Emily Bruell has been added to the list of people I wish I could have been in high school.

I was 12 years old when I realized I liked girls as much as I liked boys. Actually, sometimes more. I was 16 when I learned from the Internet (thank you, online strangers I now call friends) that I could like anyone I wanted, regardless of their gender or lack thereof. It wasn’t until I graduated from high school that I realized I didn’t have to only date straight men.

Growing up in the Bay Area, I interacted with plenty of people who identified as lesbian, gay, bisexual and queer. Most of them were older and were settling in long-term relationships with children and pets. A few were my friends, but none of us was very well-versed in queer politics and we could barely articulate our own identities and experiences. While there was a gay-straight alliance at my high school, it didn’t feel like a place for me.

The Bay Area is often seen as a “queertopia” where anyone who isn’t straight can reside and have a blissful life. I can describe the Bay as many things, however, “queertopia” isn’t one of them. It could be a result of being raised in Richmond, not Berkeley, where it is not uncommon to have neighbors in openly queer relationships. It wasn’t that I didn’t know queer people existed, it was more like I couldn’t identify myself as one of them.

One of the best parts of going 1,500 miles away for college was that I got to fully embrace several aspects of my identity: my race, gender and sexual orientation. I was able to proudly say I am a queer black feminist. I did not have to fear people would think there was anything “wrong” with me. I did not have to hide. Most importantly, I was not alone.

I was fortunate to attend a college that prided itself on its diversity. While it is not a perfect place and many students still faced discrimination, it operated as a safe and re-affirming space. There, I made close friends who expanded the acronym to Lesbian Gay Bisexual Transgender Queer or Questioning Intersex Asexual (LGBTQIA) and introduced me to a language that allowed me to confidently express my feelings. My new friends became a community of people I could turn to, people who also came to college in search of belonging.

The things we thought made us weird were accepted among people also understood what it was like to feel isolated for being their true self. Instead of being taunted by our peers, we were told we betta werk. We were able to reconcile who we always knew we were and who we wanted to be: femmes, bois, gurls, queens, and kings.

When someone did face discrimination, it was often easy to have supporters band together on their behalf. We did not have to take on the battle of being accepted on our own. That was something I didn’t know was possible.

For many LGBTQIA-youth, it still isn’t possible. Not all of us make it to our first year of college. The CDC reports that lesbian, gay and bisexual youth are more than twice as likely to attempt suicide than heterosexual youth. According to the Trevor Project, one quarter of transgender youth have attempted suicide. For youth of color, those numbers are significantly higher. In 2009, the National Coalition for the Homeless reported that 20 percent of homeless youth are LGBT, and San Francisco has almost a thousand homeless youth documented. Harassment and lack of acceptance from peers and family are major factors.

We know from the It Gets Better Project that it is possible to live long, healthy lives as LGBTQIA adults (it is important to note it is more of a possibility for those who are white and cisgender). I wouldn’t have accepted that as truth when I was 16 years old. But here I am, a 20something who finds myself sharing my narrative for the young queer black girl who needs to know we are not anomalies.

We are valedictorians, jocks, band geeks, and theatre nerds. We are writers, filmmakers, performers, multimedia artists, healers, and activists. There are plenty of us who are not, by choice and by force. But we all deserve the community that validates us and allows us to accept ourselves.

While it took moving away to find myself, it took returning home to share my journey.