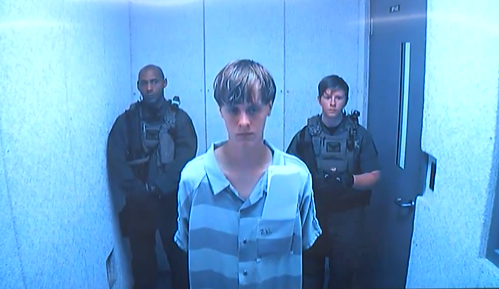 21 Jun Terror in Charleston: Anger, Sadness and a Time of Bitter Reflection

Posted at 02:47h in National, Youth by RPadmin 0 Comments 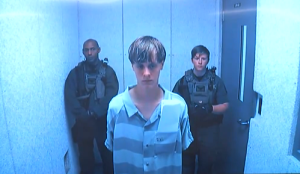 EDITOR’S NOTE: Last Wednesday, a young, white male entered a Charleston, South Carolina Church and did the unspeakable. While a small group of African American churchgoers prayed and worshipped, Dylann Roof sat for one hour, stood up, and opened fire, killing nine people, aged 26 to 87.

Many are desperately trying to understand why Roof took the lives of so many innocent African Americans, all who wanted nothing more than to spend their evening in quiet prayer and reflection. The following commentaries from our youth and young adult reporters offer three different perspectives on the tragedy and the killer.

Exactly 150 years ago, my ancestors learned that they were finally freed from the bondage of slavery in America. Juneteenth, the celebration of that wonderful event, is one of my favorite days of the year.

In an act of senseless racism last week, nine people were killed in the house of the Lord. So this year, I will not celebrate.

I won’t write an article about how America has shocked me with its racist acts, and I won’t summarize the story for you. I will share that I’m surprised that a young, white terrorist felt the freedom to kill my people in a sacred, holy place.

I mourn with the families of Charleston, but we can no longer simply weep and march in the streets. It’s time for a different solution.

It is time that we police our own communities like the Black Panthers and exercise our Second Amendment rights. We must boycott businesses that fund racist police departments. We must practice group economics and make black Wall Streets all over America. We must come together as a collective and protect, support and serve one another. We must become self-sufficient, as a people.

If I sound militant and angry, I apologize, but I am simply tired of people complaining and offering no solutions while people are losing their lives.

In honor of Juneteenth, I would like for us all to remember how our ancestors revolted, knowing how their peaceful and strategic actions would affect the economy of their oppressors. It was then that our ancestors realized that they were equal – if not better – than their slave masters. We must aspire to that.

In the wake of the tragic Charleston tragedy, my heart goes out to the victims and their families. Unfortunately, this massacre illustrates that all that rhetoric that we live in a post-racial era in America couldn’t be further from the truth. Statistics show that blacks are still the #1 victim of racial hate crimes in America.

The language of the media shows a huge dichotomy between identity descriptions of blacks and whites. Last month, when the citizens of Baltimore rose up, both the city’s mayor and President Obama said that the young, black boys and girls involved were criminals and thugs. And yet, not a single killing took place during these protests.

With the Charleston shooting, President Obama did not refer to the white, young shooter as a thug, criminal or even a terrorist. Some media outlets have referred to the shooter as quiet and soft-spoken, and this narrative will most likely frame him as a troubled child. It’s more likely that he’s a troubled child born from a troubled mother: America.

Dylann Roof, a 21-year-old Caucasian male, is accused of walking into a South Carolina church, a well-known black congregation, and killing nine people.

Roof entered the church, waited for more than an hour, and began shooting. This was a premeditated act, one used to spark fear and terror within the black community. It’s the only way I can define it.

To me, this heinous act was about power, fear and control. What better way to scare people than by showing them that they are not safe, even in their place of worship?

This killer wants to show the world how dominant and aggressive he is, not just by committing the act, but facing the charges based on the crimes committed. Many other killers commit suicide or go on the run. Roof was caught within 24 hours. I believe he wanted to get caught. He wanted the fame and he wanted the notoriety.

Many of these crimes stem from a lack of acceptance within society. People who knew Roof describe him as weird, and say that he only had a few friends. No girlfriend, no frat brothers, no college pals.

So his loneliness and his longing to be accepted drove him to commit an act that not only made the world notice him, but acknowledge what he’s done. With these murders, he got the attention he wanted.

This is a disorder that many people have. They don’t care what type of attention they get, as long as they get the attention.

After being arrested for suspicious behavior at Columbia Mall, and being arrested again for trespassing when he returned a few weeks later, he chose a less secure target – a black church – where anyone can enter. Where people were worshipping. No one would suspect a thing.

I don’t see this as being totally racial — that’s a ploy to get everyone to follow the story. This is a boy who was just trying to be seen. And he succeeded.