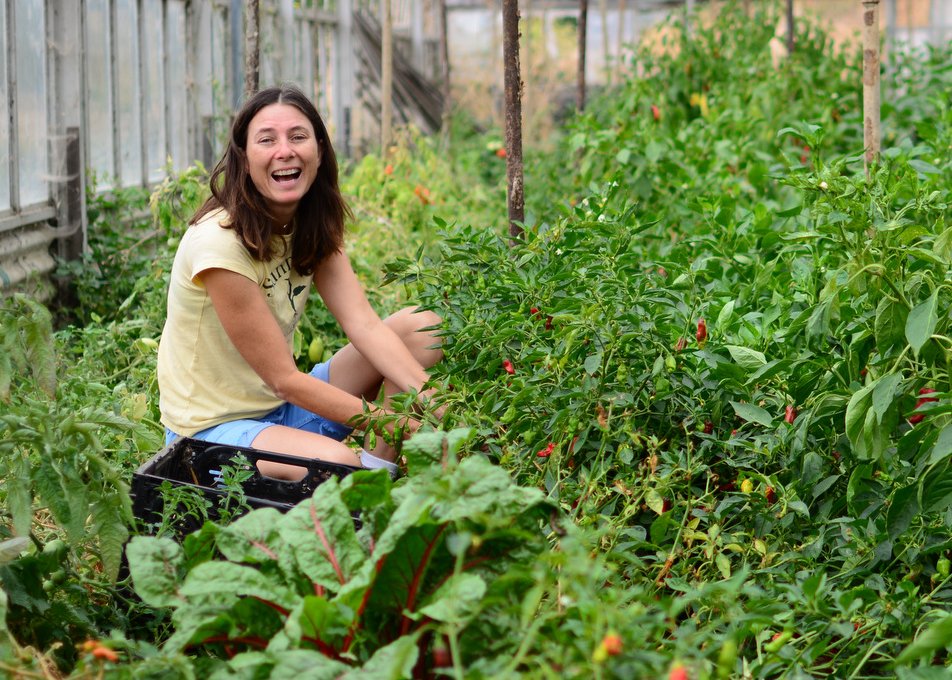 Posted at 19:19h in Business, Environment, Health by RPadmin 0 Comments 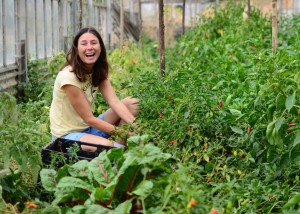 As California’s record-breaking drought extends into its fourth year, small farmers are struggling. But you wouldn’t necessarily know it by a trip to the local farmers’ market.

That’s because small farmers are doing everything they can – from ancient techniques to high tech – to become more efficient.

Still, many say they are afraid that they have reached “the top of their game,” and further cutbacks could cause economic pain.

“It’s definitely getting drier here and that makes me really nervous,” said Pilar Reber, owner of the Sunnyside Organic Seedlings in North Richmond. Her business grows about 400 kinds of vegetables and herbs to sell to Oakland restaurants and Berkeley co-ops. “I’m using water from a well that I have no way of finding out how much is in it or when it might go dry.  So I can’t plan unless I really know what the future is. If my well ran dry tomorrow, I just don’t know what I’d do.”

Reber is also using high-tech devices. She now uses a GPS system that tracks the wind and temperature to determine exactly how much water the plants need. She’s also planting less and going longer between watering cycles. The staff also mulches all winter long to hold moisture in the soil.

“I can know exactly how much water I need to put down that day because of how much sun and wind we got,” she said. “We are really on top of the curve as far as water management.

“Most farmers are already 75 percent efficient with their water use. So to ask us to cut back another 25 percent, that’s scary, because we are almost already at the top of our game. I think everyone is nervous about it.”

California’s drought can be felt nationwide as homeowners are urged to take shorter showers, stop watering their lawns and forgo the weekly car washes. But the agricultural community is seeing the biggest impact. A recent UC Davis study estimates the industry could lose 18,600 jobs and $2.7 billion in revenue this year.

But it’s not all bad news for smaller farmers. As the demand for local, organically grown produce increases, Richmond farmers’ markets remain popular. Fruits and vegetables are plentiful at the city’s various weekly markets as farmers work hard to keep up with the demand.

Jorie Hanson, owner of Buttercup Farms Garden in Clayton, sells her produce each Wednesday at the Richmond Main Street Farmers’ Market. She sells everything from tomatoes, eggplant, beans and lettuce to strawberries and plums. She’s managed to stay afloat and make a profit but is struggling to ensure that her water usage is compliant.

“It’s already hard to be a small farmer because it’s hard to make money growing vegetables,” Hanson said. “With the drought it adds more pressure to the process because we have to be more conscience of water usage. If they limit my water use any more, I’ll have to go out of business.”

Instead of raising prices, many farmers are choosing to plant significantly less produce than previous years, according to Alyssia Plata, spokeswoman for the Pacific Coast Farmers Association. The association operates over 60 farmers’ markets throughout the Bay Area including the Richmond Main Street Market.

“We do have some farms that just don’t have enough product to come to the markets to sell,” Plata said. “Some have dropped down to only participating in two markets instead of seven.”

“Agriculture has been getting a lot of flack over the drought, but we want people to understand that small farms can’t afford to irrigate with water. And because of the drought, many have reduced one-third of their operation.”

At the Friday Farmers’ Market at 24th Street and Barrett Avenue, some farmers are starting to reduce their volume, but the quality remains, said Steve Ghigliotto, who ran the weekly market for 12 years and recently resigned. The market averages about 20 farmers a week.

“The quality is just as good but they are reduced to selling seconds – fruit that might be bruised a little bit. But their attitude is very good and they are learning that they can do almost as good with less water,” he said.

“Most of them are just taking it in stride. They are not happy with it but they are doing the best they can. If the drought continues, it will have a greater impact.”

While the severity of the drought is constantly discussed, many agriculture advocates agree that the impact on farmers is not widely understood.

“I don’t think the consumer really understands the impact because they are not the ones growing the produce. They won’t really realize that, until a particular produce they like is not here anymore,” Ghigliotto said.