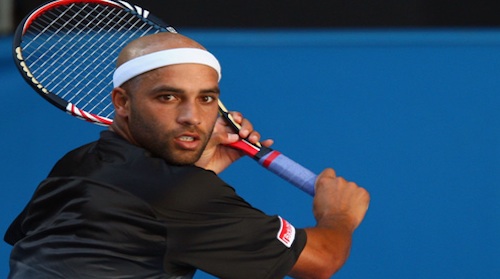 21 Sep I Am One of Many Who ‘Fit the Description’

Posted at 16:21h in Youth by RPadmin 0 Comments 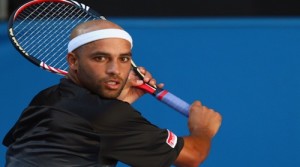 Former tennis star James Blake was a victim of excessive force at the hands of a New York police officer. Blake was standing outside of Grand Hyatt Hotel, where he was staying for the US Open Tennis Championships, when he was unexpectedly knocked to the ground by a plainclothes officer. A video of the Sept. 9 attacked has sparked media outrage. Since then, Blake has received apologies from Police Commander William Bratton and Mayor Bill de Blasio.

Blake’s unfortunate experience is a reminder that prestige and fame don’t make black people exempt from police harassment or violence.

I was 13 years old the first time I was stopped by a police officer. It was a weekday afternoon and I was walking to El Cerrito Plaza with my friends. We were laughing and walking from Portola when a police officer stopped his car and said I fit the description. According to him, there were a couple of black girls in red shirts who had committed some crime.

There was no logic behind searching me, a black girl in a red shirt, when I was walking with a group of non-black people in the same direction the supposed suspects were coming from. But I knew not to make a fuss when police officers made a request or demand. The officer searched my bag and patted me down while my friends stood on the sidewalk and watched. They seemed confused that I could fit a description of a suspect and that an officer reserved the right to search a young girl. I made the mistake of wearing a red shirt that day. And I had, at least I thought at the time, the misfortunate of being born black.

It has been 10 years since the first time I was stopped and five years since the last time. It doesn’t matter where I’ve gone to school, how much money I carry in my wallet, or how often I smile. I am one of the many who fit the description.

Over the summer I saw countless black men, young and old, stopped by police officers when they were in fancier cars. From Richmond and El Cerrito to Berkeley and Oakland, their lives were interrupted by police officers who wondered whose cars they were driving, where they were going, which crimes they may have committed. I have heard many black people say they are grateful they are only stopped, not arrested or beaten.

James Blake’s apology was more than deserved. But what apologies are offered to those of us who aren’t celebrated by mainstream media? There is emotional and mental damage that occurs when a black person is reminded of how they are viewed: as less than human.

I love that I can see black people on television winning awards and medals. It is an honor when we are invited into the White House. It should be celebrated when we earn millions of dollars in college scholarships. But what happens when someone is doing their job and sees us as potential suspects? What happens when we fit the description?