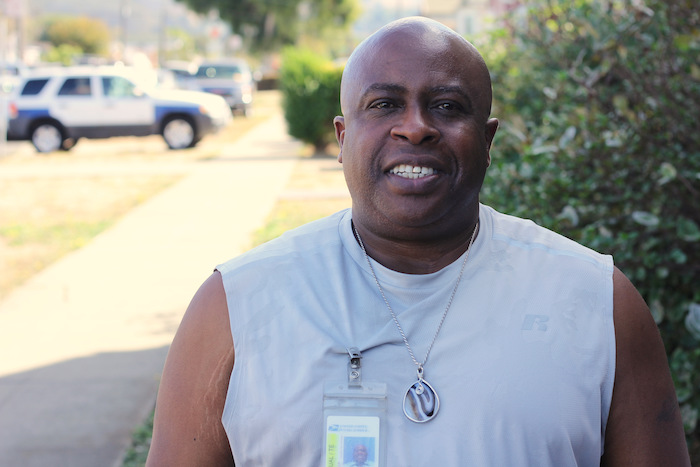 26 Oct With Prop 47, A Release from the Stigma of a Past Felony

Posted at 17:34h in People, Politics, Uncategorized by RPadmin 0 Comments

For Kerry Walls, carrying the weight of a decade-old drug related felony was exhausting.

He got sober in the late 2000s after years of battling a crack cocaine addition and alcoholism, and tried to put his troubled past in the rearview mirror. He applied for jobs. Some called him in for interviews, while others skipped over him when they noticed his felony record. And even finding quality housing was a struggle.

For Walls, it felt like his past was winning. The stigma of being labeled a felon seemed to follow him everywhere and he eventually was diagnosed with depression.

“But even though I accumulated these felonies, I still always had the desire to do better,” Walls, 54, told dozens of people gathered at Richmond’s Living Hope Neighborhood Church at a Prop 47 forum last month. “But these felonies held my self-esteem and confidence to a low.”

A recent call to the Contra Costa Public Defender’s office offered a ray of hope. Walls was told he was eligible to have his two drug-related felonies cleared through California’s Prop 47, a measure passed last year that reduces some nonviolent felonies to misdemeanors.

“It takes the stigma away and boosts your confidence. To have that removed is just overwhelming,” he said as tears welled up in his eyes. “I’ve struggled so long with this. I now feel like I’m not being labeled. It’s like a new-born freedom.”

In Contra Costa County, hundreds of people like Walls have taken advantage of the initiative. More than 500 people have been released from custody and over 1,000 people have had felonies, many stretching back decades, reduced in the county since California voters adopted the initiative last November.

Ellen McDonnell, a Contra Costa public defender, says her office’s goal is to reach the nearly 10,000 people who are eligible to get their felonies reduced before the November 2017 deadline.

“Prop 47’s reclassifications of felonies can often be a critical catalyst to putting people back to work, helping them qualify for certain government benefits, for housing and student aid,” McDonnell said.

Known as the Safe Neighborhoods and Schools Act, Prop 47 allows those convicted of certain nonviolent crimes, like drug possession and petty theft when less than $950 is involved, to have the charges reduced. Those with a history of violence or sex offenses are ineligible.

With the record of his felonies behind him, Walls now works as a post office custodian, is married and regularly attends drug and alcohol support groups to make sure he stays clean.

“I went to jail and did the time, but I still had these felonies,” he said. “This is just the beginning for the betterment of my life.”

Walls hopes to help other law-abiding citizens remove their felony records and show them they don’t have to be defined by their past. He also hopes to start a housing program to help recovering drug and alcohol addicts get back on their feet. It’s something he might not have even considered a few months ago because of his criminal record.

“There are a lot of people out there suffering who don’t have a clue on how to get help,” he said. “I’ve been passing out flyers at shelters and other places in the community to help get the word out [about Prop 47]. I know it takes determination and many people can’t do it alone.”