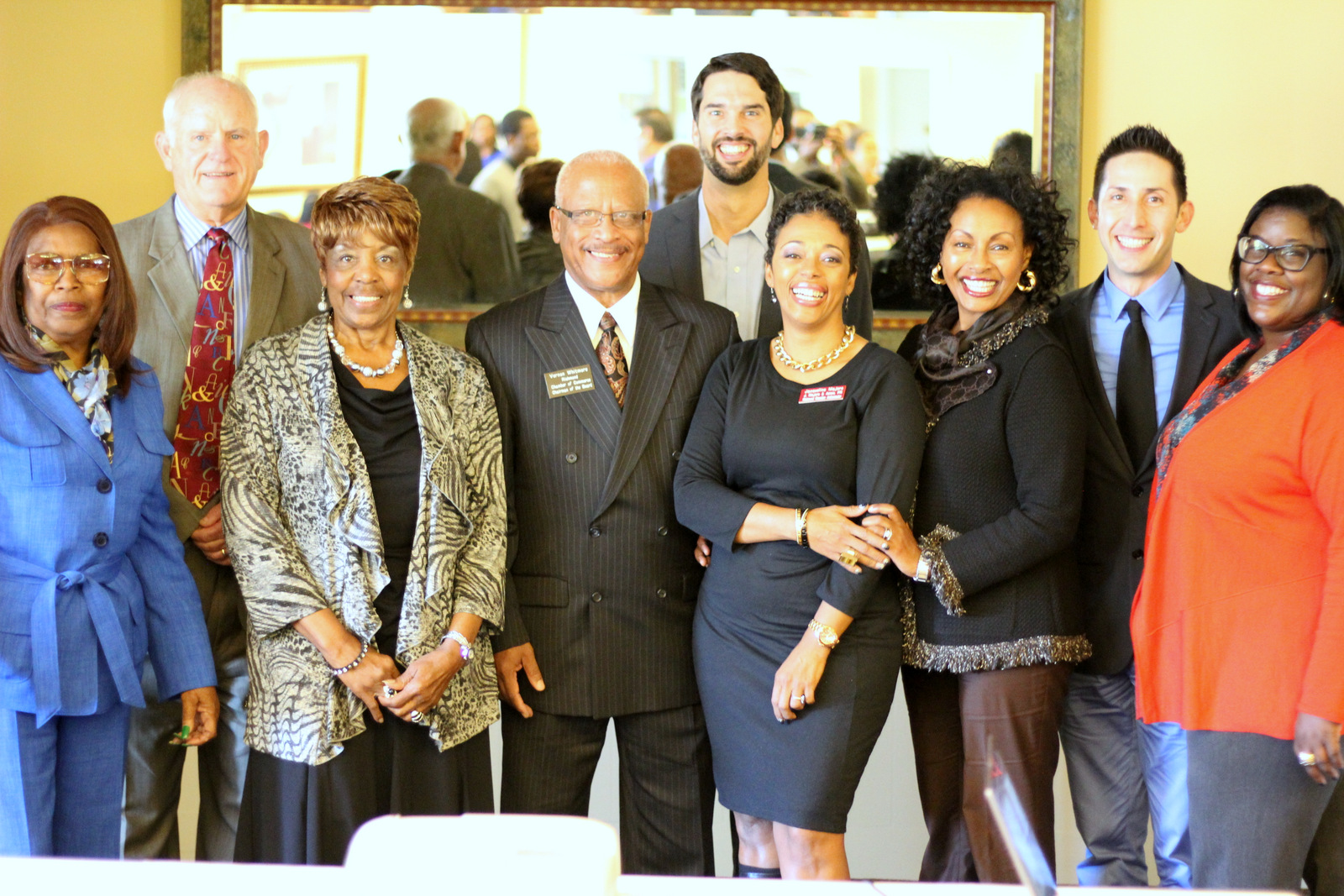 Posted at 17:44h in Business, People by RPadmin 0 Comments 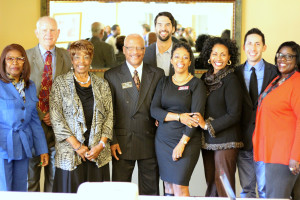 By Malcolm Marshall
A woman who worked in the male-dominated construction industry and a man who introduced young people to nature were among the individuals honored by the Richmond Chamber Of Commerce this year.

At its annual business meeting and “Thanks for Giving” luncheon, the Chamber Of Commerce recognized businesses, leaders and volunteers who have made a difference in the community in 2015. About 60 people gathered at the Richmond Country Club Nov. 19 for the ceremony.

“It’s about honoring people that have given of themselves in extraordinary ways,” said Chris Phipps, Chamber office manager. “This is the event Chamber members look forward to as the feel-good event of the year.”

The public relations firm J Majors & Associates took home the award for small business of the year, with its owner Jacqueline Majors honored for her work in the male-dominated field of construction, as well as for her Majors Foundation, which helps city youth travel out of the Richmond area through baseball.

Eric Aaholm, executive director of the ecology group YES Nature To Neighborhoods, accepted the award for non-profit of the year, for his organization’s work with Richmond youth and families that emphasizes leadership development in the outdoors. Entering its 17th year, the group recently celebrated the 5,000th young person it has hosted at outdoor camps, providing a learning space in nature for urban youth who would not otherwise get such an opportunity.

Louise Green of Fisher Realtors received the award for Ambassador of the Year, recognizing her work in the community and honoring her long career — including work as a medical transcriber at Veterans Affairs offices and hospitals in the Bay Area, a brief stint with the Richmond Police Department, time spent supporting the U.S. Navy and finally at the Social Security Administration. After 25 years working for the government, Green became a successful real estate broker.

Also acknowledged were the winners of the 2015 Barbara Obele Community Service Award, given to local advocates in honor of longtime Chamber General Manager Barbara Obele, who died in 2009.

“We miss her greatly because she loved the city, the hard working people and especially the volunteers in the community,” said former City Council member John Ziesenhenne, who served as master of ceremonies for the event.

Zepeda received recognition for creating change in the community through his homeowners association and the Hilltop District Neighborhood Council. Aklilu, a survivor of and activist against domestic violence, was honored for starting what has become one of Richmond’s most celebrated traditions, an annual Thanksgiving event for the needy in Contra Costa County.

The Chamber honored Williams for her decades of service in Richmond with the Pullman Neighborhood Council, Richmond crime prevention program, Richmond Police Commission, the Neighborhood Black Alliance and more. She has attended Richmond City Council meetings for the past 43 years.

Worthy, meanwhile, received honors for her work with the Chevron-funded non-profit For Richmond. Her accomplishments include the Job Barriers Removal Program, which prepares residents for employment and connects jobseekers to available positions.