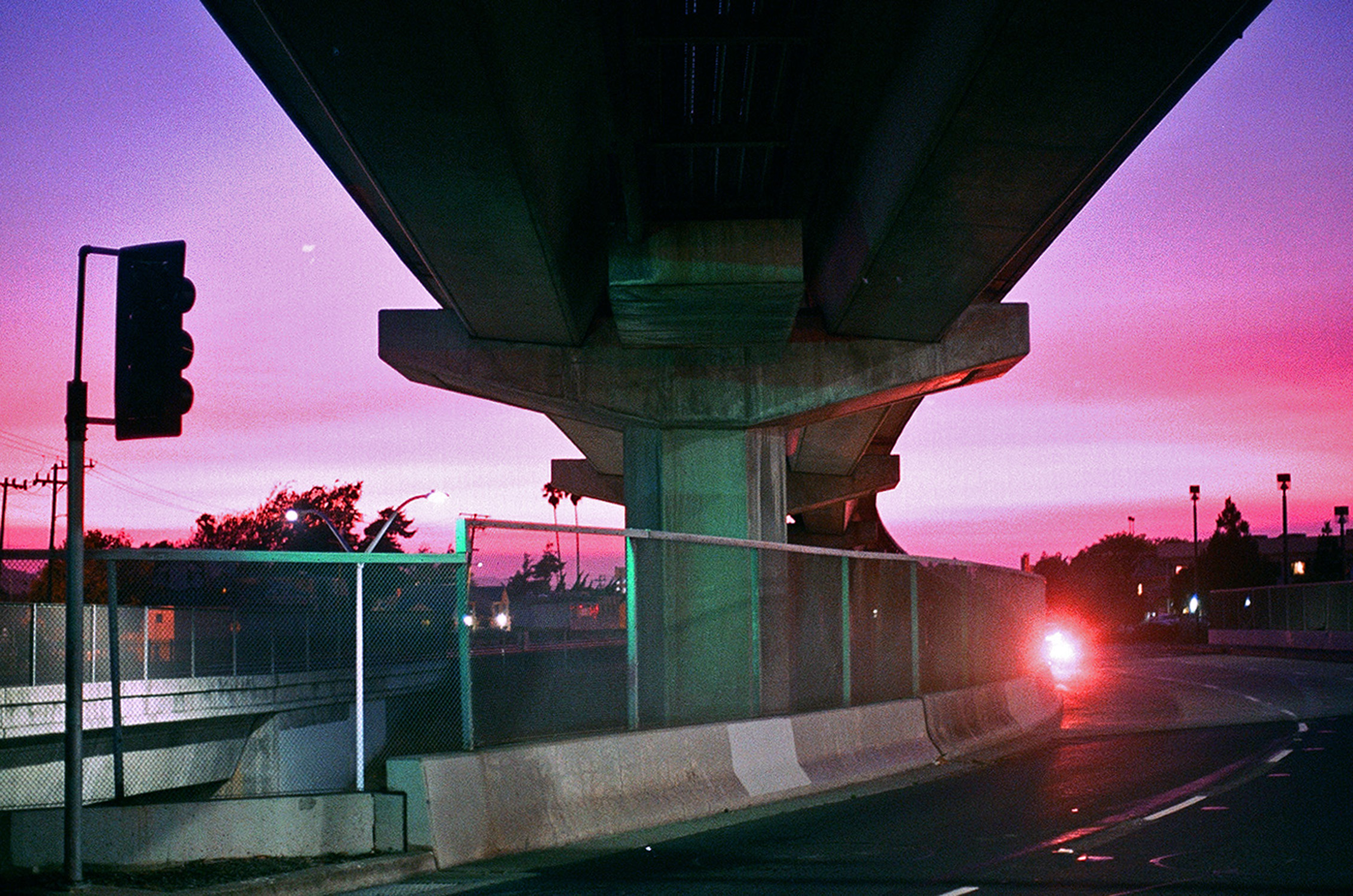 Posted at 18:52h in Arts and Culture by RPadmin 0 Comments 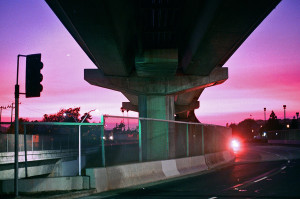 Editor’s Note: Local photographer and Richmond Pulse contributor Edgardo Cervano-Soto set out to capture Richmond at night on 35 mm film. What he found was mystery, drama, and weekly visits by law enforcement.

Richmond Pulse: What was the inspiration behind your Richmond night photography series?

Edgardo Cervano-Soto: The inspiration involved photographing in the absence of light. Photography relies on having a light source to illuminate your subject and capture the details. The strongest and most common light source in street photography is the sun. I had done street photography for close to two years, and I noticed a repetition of certain angles, lighting schemes, landscapes. My aesthetic wasn’t evolving.

If you watch Wong Kar Wai’s “Chunking Express,” you’ll see an icy blue filter that heightens isolation. Brian de Palma’s “Scarface” has the neon pinks and greens of Miami eerily juxtaposing the film’s hyper-violence. I wanted my photographs to emit those same feelings of mystery and isolation.

I had grown so accustomed to photographing during the day that on the first night I went out, I felt as if I hadn’t done any photography at all. Literally, I was feeling my way through the dark. Night photography required me to adapt. How do I meter for a light source when in some instances there is no light? What would be the correct f-stop on my film camera? How can I stylistically change my shots? The project began as a curiosity and evolved into a unique experience that has started to shake up my understanding of my own aesthetic.

RP: What did you see in Richmond at night that you didn’t see during the day?

ECS: Richmond at night became dramatic. There were moments where there was a cool light, its intensity or color was intriguing, and it created a haunting atmosphere around the buildings. You also see many people working or living their life at late hours of the night. It had me reflecting on how much of society lives and thrives at nighttime.

While I ultimately captured buildings and their relation to light, there were many instances that I wanted to photograph the way these neon lights or stark street lamps struck people. However, early on, I knew I wouldn’t be able to take those kinds of images. As a photographer, I’m not comfortable yet getting that close to strangers. I haven’t learned how to navigate that moment.

Plus, photographing at night involves heightened risk. At night, the vibe is defensive. People easily notice a man with a camera at night taking shots of buildings and streets. And it causes alarm. I had to be conscious of how my presence with the camera alters the feel of the scene. There is also, of course, heavier surveillance at night. Throughout the three months I was photographing at night, on a weekly basis police would drive toward me, circle back around, park across from me and wait. I understood why. I’m a young man bundled in a sweater taking random pictures at 11:00 PM.

RP: What is the story that you’re trying to tell through these photos?

ECS: I love the idea of rendering the known into something alien. I also wanted to present the city as art. There’s no linear story to the photographs, but they do contain a thread of commonality. Visually, shadows and absence are emphasized. The deep black of night is both canvas and a significant character in the composition. In my Instagram feed, I organized the photographs in color blocks to demonstrate the range of colors to be found at night. For me, the photographs are a record of the colorful kinetic energy that exists in Richmond.

RP: Why did you choose to shoot with 35mm film instead of digital?

ECS: Shooting with 35mm film was a technical decision. I missed working with film. My first entry into photography was though black and white film at Laney Community College, so I had a desire to return to a phase where the majority of my early learning occurred.

Having a digital camera would have allowed me to switch ISOs conveniently and review images on the spot. However, with film, during shooting I had to seek stronger sources of light, I was making judgment calls on whether my settings would be enough to shoot. After printing, if I wasn’t satisfied, I’d go through my negatives, compare shots, go to the store and buy different film and try again. The boundaries I placed on this project complimented my learning style of investigating the issue.