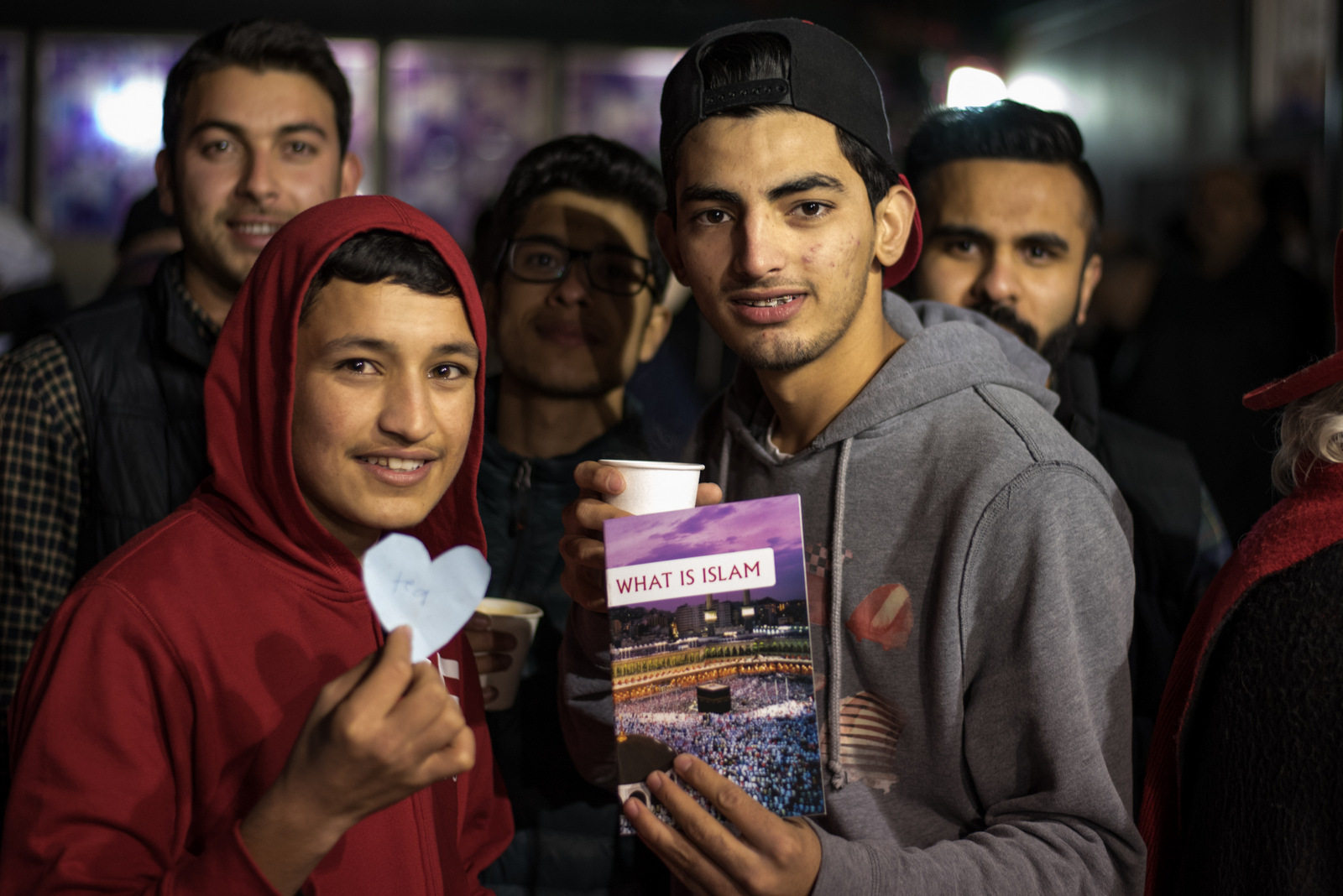 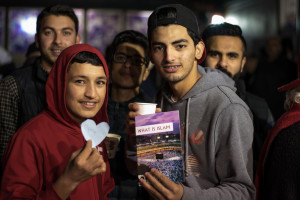 On Christmas Eve, nearly 150 residents of Richmond gathered at Masjid Al Rahman to show their support for the city’s Muslim community. Neighbors and allies who convened at the mosque, many for the first time, wrote paper messages of support such as “We Are One” and “Solidarity,” and posted them onto the doors of the mosque.

It was the first time in its more than 20-year history that the Islamic Society of West Contra Costa County had seen this kind of display of support. The event was independently organized by Richmond residents online via Facebook. 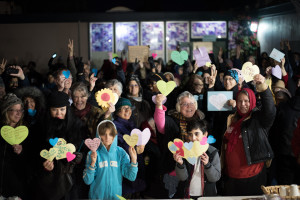 “This is amazing and heartwarming knowing we have the Richmond community here as one and by our side at a time like this,” said Moiz Qureshi, 21, a Hercules resident who attends the mosque here.

Iman Hamza Mehter welcomed all in attendance to enter the mosque.

“This confirms what we’ve known for years,” Mehter said. “This community is diverse, accepting. There is a lot of love and tolerance in Richmond and the communities around us.”

“I’ve been here for four years,” Mehter added. “I dress and look like a Muslim, and I’ve never had an incident until this incident.”

On Dec. 4, a Richmond man reportedly made a threat against the mosque. According to members of the mosque, local resident William Celli, 55, was snapping pictures of the mosque from across the street. When confronted by congregation members, Celli reportedly yelled, “I’m taking pictures so I can come back. I’m going to kill you all,” said a witness to the scene. ABC-7 News reported that a 911 call was made to police, but it was mistakenly classified as a misdemeanor, delaying any response from the Richmond Police Department until nearly two weeks after the initial threat.

“In looking at the nature of what was said, it probably should have been categorized as a felony and probably had a hate crime enhancement,” Richmond Police Capt. Mark Gagan told ABC-7.

The backlash against Muslim communities across the nation following the Paris attacks and the San Bernardino shooting, and fueled by the Republican presidential candidates’ anti-Muslim rhetoric, convinced Fayza Ayaad, a teacher at the mosque for the last 15 years, to alert Richmond City Council members to the threat.

“I wasn’t afraid or scared. I’m not that kind of person. When I see something, even when it’s not another Muslim, I try to help any way I can. That’s how I was raised by my father, to help people,” said Ayaad. “The Richmond City Council didn’t know what had happened.”

On Dec. 20, Richmond police, acting on information from Calaveras County deputies, arrested Celli in his Richmond home and found a pipe bomb. Celli had posted an image of the pipe bomb on his Facebook page, in addition to his admiration for Republican presidential hopeful Donald Trump, and his own rants against Latino immigrants. He has since been released on $200,000 bail from Martinez Detention Facility. He will return to court in January.

Muslim community members in Richmond and the Bay Area have called for Richmond police and other police departments to prioritize investigating threats against Muslim communities in a timely manner.

Zahra Billoo, executive director of the Bay Area branch of the Council for American-Islamic Relations (CAIR), says that even in the Bay Area, commonly perceived as liberal, there has been a rise in Islamophobic threats and incidents aimed at intimidating Muslim residents. These include the Lake Chabot attack on two Muslim men and an anthrax scare on Dec. 10 at CAIR’s Santa Clara office.

It’s a vulnerable time where everyone is on edge, said Billoo. “In the first two weeks after the Paris attacks, we saw more hate crimes and incidences against Muslim individuals in this country than in any other recorded time in the last 15 years,” Billoo said. “We have seen more attacks and threats on mosques in 2015 than any other year since 2009. I worry about the trickle-down of long term effects of the rhetoric that we are seeing right now.“

Qureshi said he has lived half his life under Islamophobia since the terrorist attacks of Sept 11, 2001.

“I was very young when 9/11 happened, but now with San Bernardino, it’s like it’s happening again. We are now realizing how it felt to our parents for the attacks they received after 9/11. There are little girls getting their hijabs pulled. At Starbucks, people have said things to me for the way I dress. It’s terrifying that it’s happening again.”

Qureshi says he is concerned over Republican presidential candidates’ suggestion to identify and limit the mobility of Muslims in America. But he believes the majority of Americans would be against such actions. The presence of so many allies at the Richmond mosque made Qureshi feel a bit more secure.

“I met a couple of people today who didn’t know this mosque existed,” he said. “Now that they know it exists, they said, ‘We will keep an eye out for you.’”

“It gives me a soothing feeling,” Qureshi said, “to know people will have our back, and we will have theirs.”