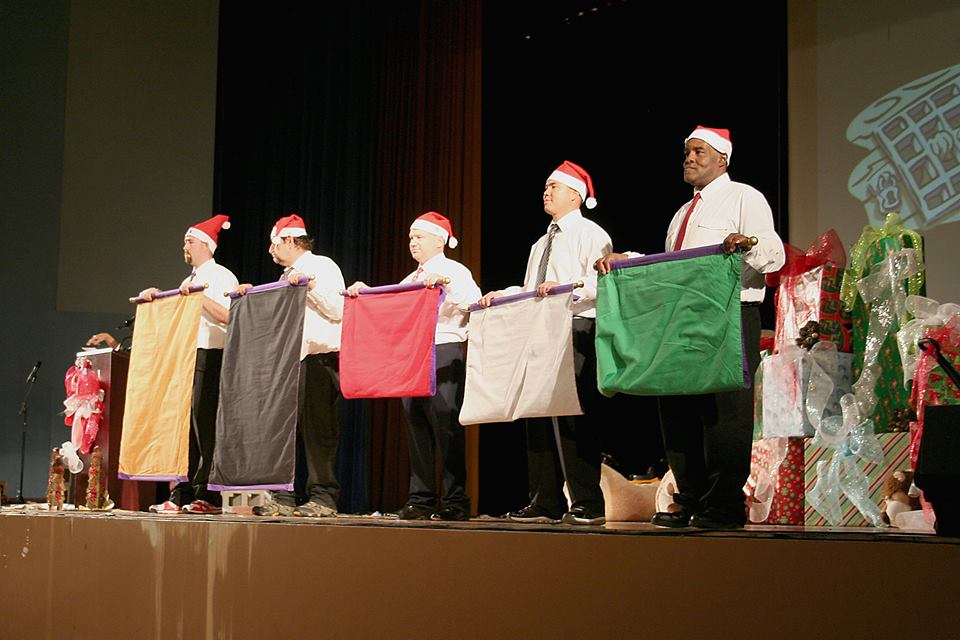 03 Jan Recovering Addicts Give Back at Children’s Toy Giveaway

Posted at 23:19h in Youth by RPadmin 0 Comments

The day before Christmas Eve, the Bay Area Rescue Mission held an event to give away toys to needy children. But it was the adult volunteers – many of them in recovery – who really inspired me.

The Bay Area Rescue Mission was established in Richmond in 1965, using the ground floor of an old hotel to care for 12 homeless men and serve them three meals a day. The mission expanded in 1971, incorporating assistance for homeless women and families.

On Dec. 23, that focus narrowed again, if only for a day: The mission’s Christmas assistance event, held at the Richmond Memorial Auditorium, focused on children, giving gifts to needy kids that their parents couldn’t otherwise afford. While the mission normally caters to the human needs of food, shelter and clothing, it also recognizes that childhood has its own needs — like the chance to own toys.

But the adults who volunteered had their own touching stories. Marvin Corbin, a 52-year-old man from Seattle, described himself as a recovering alcoholic trying to shape up for his family.

“I’m in the program (The Bay Area Rescue Mission) because I was drinking too much and my family is getting away from me,” he said, explaining that he hopes to use the program to put his life back together. “My daughter doesn’t want me around until I shape up. I want to see my grandchildren again; I don’t want to be drunk anymore.”

Chaplain Steven Robinson of Richmond said most of the volunteers came from the mission’s drug and alcohol recovery program, “and we want to show them that God has something planned for them. He wants them to be productive and lead happy lives, and to take the love that they have received and give it to others.”

Carlos Barrera, 35, from Los Angeles, said he moved to Richmond in 2013, seeking God.

“Just two years ago, I was lost and bound to the streets,” he said. “I was stuck in alcohol. I thank God for his grace and mercy that I’m here, getting involved and being productive, with the joy of the Lord.” He said he volunteered at the event “to share the joy God has given me…it is a blessing, because the kids can receive Christmas gifts, and we can see the smiles on their faces.” 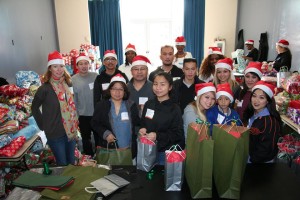 with the homeless and needy, and empower them to change their world.”

Listening to the volunteers tell their stories, I had to rethink my perception of drug and alcohol users. I had believed that if they became addicted, they wouldn’t try to stop; but there I stood, surrounded by former users, struggling to put their lives back together.

The volunteers taught me that anyone can change if someone believes in them; and that if they have the motivation, they can achieve anything they want.