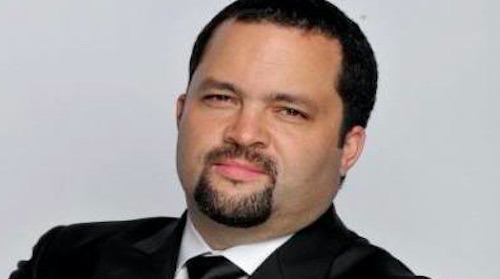 Posted at 16:20h in Politics by RPadmin 0 Comments 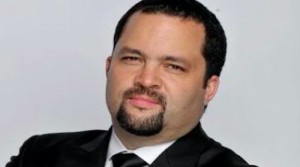 Editor’s Note: Former NAACP President Ben Jealous recently announced his support for the presidential campaign of Senator Bernie Sanders. He is now campaigning to help build the candidate’s support among African Americans and other voters of color. Elected NAACP president in 2008 at the age of 35, Jealous was the youngest person to head the civil rights group. He was interviewed by NAM’s George White.

From 2008 to 2012, you served as president of the NAACP, an organization that does not endorse political candidates. As a public figure, you’re now free to make an endorsement. Why are you endorsing Senator Sanders?

My generation was the first targeted in an era of mass incarceration that accelerated as a result of laws enacted in the 1990s. Our national priorities should include an effort to move us away from a society of mass incarceration to a country that provides better education and an economy that produces good-paying jobs. Senator Sanders is pushing for that shift.

Regarding my criteria, I look at the litmus tests that Dr. Martin Luther King, Jr., provided. He said the first test of genuine leadership is whether the candidate is a follower of consensus or a molder of consensus. Senator Sanders is a molder. The other consideration is the candidate’s stand on issues related to what Dr. King called the giant triplets – racism, militarism and greed. Bernie has been the most consistent opponent of the policies and politics that promote those anti-progressive attitudes.

After Iowa and New Hampshire, the presidential campaigns move to states that are more racially and ethnically diverse – South Carolina among them. Some say Senator Sanders will not garner enough votes from communities of color to get the nomination. What are your thoughts?

The mainstream media continues to tell us that African Americans will vote en masse for Hillary Clinton. However, I see a different trend – African Americans are increasingly turning to Sanders. As a volunteer surrogate, I will campaign for Bernie in South Carolina and other states. In the world of politics, the time we have to win more support in South Carolina is an eternity.

African Americans and Latinos have higher unemployment rates and studies show that black and brown communities have not benefitted as much from the recovery from the Great Recession. How would Senator Sanders address those disparities?

Historically, a leading cause of bankruptcy among African Americans is the cost of health care. Also, Latinos are among those more likely to be uninsured. The cost of medical care continues to be a threat to our communities. Bernie Sanders, through his advocacy of a national health care plan, will do more to reduce those costs. Also, education is a key to achieving the American dream and Bernie would make college free…He’s identified the primary political obstacle to a fairer economy that would help more people realize the American dream: unrestrained Wall Street spending on political campaigns.

As you know, there are millions of undocumented people in the U.S. living in the shadows – many of them Latino and many are Asian, the fastest growing immigrant population in the U.S. One Republican candidate says they should be deported and some candidates say the undocumented should never have a path to citizenship. Tell us about Senator Sanders’ views on immigration.

Senator Sanders supports comprehensive immigration reform. As a believer in the dignity of every person in this country, he would be the greatest champion of immigration reform we’ve ever seen in the White House.

We’ve all seen the spate of videos of black men being killed by police officers in situations that – in the view of most – did not require the use of deadly force. Policing is a local issue. What can a president do about this issue?

Senator Sanders is the only candidate who supports the creation of a national standard for the use of force. Others want standards to be defined on the local level – the status quo.

Senator Sanders has been outspoken about the threat of climate change. As you know, the NAACP’s Environmental and Climate Justice Program says contaminants from power plants and factories in or near communities of color are also a threat. In addition, the Michigan Civil Rights Commission recently announced it is investigating whether discrimination was a factor in state decisions that led to the Flint water crisis. Is environmental justice a Sanders priority?

Yes. He is a fierce defender of a clean environment for all. As president, he would take action to preserve our planet and would urgently address environmental injustices such as industrial contamination and infrastructure failures that are poisoning black and brown communities. With regard to Flint, he has called for the resignation of the governor of Michigan.

You’ve organized campaigns against voter suppression measures in a number of states. Senator Sanders says our political system is corrupt and rigged. If Sanders is elected, what would he do about these political participation issues?

There’s a connection between voter suppression and big money in politics. Senator Sanders is not just talking about the growing imbalance between the haves and have-nots – he’s also talking about reining in greed. The Koch brothers and other industrialists are making huge campaign donations as they contribute to the destruction of the environment. Bernie wants campaign finance reform and won’t take special-interest money. The average contribution to the Sanders campaign is $27. That’s why bankers fear Bernie. He’s shown that the people will fund a campaign when they’re concerned about our democracy.

We’re also going through the biggest wave of voter suppression since the Jim Crow era. It’s an attempt to suppress large numbers of progressive voters. Bernie’s campaign is creating the kind of enthusiasm we need for a large voter turnout. He’s showing how we can bring people together and change the system.