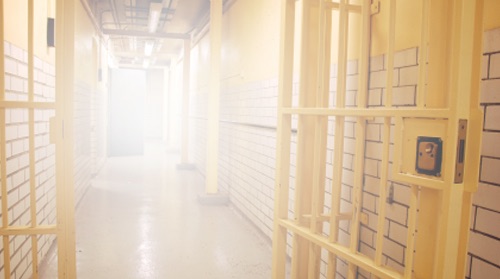 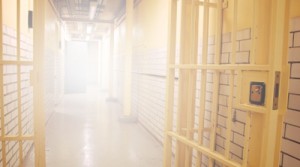 Pope Francis has declared 2016 the “Year of Mercy,” and that could not be more true for hundreds of people across California who are being redeemed by Prop 47. I’m not Catholic, but I am a man of faith who subscribes to the Gospel teachings of liberty and freedom from oppression.

While law enforcement agencies in the Central Valley warned that a rise in crime and recidivism would result from Prop. 47, statistics show that statewide fewer than five percent of inmates released under Prop. 47 have returned to prison.

I write this because, as an organizer with Faith In Action (FIA) Kern County and now its lead organizer and director, I helped organize the effort to pass Prop. 47. FIA Kern County contacted thousands of voters and encouraged them support second chances, and Prop 47 passed in 2014.

I am also a direct beneficiary of Prop 47.

In 1998 I was arrested for a misdemeanor offense. Upon my arrest and booking in Kern County Jail I was found with a small amount of methamphetamine (less than a gram). Under California law these cases are known as wobblers, and it’s at the District Attorney’s discretion whether to pursue them as felonies or misdemeanors.

The District Attorney decided to pursue my case as a felony, and I was sentenced to a year in jail, one year in a residential substance abuse program and three years of felony probation. As a young father of a newborn daughter I pleaded to the felony charge, no contest, and was allowed to do the program first and then modify my jail sentence. I entered a faith based program called Teen Challenge and successfully completed the program, and my one year jail sentence was dismissed.

As a freshman at Foothill High School in Bakersfield, I was one of two Brown (Chicano/American Indian) students in the GATE program and faced daily racial tensions from students and administrators. It was not unusual to get into fights with white supremacists, stoners and cowboys at Pioneer Park on a given afternoon. I was kicked out my freshman year and was sent to Highland High School, located smack in the middle of a gang war zone. I was soon arrested again, this time after being jumped by four students from different hoods.

I was eventually expelled, and spent the next several years in and out of various schools. Ultimately I ended up taking a full load of night classes, and graduated the summer of my senior year at East High in July 1995.

By the grace of God, a good church, and extended family I never did see the inside of one of the 22 prisons here in California. In 2003, I left to Santa Barbara and enrolled in community college there, earning a 4.0 my first semester. I became the Associated Student Body President, a MEChista and EOPS Peer Advisor. Returning to Cal State Bakersfield in 2007, I graduated with a Bachelors degree in History and a minor in Political Science.

I became a youth pastor in Southeast Bakersfield in 2008, working with kids facing the same challenges I did. It was at this time FIA Kern County recruited me to organize on their education team, then focusing on students at South High, which at the time had one of the district’s highest dropout rates at 25 percent.

I believe it was the my faith community, drug treatment, and school intervention counselors that saved my life. These are the institutions that Prop. 47 dollars should fund, not more investment in policing and jails – which is a concern among advocates of Prop. 47, and is completely contrary to the redemptive nature of the law.

The journey to redemption was paved by the mercy of California Voters. My felony was reclassified to a misdemeanor in September of 2015, thanks to assistance from the Kern Public Defender’s Office. Let’s make sure the law continues to live up to the Pope’s declaration.